The Girls in the Garden by Lisa Jewell Book Summary

One of People’s, Glamour’s, and BuzzFeed’s Best Reads of Summer, from the New York Times bestselling author of Then She Was Gone

“Jewell expertly builds suspense by piling up domestic misunderstandings and more plot twists than an SVU episode. It’s a page-turner for readers who like beach reads on the dark side.” —People

“Faithful to the thriller genre, Jewell makes liberal use of red herrings and plot twists… The answer to the whodunit is a sly—and satisfying—surprise.” —The New York Times

Imagine that you live on a picturesque communal garden square, an oasis in urban London where your children run free, in and out of other people’s houses. You’ve known your neighbors for years and you trust them. Implicitly. You think your children are safe. But are they really?

On a midsummer night, as a festive neighborhood party is taking place, preteen Pip discovers her thirteen-year-old sister Grace lying unconscious and bloody in a hidden corner of a lush rose garden. What really happened to her? And who is responsible?

The Girls in the Garden (Lisa Jewell) Book Reviews

Emdiggity - Fantastic... til the end

Loved 95% of the book, was nearing the end and was sad it would be over soon. I didn’t love the conclusion, so I gave 4 stars.

What can I say? I love the way this author writes, the fluidity of her words strung together making clever prose that captures your mind from the start. Her characters lives, personality and emotions are so multifaceted it’s impossible to find them anything but riveting, alluring, sometimes disturbing yet still so incredibly interesting you find yourself nostalgic when too soon the end comes and you carry those characters and think about that plot and how richly layered it truly was for far too many days after putting the book down.

I loved this book! The author did a great job encouraging the reader to suspect certain characters when at the end, the real suspect is brought to light! 🤯

This has been my least favorite of Lisa Jewell’s books. While I enjoyed the premise and always love her writing style, I wanted way more of the adults’ storylines and much less of the kids’. It also struck me that nothing was resolved in the end - a serious crime was committed and when the book ended, I still wasn’t clear on what had happened.

Love her novels. This one was great but the ending sort of disappointed me. Her characters are so rich and fun. And they just fell off a cliff (not literally) at the end. Still worth the summer read.

Kris Anderson, The Avid Reader - Not a fan of this novel!

The Girls in the Garden by Lisa Jewell is set in modern day London. Clare Wild and her two daughters, Pip (11) and Clare (12) have just moved into an open plan housing estate. The various buildings all back up onto a private park called Virginia Park (three acres). It is one giant backyard for the children who live in these buildings. The family had to move from their home because their father, Chris set fire to it (luckily no one was home). He wanted to stop the alien rat invasion that had infested their home. He thought he was saving the world (paranoid schizophrenia). Chris is currently in a mental health facility (they are putting him on new meds). Clare and Grace do not want any contact with him, but Pip writes him frequently. Pip is not allowed, though, to tell him where they have moved or any information that will lead Chris to their current whereabouts. Adele and Leo live across the way from the and they have three daughters (Willow, Catkin, and Fern). Grace quickly makes friends with the girls along with Tyler (another girl) and Dylan Maxwell-Reid. Pip is more of an observer. On July 5 (six months after they moved in) there is the Virginia Park Annual Summer Party. It is also Grace’s thirteenth birthday. Pip goes to look for Grace about 10 p.m. and finds her unconscious (and in a state of undress). Grace is in a coma with a broken nose. What happened to Grace in the park? The police are called in and they start questioning the residents. Will they be able to uncover what happened that night in Virginia Park? I found The Girls in the Garden to be an odd novel. It took me about four tries to get through this book. I have been trying to finish it since June (it was just hard to get into). The book is set up with Pip finding Grace in the park, then there is the “before” section. Grace is found and then we have the “after” section. The writing is satisfactory, but the pace is slow. At first it seems to be from Pip’s perspective, but then it changes to Clare, then Adele (it keeps changing). The letters Pip writes to her father are also included in the book along with childish drawings. I felt the author tried to put too many characters into the books. We have the main characters and then all the strange neighbors (Rhea with her giant rabbit was my favorite). All the various characters just muddles the story and confuses the reader. I give The Girls in the Garden 2 out of 5 stars (I did not like it). The book contains inappropriate language, large quantities of alcohol, and intimate relations (the majority of this is among the kids). I did not feel any suspense or mystery. The identity of the perpetrator is obvious (in both crimes). The ending is terribly unsatisfying (and very peculiar). This would be a good book for parents to read on how not to raise their children. After I finished the novel, I was just disappointed (and felt I had wasted four hour of my life).

Really enjoyed this until the last 10 pages, which were so unsatisfying that it made me mad I'd read the book at all. It felt like the author had a deadline but no ending and just threw something together at the last minute. Really annoying.

Enjoying the afternoon sun and a beer in the garden before heading out for a curry with my girls later on. 👍🏻

@WYP_CNewsome You too. Spent all morning in the front garden. Now out the back with the girls although it’s now qui…

@AsifChoudry: When Dad captures that perfect moment. Shooting some hoops in the garden with my girls. You’re up next @ImaanChoudry 🏀 htt…

When Dad captures that perfect moment. Shooting some hoops in the garden with my girls. You’re up next…

@GMMTV better not treat the female characters in meteor garden like F4's background. Even if I'm a shipper, I still…

Lisa Jewell - The Girls in the Garden Comments 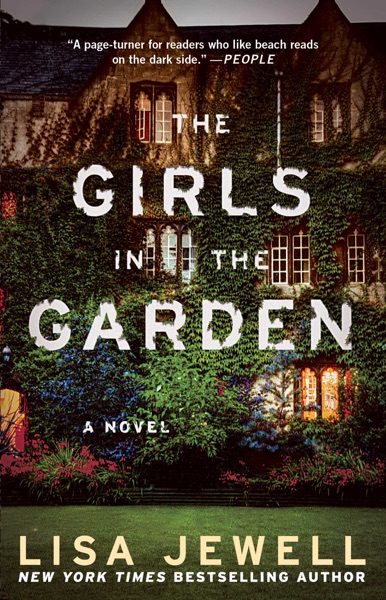 The Girls in the Garden Synopsis