Blood ties have an American police detective in Poland investigating a suicide that may have been murder.

In this darkly atmospheric suspense, a Philadelphia police detective visiting Poland gets involved when murder is suspected and the local police turn away. Adam Kaminski, with a delegation to Philadelphia's sister city, is meant to be a polite observer only. But a good man doesn't walk away when he sees wrong being done, and he's not about to start now.

Visiting his family's homeland, Adam's been warned by his superiors to be on his best behavior. In a country that has known centuries of wars and occupation, politics are complex and layered with old prejudices and loyalties impossible for foreigners to understand. But when Adam meets a Polish cousin in Warsaw who believes his daughter was murdered, Adam is troubled by the indifference of the police… and by the strange behavior of the delegation's Polish liaison.

Adam begins uncovering clues that point to the killer, clues that lead him inexorably into an investigation of the intricate web of Polish politics and the legacy of the Secret Police. But the past isn't always black and white, as Adam is forced to accept as he learns more about the killer and about his own family legacy. Will looking into the murder only beget more murder?

The storyline was good, yet felt a bit dis-jointed. The e-book addition definitely needs some work. I would turn multiple pages that had the same information I already read. It was extremely distracting and took away some of the enjoyment of reading in general.

It was a little difficult to get through the Polish words, even though there is Polish in my background, but despite that it was a good read

Great job on proofreading and grammar; quite an achievement given language and cultural differences of the story. Likeable enough characters, but more inter-action, please. For a mystery, this was hardly a page-turner. It took 500 pages to put a name to the left-handed knifer, then another 50 to dig up some proof. By then, I didn't even care! Yes, suspense should be built slowly but snail-paced is counterproductive. The sister-city concept sounded good both for family background and crime detection, but I was disappointed. Will I follow Adam's and Sylvia's far-from-torrid romance into the next book in the series? I think not.

This is a more of good mystery than I expected. The writer has a very descriptive style. It made me feel like I was there. The story is easy to follow and has twists and turns that slide right in to the story line. The second half moves along quicker than the first. But, it's still a good read.

Good story. An American in Poland, finding corruption, graft, and a political land mine. Kept me reading well into the night.

@SEHUNSVVI: pretty embarrassing for sment’s side tbh bcs even the dr jart team noticed how the agency is suddenly turning a blind eye wh…

@InnovatorsStore: Scientists have developed an artificial eye that could provide vision for humanoid robots, or even function as a bioni…

@Concerned482 @piersmorgan But DC was instrumental in Brexit - thats why he a target 4 our bias press. A "Remainer"…

i want this man as my ceo in kdramas where we meet each other & start developing feelings, but then turn a blind ey…

@AnneMar45451941: @BethRigby @VeryBigNews There's a big news story out but the US & British media ignore it! #Obamagate there's never an…

@ballumstartan she doesn't, at least for now. that's why I think she tells him to put a blind eye to dodgy shit for a reason

Talk about brilliant manoeuvring and getting more than what you bargained for with a superpower. Pakistan did that…

@griffiths_rj: @Squeezy64 @JuliaHB1 The media are more bothered about a bloke trying to look after his family than councillors and polic…

@AnneMar45451941: @BethRigby @VeryBigNews There's a big news story out but the US & British media ignore it! #Obamagate there's never an…

@NHSMillion He's only there because of media / public pressure. The government would have been far happier turning a blind eye.

@offlineceoman: It’s always amusing to see these Con Inc. buffoons decry ‘racism’ (whatever that means at this point) as the ultimate ev…

@NAAZA079: Never turn a blind eye on a reminder that’s gonna benefit you.

Some people decided to turn a blind eye on the country's situation and to go back to their normal lives. Restaurant… 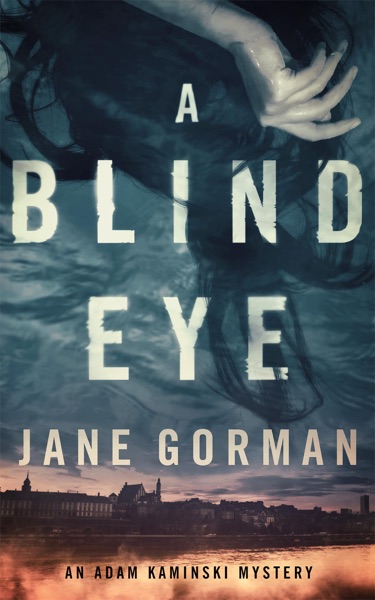