In this thrilling entry in #1 New York Times bestselling author Catherine Coulter’s FBI series, FBI agents Savich and Sherlock must discover who is trying to murder Venus Rasmussen, a powerful, wealthy society icon. They soon discover that the danger may be closer than expected.

Venus Rasmussen, a powerful woman who runs the international conglomerate Rasmussen Industries, believes someone is poisoning her. After Savich and Sherlock visit with her, someone attempts to shoot her in broad daylight. Who’s trying to kill her and why? A member of her rapacious family, or her grandson who’s been missing for ten years but suddenly reappears? Savich and Sherlock must peel away the layers and sift through unforeseen lies to uncover the incredible truth about who would target Venus.

Meanwhile, Special Agent Cam Wittier leaves Washington for Los Angeles to work with local Detective Daniel Montoya to lead the hunt for the Starlet Slasher, a serial killer who has cut the throats of five young actresses. When a sixth young actress is murdered, Cam comes to realize the truth might be closer than she’d ever want to believe.

With breakneck speed and unexpected twists and turns, Coulter’s Insidious will leave you breathless until the shocking conclusion.

Ninna Sue - Familiar but not as fun.

Balancing two stories left the fun and suspense a little thin. Not much depth of characters or real anticipation. A little bland. I love the people in the stories and their personal backgrounds. Helps me to evaluate character and know what to expect from them. Missing here. Guess I just want more content , twists and unexpectedness. Love your series but let’s get more of your depth in characters and storylines. Thank you

Terrible book, pedestrian writing. No flesh on the characters, the scenery is poorly described, I will not buy another book by this author.

Silly, didn't even finish it!

As always with Coulter books it was terrific & I wanted to read it straight thru! Can't wait for the next one! Love the Savich/Sherlock duo and now Cam & Daniel.

Save your Money 2 - Insidious

Both ridiculous premises, once you wade through the them.

INSIDIOUS, the 20th book in Catherine Coulter's FBI THRILLER SERIES, is a decent followup to NEMESIS, the previous book in the series, but didn't knock my socks off. In this book, married FBI Special Agents Dillon Savich and Lacey Sherlock investigate the attempted murder of 86-year-old powerful, wealthy society icon Venus Rasmussen in D.C., while Special Agent Cam Wittier flies to L.A. to help catch the Starlet Slasher. Having known Savich his whole life, as she and his mother were best friends,Venus contacts Savich for help in discovering who is trying to poison her. The only people eating with her the three times Venus got sick were her son and a grandson, but loyal household staff can't be ruled out. Savich and Sherlock don't want to accuse family without hard evidence, but it appears that someone close to Venus wishes her dead. The two FBI agents must work quickly to find the culprit and prevent Venus's murder. While Savich and Sherlock rush to keep Venus alive, Cam Whittier is in L.A. heading the investigation into the Starlet Slasher serial killings. A multi-municipal task force works around the clock to prevent more Hollywood starlets' deaths. Since the killer takes each woman's cellphone and computer or tablet, primary resources frequently used to help investigations, the task force lacks the immediate info to establish a connection between the murders. Cam has two resources that prove invaluable to get the info they need. Her parents, well-known actors who live down the street from one of the murder sites, know the ins and outs of the Hollywood scene and share their knowledge with the task force. Also, Cam runs into a friend from high school who is pursuing acting and who went to auditions with a few of the victims. The race is on to find the murderer before any more starlets are killed. I've only read two other books in the author's FBI THRILLER SERIES, and the set up in this book is similar--two concurrent but distinct investigations linked by using staff from the FBI office. In this book, I didn't get a good image of Savich and Sherlock, but I guess after 19 books, fans would know the characters inside and out. Cam's background and motivations were more fully developed, so I felt I knew her better. And her investigation was much more interesting. Though I enjoyed the plot and end of both investigations, they didn't seem to have much tension or subplots. And I felt as if I was getting two short stories instead of one compelling mystery book. So I give this book 3.5 stars. It's not a bad read, but if you're wanting to read a character-driven, tension-filled thriller, look somewhere else. If You Like This, You Might Like: TRACERS SERIES by Laura Griffin, FORGOTTEN FILES and THE MORGANS OF NASHVILLE series by Mary Burton, MAX REVERE NOVELSby Allison Brennan, ALL THE MISSING GIRLS by Megan Miranda, GOOD AS GONE by Amy Gentry, WITH MALICE by Eileen Cook * Read my other reviews on the Blue Moon Mystery Saloon blog. ** An e-galley was provided by Gallery Books and Edelweiss for an honest review.

Yesterday, I was feeling so defeated, so lost, so disgusted with the city of Louisville. Listening to Kenneth Walke…

@SElsworth4: @AriMelber The "Russia Hoax" element in the WH statement is the (more) insidious part and points to what is really being hi…

@NOMOREorg: Is your partner making you question your own memory, perception, or judgment? You might be experiencing #gaslighting, an ins…

@NOMOREorg: Is your partner making you question your own memory, perception, or judgment? You might be experiencing #gaslighting, an ins…

"We are actually funding the suburbs." I've never thought about this but he's exactly right This shit is SO insid…

@Louis_Allday: Here is a text book example of one of the most common & insidious forms of propaganda used by the media: omission. Any co…

@marcthiessen: Trump’s critics in the media have fallen into an insidious habit of taking his quotes criticizing the hordes who burn bui…

@dadthatwrites I agree completely. I also have no clue how to start tackling this. It starts at home/at birth and i…

@danirat @JoshBeall10 I agree. The healthiest spaces on the Internet are curated and/or have cultivated a culture o…

@funeralofchris: I see nothing wrong 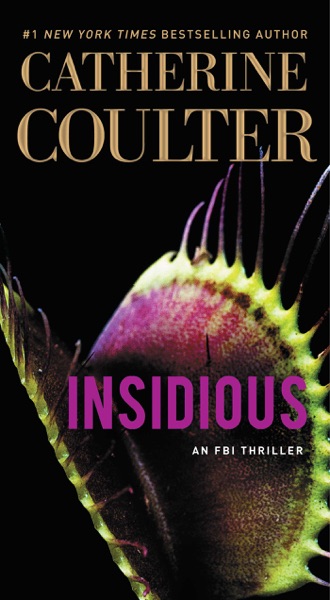