Murder in the Winter by Steve Demaree Book Summary

Murder in the Winter is the second book in the Dekker Cozy Mystery Series.  After a heavy snowstorm, homicide detective Lt. Cy Dekker walks out his back door to get in his car.  When he clears the snow from the windshield he finds a note someone has left for him.  The note says that this person is about to commit a murder that Cy cannot possible stop.  He also tells Cy where and when the murder is to be committed.  So, Cy calls his partner in crime solving, Sgt. Lou Murdock, and the two of them are off to check in at a remote inn on the outskirts of the county.  When someone dies right next to the two detectives at dinner one evening, they must go from one place to another, traipsing through the snow, in order to bring the murderer to justice.

I love this series. They are good clean books, and probably among the funniest I’ve ever read.

This book was painful to read on multiple levels. The humor wasn't humorous- it was pitiful. The main characters should've had coronaries by the third chapter and the plot was slower than a blue-haired Sunday driver on a rainy day. I should've just shot myself rather than finish this book.

Too much minutia and too little plot!

Enjoyed the book but a little tiring to hear about eating food so often. Staying it once or twice and we get the picture.

Having read a few books by this author, I just downloaded this one and give it a chance. However, even the description needs some major editing. In fact, after reading the details, I would have passed on this book—and I’m sure other readers already have due to the blurb that reads as if it were written by someone who isn’t familiar with the English language. I’ve found the authors stories to be interesting, very well thought out and creative! Please fix the grammar, spelling and sentence structure errors.

getlt - Murder In The Winter

@alysdragon: A Gothic coming of age on the winter streets of an English city. Monstrosity, murder and hidden desires, this is Dracula fo…

@barbyravenclaw: Bad Bunny is wearing this sweatshirt to bring attention to the murder of a trans woman named Alexa Negron Luciano in Pu…

@buckeye_in_PA @rickr541 Yes, but it would destroy the economy and most people would scream bloody murder when thei…

@spinubzilla: who has moisturizer recommendations my face gets so dry in the winter but my current one makes my T-zone greasy ok now tha…

@12PawsAnd2Feet Yeah, cold hurts. But winter is better for me bc my body has no idea how to regulate internal tempe…

Leaves in a Holocaust Wind: Robert Dawson’s wonderful novel, based on true accounts of the sufferings and murder of…

Some of the craziest stories come from Florida. Winter Park woman facing murder charges after leaving boyfriend i… 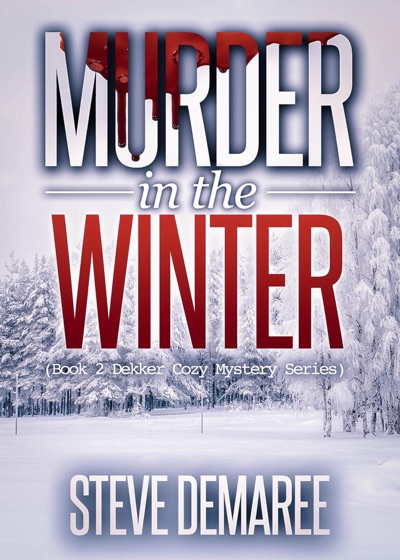 Murder in the Winter Synopsis