FBI agent Brandon Fisher trusts his team with his life—or at least he did.

It's only been six months since Brandon's boss almost died at the hands of a serial killer when the team is called to Savannah, Georgia. Human limbs have been pulled from the Little Ogeechee River—not from one, but from three separate male victims. As more remains surface and the victim count rises, the hunt for an active serial killer begins.

Establishing a profile on the killer isn't proving easy, though, and it's not until a peculiar discovery that the FBI gets a break in the case. If they're right about their theory, they'll need to convince the Deep South to give up her secrets to catch a killer. Only thing is, will the process stir up vivid memories for the agent in charge and compromise the team's safety?

Join the hundreds of thousands of readers who have already taken the plunge into a series that will take you into the minds of the most heinous and disturbing serial killers the world could ever imagine. Buy this international bestselling book today and hunt a serial killer alongside the FBI!

What readers have to say about Remnants:

★★★★★ "WOW!! And again wow. I thoroughly enjoyed this gritty, psychological, twisted thriller."
★★★★★ "The perfect thriller to keep you up at night…"
★★★★★ "The plot has that gripping intensity to it."
★★★★★ "Enthralling from beginning to end."
★★★★★ "Gripping & intriguing."
★★★★★ "A thrilling book, full of twists and turns."
★★★★★ "This book is gritty, sometimes almost gross, with plot twists that will keep you guessing for hours."
★★★★★ "This book was fast paced from page one. It had me sucked in, and I hated putting it down."
★★★★★ "All the details in this story are amazingly accurate."
★★★★★ "It's twisted, mind-reeling, and captivating!"
★★★★★ "Arnold makes the reader feel like part of the team as they track down every lead to solve this horrifying case."
★★★★★ "The plot is original and leads to an exhilarating ending that I was not expecting."
★★★★★ "If you like police/FBI investigative books, this is the one for you!"
★★★★★ "Wow! This book hooked me from the very beginning and didn't let go."
★★★★★ "If you're a fan of the Criminal Minds TV show, you are going to LOVE this book from the start!"

Gorey! Lots of background for the method of killing. Many possible suspects with multiple killers working together.Good til the end!

Couldn’t put it down! Another Carolyn Arnold novel that didn’t disappoint!

Just awful book. Never read her books again. Could not be worse . Boring

Reading Remnants was like watching Criminal Minds. Pasts were so gorgey you did not want to read but at the same time you are compelled to see how it ends. This novel will hold your interest until the end.

Remnants follows Brandon Fisher and his FBI team as they investigate a case involving body parts washing up on a plantation. The investigation is underway in this novel as more and more victims come to light. The killer is out there, but who is it?  This book was fast paced from page one. It had me sucked in and I hated putting it down. It's number six in a series and is the first book I have read. Even though it was a part of a series, it was easily read as a stand alone. I really enjoyed it and even hope to read more in the future. The characters were real and easy to like, while some were easy to hate. The story was detailed and descriptive and kept me guessing until the end. This book was a great crime mystery.

Outstandingly written. Suspenseful and a do not put down book.

Filled with nonstop action, FBI and police procedures, With twist and turns and excellent plotting, Arnold holds the reader's attention. Arnold crafted several worthy suspects in Remnants and developed them fully; never giving away the villain until absolutely necessary.. Reader also sees the story from the killer's perspective which greatly intensified the suspense in this story.I felt I was watching an episode of Criminal Minds or CSI; the story felt realistic. I felt the characters full-bodied and the police procedures accurate. It is intense, realistic, and relates to our world today as serial killers become more prolific. Additionally, I received this book from the author and chose to voluntarily review the book with an honest thriller suspense crime book/novel review. Reviews

Suspenseful thriller set in Georgia. Great if you are into procedural mysteries and ready for some creepy scenes. As many book bloggers, I receive a lot of offers of books every week. The synopsis of Remnants sounded very promising, so I succumbed and said yes. It was actually quite well done and I’m glad to talk about it today. NB for authors and publishers: work hard on your synopsis! I noticed that Carolyne Arnold’s Marketing & Sales Director, her own husband, provides even three different size synopses to the reviewers. Well done! The book opens in a mall in Atlanta, when a killer selects his victim. Then we are sent to Savannah four days later, on St Valentine’s Day, with four FBI agents in charge of a special investigation, as human remains were found on a nearby river and marshland area. The body parts actually belong to three different victims, all white men in their twenties. The discovery of a torso painted blue, its heart removed, opens unto some interesting cultural data. Many chapters actually alternate between the FBI agents and the killer’s actions and perspective. You really get the feeling you enter into the killer’s psychology. I’m not going to reveal more about the mystery. It is well built, with plenty of possible leads and red-herrings to keep you guessing for a while, and lots of suspense. Just a word of warning for a few violent sacrificial scenes… This is actually the sixth installment in the Brandon Fisher FBI series, but I never felt I was missing something. I got to know well profiler Brandon, his boss Jack, and the two other agents, Zach and Paige. They are sent two by two to interview various people all through the story, and it was neat to see how they were interacting and working together. Not sure why, but it seems that the common canon for many thrillers includes difficult issues in the personal life of detectives, policemen, and FBI agents. Nothing original here: each has relational problems with their friend or spouse. And the fact that they are called out of town on St Valentine’s Day, instead of having a date night, makes it even worse for them. What I really appreciated was all the procedural aspects of the work: you have the four agents on the Behavioral Analysis Unit, plus an anthropologist, the chief medical examiner at the morgue, a super smart analyst, and a few extra detectives. It was neat to see them brainstorm together, each helping to solve the case. Apart from the main heroes/anti-heroes, there are also plenty of colorful characters, weirdos, and very sick people. Reflecting upon this thriller, I realized there were actually a few points in common with another mystery set in the south (South Carolina) that I read some time ago, and even translated into French: Tell No Lies, by Tanya Ann Crosby. Some scenes in the marshes felt the same, the killer partly does similar things, but for different reasons, and he even has the same first name!

A great read with lots of twists. Great imaginative turns.

Interesting scenario. Much enjoyed. Look forward to next book.

A Muslim is also forbidden to eat pork. Pigs are not selective about what they eat and can be fed on garbage, on fo…

I had gotten so used to folding remnants (less than one yard) for the first three boxes, it was a little awkward wh…

So...apparently we have the remnants of a hurricane right outside my house ? Wasn't aware that was supposed to hit

@DammitErin: I just mixed the remnants of 3 separate boxes of pasta together for supper. Three shapes in one bowl. There is chaos is…

We should never forget that Trump supporters are the remnants of the Tea Party. This "movement" is not new. It was…

@_erinnh I’ve been really liking the ones from dippin daisy lately. They’re made out of bathing suit remnants and a…

@FinancialMail @karynmaughan The cause for protest was Clicks racist ad, why are remnants of 1652 Thugs omitting th…

And her eyes OPEN, crystal dew tearing and breaking away, the remnants of sleep upon her face- It is a new morn.…

@lister_lester: @markfollman The Cultural Revolution was a sociopolitical movement in China from 1966 until 1976... to preserve Chinese… 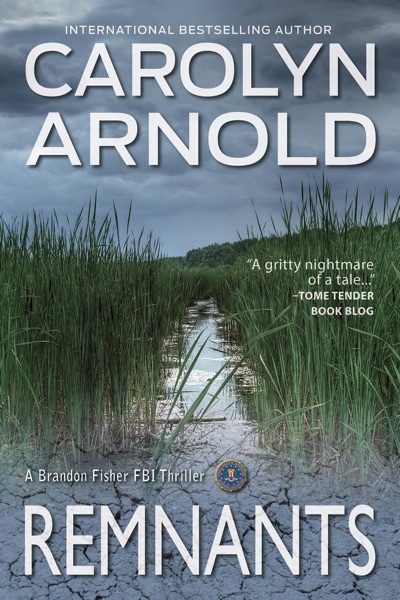