There's more than one way to keep a vampire up all night.

V-Date.com. It's the vampire dating site. And if you're a mortal who's getting a little too close to learning our secrets, I'm the guy who swoops in to make you forget. But don't worry: I only bite sometimes.

I was great at my job until I met Silver—sarcastic, sexy, spunky Silver. I can't bring myself to make her forget about our kind. About me. It's all I can do not to throw her down on the kitchen counter and have my way with her, fangs and all.

She says she's just looking for a good time, and I'm just the vampire to give it to her—over and over again. I went into this looking for a good tumble, but even I have to admit that things are changing between us. Good god, I want to hold her hand. In public.

Praise for Dating the Undead:
"Quick, sharp wit that sinks its fangs into the reader and doesn't let go!" —MOLLY HARPER, acclaimed author of Sweet Tea and Sympathy and the Half-Moon Hollow series

gonescrappin - Vampire with a twist

Love it! Instantly loved the characters.

It's fun and I'm sorry a bit to say predictable.

Dating the Undead puts a new twist on the vampire-human romance trope. I mean who would think of vampires using an online dating service? Definitely not me, but it works so well in the story. Logan and Silver are completely adorable and full of witty banter. I devoured this book in just a few hours and it had me laughing almost the entire time. Even though it is the first book in a series, it can be read as a standalone with no cliffhanger.  I voluntarily received an ARC of this book in exchange for an honest review.

glhince - add to the mix in varying ways, a tension-filled climax and a wonderful epilogue, this is a fun star

Silver is the ‘it girl”, clever, pretty, mouthy and independent, an independence learned with the disappearance of her mother several years ago. When her New Year’s Eve party from hell ends with a thrown drink, a well-placed knee and a stolen Chanel jacket, she’s heading home to lick her wounds and move on when she’s suddenly face to face with a green-eyed, gorgeous Irishman. With a Twist. He’s a vampire, as instantly attracted to her fear nothing attitude as her looks and humor, as she is to the gorgeous specimen in front of her. Offering to escort her home, she’s smart enough to lead him to a false address, slinking to her own apartment later. Patrick was a gypsy in life, a young man with healing skills, when he emigrated to London he ended up accused of murder. Imprisoned on a prison ship, he was close to death when an ancient turned him, with plans to create a gang of evil-minded, conscienceless vampires to do her bidding. Years of servitude and self-hatred, Patrick left his sire and was functioning in London, serving another ancient at his nightclub that caters to human / vampire interactions. Many things are different in this story: the skills, talents and lore of the vampires is different, and there are few who know the secrets: something that Scotland Yard is desperate to discover. Because of Silver’s history, she has been recruited to the cause, set up with an identity and account on the newly popularized V-Date, and asked to share any information she learns. On the other hand, Patrick has been tasked by his new Ancient, Ronin, to find and glamor this new human on the V-Date site, with the intentions of her avoiding all vampires and the site itself. Of course, Silver’s is the first name Patrick is given - and he just can’t bring himself to do it. For a debut offering, the story is clever, moves along reasonably consistently, although the inset from Scotland Yard played more of a part closer to the end, and served to wrap up some questions in Silver’s past neatly, while challenging her own conscience in her dealings with Patrick. And their connection is electric, with an easy humor that adds to the steam. Patrick is, at heart, a good man – desperate to be worthy of Silver’s love, now that he has finally found the one. With plenty of secondary characters that add to the mix in varying ways, a tension-filled climax and a wonderful epilogue, this is a fun start to a new series, making London a clear author to watch. I received an eArc copy of the title from the publisher via NetGalley for purpose of honest review. I was not compensated for this review: all conclusions are my own responsibility.

@nayaaaaaa__: Are they really “toxic”? Or did they just move to fast the first time, and now they’re dating at their own pace?🤔

@cowboij: so i’m dating this guy and he sent presents to my house but the note says they’re for mia mor. idk who the fuck that bitch is… 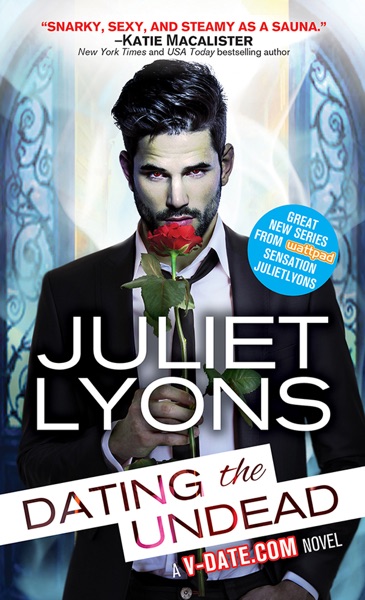