Every gift has consequences. . .

FEARLESS
Tasmyn Vaughn didn't expect much when her dad's job moved them to a small town in Florida; it was just another new school. But there is more to King than meets the eye, and soon Tasmyn's ability to hear others' thoughts is the least of her worries. Entangled in a web of first love, quirky and secretive townsfolk, magic and blood rituals, she discovers the town's secrets aren't just bizarre, they're deadly.

BREATHLESS
Tasmyn Vaughn is not having the senior year she expected. Her boyfriend Michael leaves for college, she's being stalked by a suspicious preacher, pursued by the hot new boy at school and blackmailed by her chemistry teacher--who just might be a witch. Tas needs all of her many talents--and a little help from unexpected sources--just to keep her head above water. . .literally.
RESTLESS
When she agrees to allow Ms. Lacusta to help develop her powers, Tasmyn has no idea how deep and dark the journey will become. Trapped between fascination and fear, she moves farther away from friends and family, even her boyfriend Michael. Leading a double life forces Tas into decisions that will threaten her sanity and her future and the very lives of those she loves.

ENDLESS
After the tumult of her high school senior year, all is right in Tasmyn Vaughan’s world. She’s attending college with her boyfriend, and she’s learning to control her powers. Everything is finally perfect, until it isn’t.
When her new part-time job leads to more than she bargained for, Tasmyn is thrown into a deadly fight against forces of evil that she didn’t even know existed. Mastering her extraordinary gifts along with the strength of an endless love may be the only weapon that can guarantee her a happily ever after.

I loved these books and I loved the characters and the story everything was amazing ! Would highly recommend to anyone looking for a fun exciting read !

Delightful love story of good vs bad with all the delight of a slightly paranormal story Kline and wonderful teen characters. Hard to put down. 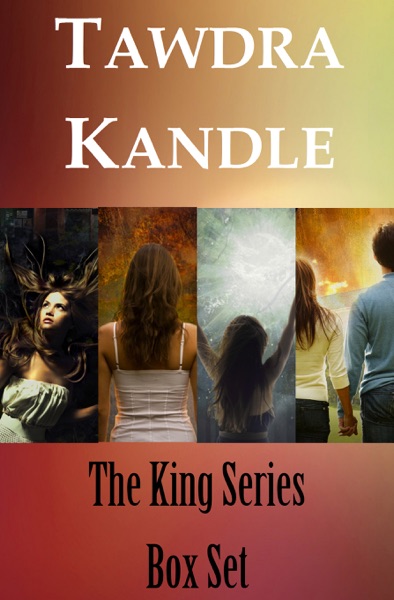