Published: 18 April 2017Book Score: 0/5This book hasn't received any reviews and votes yet!

No matter how fast or far you run, your past will follow...

Three years have passed, and Ally's memories of her kidnapping and torture still haunt her. Determined to keep her demons at bay, David refuses to leave her side.

The lies woven to protect come unraveled. Ally has no choice but to return to the land that once imprisoned her. This time, instead of the sociopath who tormented her years ago, she faces his angry brother. A brother whose thirst for vengeance threatens to destroy everything and everyone she holds dear.

Accolades for The Widow's Keeper

"The writing style pulls you in with a powerful hold on your heart. It is a book you don’t want to put down. It is written in a way that it was easy to picture each scene. It wasn’t long before I became a part of the story and each character held my full attention. Ally and I had long talks as I tried to pull her one way but she was hell bent on going another. She is one stubborn woman when she makes up her mind it is made no matter how much anyone tries to talk her out of it. David and I had a few chats too, I spent some time yelling at him. He made me just about cry. As much of a heart puller as book one was this one was is as well but in a different way and for different reason." - Cyn's Reviews

"Full of angst and action, this thriller is another epic page-turner. Ally once again faces her fears in this sequel but this time to save those she loves rather than herself. I appreciated the back story of David and Ally and enjoyed getting to know them as a couple. His steadfast loyalty and love gave her the courage to face the horrifying events she thought were behind her. Ally is given a rare opportunity of redemption and grabs it with both hands. Kishan Paul maintains a true, believable heroine who swallows her uncertainties and forges ahead with intensity and determination. The reader will cheer for her small successes and cry along with her bouts of sorrow and loss. The Widow's Keeper resonates with the anguish of "what-ifs" that are sometimes more horrific than reality. Yet in the end, we smile with Ally as we realize there is always hope for that second chance." - Aubrey Wynne, Bestselling Author

"What a great story. Life, love, losses, hope, etc. the people in this story are deeply embedded in your mind. Highly recommend. Cannot wait for the third book!"

"Having LOVED the SECOND WIFE, I was expecting THE WIDOW's KEEPER to pull at my heart and guts and it does not disappoint. What I absolutely love about Kishan Paul's story-telling is that none of her characters are only good or only bad. She has a way of making me sympathize with a villain even while hating him, and judging a hero even while rooting for him. The complexity of the characters are what make them unforgettable. I am looking forward to Eddie's story...and I KNOW I will not be disappointed :). "

"I absolutely adored the first book and wasn't sure where the follow up would lead. I need not have fretted, this one is just as moving and impressive." -Oscar

"Nothing short of amazing….The story that Kishan Paul has crafted in The Second Wife and now The Widow’s Keeper is hands down becoming a cult classic in my opinion...There aren’t enough words to express my extreme love for this book. I was thrilled to find out that the author decided to write a continuation to the first book and what a fabulous continuation this was. This is a stay up all night, finishing in one sitting type of read. It was THAT GOOD. Kishan Paul shredded me with her words and her intricately woven characters and storyline. Just to give fair warning, there are some dark and twisty parts, however, first and foremost this is a story of incredible strength, love and empowerment- in all different shapes and sizes"

The Avengers: Again, love me some Black Widow, so her opening scene is a keeper. I really enjoying seeing how every… 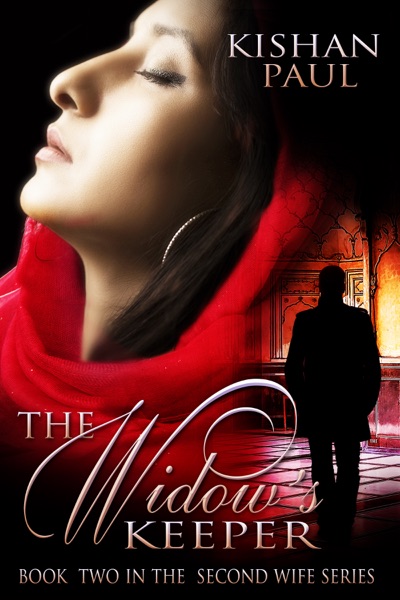