A Touch of Cinnamon by Bethany Lopez Book Summary

For the past year, Tasha has thrown herself into her catering business with her sisters, but she’s been keeping a secret. The hot, moody owner of Prime Beef, is the only man she ever loved. The man she left behind in college, and thought she’d never see again, until he showed up across the street.

For the past year, Jericho Smythe has been waging a war with himself. Did he want to know why Natasha had broken his heart and left without looking back, hell yes. But he’d found himself paralyzed by the glimpses he’d gotten of her at Three Sisters Catering, and knew he wasn’t ready for a confrontation.

Neither of them are content with their lives, but so much has happened in the time that has passed. Can the right amount of spice remind them of the love they’d shared? A Touch of Cinnamon may be all that's needed to give Tasha and Jericho back the richness they’ve been lacking.

I am not a prude but I like to be entertained with my reading and while the storyline was good the graphic sex talk and description took away from my entertainment.

Mag68 - A touch of cinnamon

By Bethany Lopez I love this series! I love how the sisters are there thru thick and thin and they are so supportive of the men in their lives! Bookbub

Tried to give the author a second chance, since the book was free. Still the same. Overly cutesy and dripping with cheesy dialogue and storyline.

This second book of the Three Sisters Catering series can definitely be read as a standalone but, as with any series of interconnected standalones, I think you would have a better appreciation of Tasha if you read A Touch of Salt first. Tasha is one of the co-owners of Three Sisters Catering. She returned home to finish college when her mother took a turn for the worse but didn't say a proper goodbye to her boyfriend, Jericho. Jericho is the owner of Prime Beef, a restaurant across the street from Three Sisters, and the boyfriend that Tasha left behind. They haven't spoken since the day that Tasha just disappeared from his life without a word but now that they are both going to be in a wedding, they need to be able to be in the same room and have civil conversations. I think Jericho will go down as one of my favorite heroes of all time. Everything about him was absolute swoon, from his house to his restaurant, even down to his cat. We all need a Jericho in our lives. Tasha is smart and independent but underneath that is a scared girl who needs to move past those fears so she can have an amazing life with an awesome man. There were parts of this book that had me on the edge of my seat furiously reading so I could see what would happen next. From the very first page, I couldn't put this book down. I can't wait to see what's in store for Dru! *This is my voluntary review of an advanced reader copy*

btw if anyone’s interested these vegan pancakes are literally made with one cup of oats, one cup of almond milk, a…

@FlikeNoir: 😂 Took a sec. I never ate pancakes so I just made an eggless cake dough wi a bit of cinnamon & baileys. Initial texture mean…

@kovaldistillery: KOVAL Bourbon brings notes of leathery tobacco, cinnamon, and a touch of mango sweetness (due to its unusual mash bill…

😂 Took a sec. I never ate pancakes so I just made an eggless cake dough wi a bit of cinnamon & baileys. Initial tex…

I made oatmeal for my dinner n Tonight.. Almond milk. A touch of cinnamon and some frozen fruit... To this delightf…

Trying to finish this story with a bottle of @scarletlanebrew Katrina Brown Ale. It has a touch of cinnamon and bro…

@coachgailg: @denver_rose Haha. Light touch of cinnamon and coconut flakes. It does not taste of bran, it's a yummy muffin (:

KOVAL Bourbon brings notes of leathery tobacco, cinnamon, and a touch of mango sweetness (due to its unusual mash b…

@denver_rose Haha. Light touch of cinnamon and coconut flakes. It does not taste of bran, it's a yummy muffin (:

One thing I do recommend is a tiny touch of cinnamon.

@Duanecia With some kind of milk and not water, right? Mix in all the things! This morning I added a touch of cinna…

@MPrebich @Mangan150 I make a low carb waffle made from garbanzo/favas bean flower. Add a little cinnamon and small… 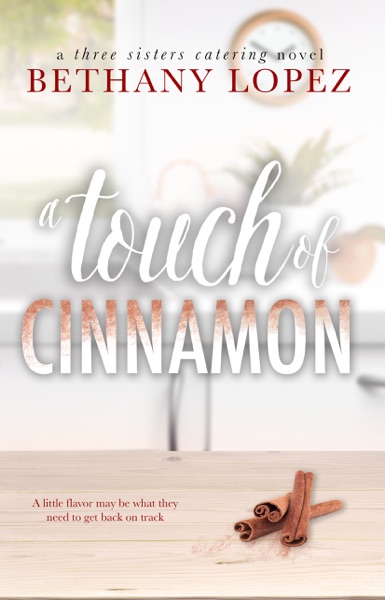 A Touch of Cinnamon Synopsis