Graham is my brother's best friend. He’s always been my protector and my confidant because he accepts me the way I am—and not many do. I can’t imagine not having him in my life.

Our weekend together was supposed to be a celebration. I graduated from college, Graham got engaged and signed with a pro football team, and my brother landed his dream job. It should have been the best time of our lives.

Except that the weekend started with me walking in on Graham's fiancée going down on my brother.

I complicated the situation by having sex with Graham after that, but I wanted to comfort him and, damn, when I saw desire in his eyes—for me—I couldn’t say no. I’ve wanted him for so long.

Now he doesn’t want to see me. He says he has a darker side he needs to protect me from.

Where do we go from here? Do I try to pretend to be his friend again or push him to open up to me and possibly lose him forever?

Sleeping with one of my best friends was not exactly a brilliant idea. It made things complicated, and I didn't do anything that threw my life into chaos. The fiancée her brother Jack, had stolen had been part of my life plan, one more step I was taking to be somebody. Granted, I hadn't been in love with my intended bride, but I didn't really know how to love anybody.

I pushed to achieve more.

I battled my way to the top of the heap in my pro football career..

I'm a total dick, and I don't want Lauren to see the side of me that would trample over anybody to work my way up in the world.

Lauren sees me as a hero, a title I'd never gain with anybody else in my life, so I wanted to keep her sheltered from the hard realities of my life. I wanted her to continue to think I was a nice guy when I was really just the opposite.

We never should have crossed the line of going from friends to lovers.

There's too much Lauren doesn't know about me, and I care enough about her that I don't want her to share my pain and the darkness that never sees daylight inside me.

I want her, but she's a woman I can never have. She's too smart, too sweet, and way too good for a guy like me.

Unfortunately, pushing her away becomes much more difficult than I'd planned...

Well done! Ms. Scott & Ms. Cardello have written a truly entertaining & steamy book. Graham & Lauren each have their own unique challenges in life. Although Graham has had more than his fair share. I loved the flow of their developing relationship, but I did think the focus on parts of Graham's past was a bit overdone. Overall, I’ve always enjoyed the friends to lovers type stories. I’ve always liked knowing the “hows” and “whys”, but felt the reasoning behind Hope and Jack’s betrayal was lacking. But that is probably just me, but I was disappointed there wasn’t really any visible start of a resolution between Graham and Jack, they were supposed to have been best friends after all. Overall, a fantastic story with a great pace that keeps you wanting to know what happens next. Those are always the best, most fun books to read. Now I would love to see these two authors come up with a book for Ty (definitely) and possibly even a HEA for Jack.

“Love doesn’t come with a playbook.” J.S. Scott and Ruth Cardello scored a major touchdown with WELL PLAYED! MY THOUGHTS: This emotionally-charged best friend’s little sister tale is chock full of love and lust, pent up longing, heartache, betrayal, smoldering passion, and searing romantic discord! I was truly swept up in a rollercoaster ride of emotions as two lifelong friends navigated their way through the highs and lows of falling in love! All these years Graham has been Lauren’s “honorary brother from another mother,” her protector, her confidant. There has always been a genuine affection and easy rapport between them— I just MELTED INTO A PUDDLE whenever he would clean his little peanut’s glasses with his shirt!— but after their botched drunken encounter it became clear there is a real spark between these two that goes way beyond platonic friendship. Both these characters were vibrantly drawn, with rich backstories and a wonderful shared history that's chronicled beautifully via poignant flashbacks that are woven seamlessly into the present story. Pro ball player Graham was PURE BROODY ALPHA MALE PERFECTION! Growing up in foster care, he has had a tough life, has mega trust issues, and is prone to violent outbursts, but tries to keep his inner demons at bay. He knows he isn't anybody’s hero, except as far as his “little Peanut” is concerned, the man she’d worshipped since she was 4 years old practically walks on water! And the best part? He worships her right back!!!! And as far as heroines go, Lauren was a TRUE JOY! I found her endearingly quirky, sweet and so relatable! Her “logical” approach to life was so unique and charming and you can’t help but cheer for this socially awkward brainiac, who has always felt out of Graham’s league, to land the hunky football star of her dreams! Together these MC’s were MAGIC! Their soul-deep connection resonated deeply, there was palpable push pull throughout and their passion interludes were blazing hot! But brace yourself because there are definite major interceptions along the way. Graham’s best friend's betrayal cut real deep, rousing deep-seated anger issues, reopening old wounds, and resurrecting his fear that he is incapable of giving or receiving love. But Lauren has always been his anchor in his storm of chaos and vows to stick by him, through good times and bad, even when he tries to push her away! Ultimately, these two have a ton of rooting value because they truly bring out the best in each other! I relished how Lauren always sees the good in Graham, and loves him unconditionally. Even when he can’t recognize his own self worth. And, in turn, he helps her see herself not as a freaky misfit but as a uniquely beautiful woman—HIS woman— who should step out of her comfort zone and live life to the fullest! Although at times I got a wee bit frustrated with the constant stops and starts between this beleaguered duo, overall I enjoyed the gradual transformation of this relationship from friends to lovers and positively ached for these soulmates to get their hard-earned HEA! FINAL IMPRESSIONS: WELL PLAYED was an ALL-STAR read that hit all the right marks and left me with a megawatt smile on my face!

"Well Played" by J.S. Scott and Ruth Cardello is a great read. I loved Graham and Lauren's story. This book has romance, passion, football, drama, friends to lovers, entertaining characters, and more. I'l love to read more about all these characters in the future! Highly recommend to all fans of romance, football, and friends to lovers.

I love when two well-known authors get together and write a book. I wasn’t disappointed with J.S. Scott and Ruth Cardello writing as both are gifted writers. Well Played has the making of a movie, a friend who been betrayed by his best friend and fiancé, the sister of the best friend who secretly loves the one betrayed. Graham an upcoming football star gets the surprise of his life when he goes to visit his best friend. Hurt and vulnerable he turns to his peanut (Lauren) for comfort. As Graham works through his problems, Lauren has her own insecurities to work through as she is a genius with some social handicaps. As things heat up, Graham runs the other way leaving Lauren to pick up the pieces. Lauren decides to go a journey of self discovery and is determined live her life. Can she ever forgive Graham for abandoning her? I enjoyed seeing Lauren grow and Graham come to terms with his own problems. This is a wonderful read full of passion, tears, courage, forgiveness and love and I highly recommend this book. I received a complimentary copy of this book in exchange for a fair and honest review Standalone: Well Played is a stand-alone Read. Characters: Alpha male and female genius, both searching for answers within their lives. Writing: Smooth, developed and keeps the reader engaged. Storyline: Struggles with friendships, relationships and finding their HEA. Heat: Sizzling 5 Koala Paws

Kellie124 - When you least expect it.

Graham had is life planned out he was going to achieve his goals no matter what and look good doing it. What he didn’t count on was one of his oldest childhood friends betraying him and the other one being the one holding the key to true happiness. Graham had always. Wen protective of lauren and her extra smart brain but he never realized that protectiveness would one day develop into to something a whole lot more. Lauren has loved graham in one way or another her whole life but now she knew she was truly in love with him. But she was more than smart enough to know she couldn’t force him to see her the way she saw him. Graham and Lauren are so adorable both navigating their own insecurities and learning how to trust each other and overcome past mistakes. When they finally learn to trust each other fully they both end up with exactly what they need.

This is the story of two people that are both struggling for acceptance in a world that can be very judgemental. Lauren is a exceptionally intelligent woman who has struggled all her life to fit in. Graham is a man struggling with his own demons while trying to keep his secrets from the people that love him. This story really touch my heart and brought tears to my eyes at times and it was very insightful and romantic! Also, I really loved how the story was told through the individual POV's of Lauren & Graham, it made the story flow easily.

@SwanseaLacrosse: Massive congratulations to our women’s 1s team who played royal agriculture today. First game back this year and they…

@Myrtle_Urkel: Every well-known role he has played is about him being black. So if don’t want to answer that question, don’t take them r…

Siren. That's a very inscrutable game but immensely satisfying to watch played well. If I ever play it myself and d…

Dawn-thanks for your tribute to #MarjDusay! I didn't know Marj once played #Vivian on #DAYS-indeed she did:) "when…

@EvertonNewsFeed Well, if a 16 yr old who has never played in premier league is worth 30 mil, i guess at least over 100 mil plus 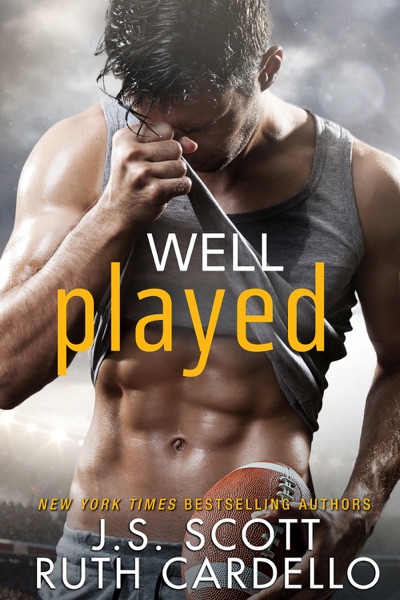