Published: 15 December 2017Book Score: 0/5This book hasn't received any reviews and votes yet!

When my friends draft me to plan their Christmas wedding, I’m not worried. I’m a natural organizer, even if I don’t know what to do with my life.

I figure a spectacular centerpiece is just what this wedding needs, and a world-renowned sand sculptor with ties to Bohemia Beach will be just the guy to create it.

But soon I realize my expensive impulse might cost me. No matter how talented Bennett is, he’s also a troublemaker, stirring up spats with the snooty caterer and driving me to distraction.

Worse, I can’t resist him, even as his merrymaking steers us toward a wedding-day disaster. The Christmas Eve deadline is coming up fast, my organized life is completely muddled, we have a critical shortage of mistletoe, and I’m losing my heart in the mayhem.

Bohemia Bells is a hot holiday romantic comedy featuring a heroine seeking a calling that will stick, a sand sculptor with a penchant for pranks, and stockings full of friends and fun. This is the sixth book in the Bohemia Beach Series, each a steamy standalone romance set among a circle of artists in the enchanting Florida city they call home.

THE BOHEMIA BEACH SERIES
While each title can be read on its own, the books have interconnected characters and settings, and you may wish to read them in order:
1. Bohemia Beach - Golden Quill finalist
2. Bohemia Light
3. Bohemia Blues - Golden Quill winner and National Readers' Choice Awards finalist
4. Bohemia Heat
5. Bohemia Nights
6. Bohemia Bells
7. Bohemia Chills

ABOUT THE AUTHOR
Lucy Lakestone is an award-winning author who lives on Florida’s east central coast, among the towns that serve as an inspiration for the hot romances of her Bohemia Beach Series. She’s been a journalist, photographer, editor and video producer but prefers living in her imagination, where the moon is full and the cocktails are divine. You can learn more about the author, connect with her on social media and sign up for her newsletter at LucyLakestone.com. 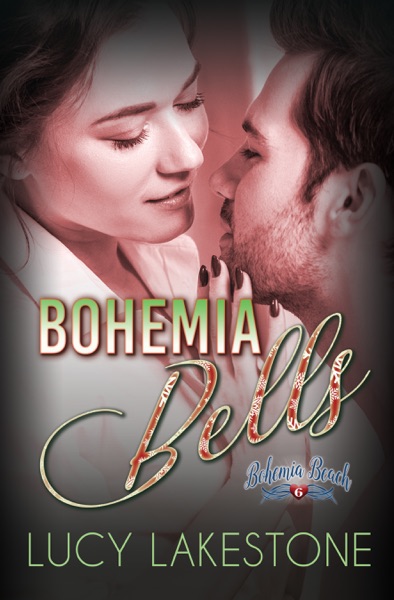