September 1875. With nearly six hundred passengers returning from the California Gold Rush, the side-wheel steamer SS Central America encountered a violent storm and sank two hundred miles off the Carolina coast. More than four hundred lives and twenty-one tons of gold were lost. It was a tragedy lost in legend for more than a century—until a brilliant young engineer named Tommy Thompson set out to find the wreck.

Driven by scientific curiosity and resentful of the term “treasure hunt,” Thompson searched the deep-ocean floor using historical accounts, cutting-edge sonar technology, and an underwater robot of his own design. Navigating greedy investors, impatient crewmembers, and a competing salvage team, Thompson finally located the wreck in 1989 and sailed into Norfolk with her recovered treasure: gold coins, bars, nuggets, and dust, plus steamer trunks filled with period clothes, newspapers, books, and journals.

A great American adventure story, Ship of Gold in the Deep Blue Sea is also a fascinating account of the science, technology, and engineering that opened Earth’s final frontier, providing “white-knuckle reading, as exciting as anything . . . in The Perfect Storm” (Los Angeles Times Book Review).

“A complex, bittersweet history of two centuries of American entrepreneurship, linked by the mad quest for gold.” —Entertainment Weekly

“A ripping true tale of danger and discovery at sea.” —The Washington Post

“What a yarn! . . . If you sign on for the cruise, go in knowing that you’re going to miss meals and a lot of sleep.” —Newsweek

@exlarson This triggered a good one for me, have you ever read this? Fascinating read that weaves history of how g…

Ship of Gold in the Deep Blue Sea E-Book Download 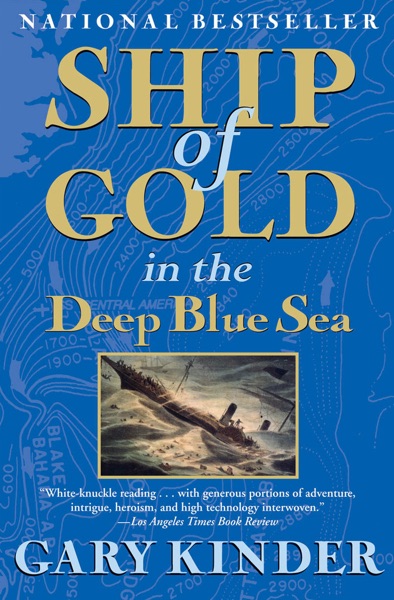 Ship of Gold in the Deep Blue Sea Synopsis