NOW A HULU ORIGINAL SERIES • NEW YORK TIMES BESTSELLER • “A stunning novel about the transformative power of relationships” (People) from the author of Conversations with Friends, “a master of the literary page-turner” (J. Courtney Sullivan).

ONE OF THE TEN BEST NOVELS OF THE DECADE—Entertainment Weekly

Connell and Marianne grew up in the same small town, but the similarities end there. At school, Connell is popular and well liked, while Marianne is a loner. But when the two strike up a conversation—awkward but electrifying—something life changing begins.

A year later, they’re both studying at Trinity College in Dublin. Marianne has found her feet in a new social world while Connell hangs at the sidelines, shy and uncertain. Throughout their years at university, Marianne and Connell circle one another, straying toward other people and possibilities but always magnetically, irresistibly drawn back together. And as she veers into self-destruction and he begins to search for meaning elsewhere, each must confront how far they are willing to go to save the other.

Normal People is the story of mutual fascination, friendship and love. It takes us from that first conversation to the years beyond, in the company of two people who try to stay apart but find that they can’t.

“[A] novel that demands to be read compulsively, in one sitting.”—The Washington Post

“[Rooney] has been hailed as the first great millennial novelist for her stories of love and late capitalism. . . . [She writes] some of the best dialogue I’ve read.”—The New Yorker

AneeshaSartorius - the ending is a bit upsetting

i finished the book in just two days i couldn’t put it down i enjoyed it much more than the show! just i would’ve expected the ending to be a bit more reassuring if you know what i mean. i like the book more in all just i enjoyed the ending in the tv series more. HOPEFULLY THERE WILL BE A SEASON 2

I have to give Rooney credit in that I read this all in one sitting and couldn’t put it down for a second. The way she writes the main characters makes you feel as though you’re learning some secret gossip about the popular kids at your school, and it is addicting the whole way through. My problem is that the ending of the book feels without conclusion. It almost seems like Marianne and Connell’s story concludes years and years down the line, leading us to some greater lesson about love and friendship that happens long after the last page. Perhaps the author wanted us to fill in the conclusion ourselves, or perhaps that is just the way intensely passionate relationships end sometimes, but either way, it’s unsatisfying.

DansReadingBooks - Hard to put down

Accurate portrayal of young people in contemporary society and the affects romantic relationships can have. Characters so realistic you can completely understand their thought processes and feelings. Instant classic!

This novel sent me through a whirlwind of emotions. It was all such a roller coaster, but the author ties everything together so beautifully. I love how real it all is

Y-D-K-M;/ - The impossible yet predictable ending

This book was so incredibly perfect. With all the romantic novels, this one just left me speechless. I got to hate and love the characters so many times that I thought the ending was just such a love gesture.

mbh139 - Vile: the only word to describe this book.

I cannot fathom that any human being would enjoy this book after the ending. Credit where credit is due, the writing draws you in and leaves you breathless and has filled me with so many emotions that I have to acknowledge is widely accepted as “successful writing”, but the number one emotion I feel is rage. The ending leaves the reader here with no possibility otherwise: Within the next three years of her life, Marianne will either kill herself or be strangled to death by a man in the bedroom with little or no objection from herself. Connell, will continue to become yet another man in her life who emotionally uses and abuses Marianne until her said death, where he will then kill himself as a reaction. This was a perverse hijacking of mental health issues to write a book. Normal People was written by Sally Rooney to see how deeply down the chasm of abuse, despair, self loathing, and hopelessness she could exploit two characters to sell books. It is repulsive. Do not read it.

So so so so amazing I could not stop reading. BEST BOOK

I really enjoyed this book, but boy was it EXHAUSTING. You’ll root and want the best for the two main characters, but they seem to be their own worst enemies at times. They’re both young and dealing with some major anxiety issues, so some of their behavior and silly decision making is understandable, but it can be a bit much. I will agree with some other reviewers that the book doesn’t really say anything, which for me isn’t all that bothersome, but a bit surprising considering some the topics it, at times, superficially covers.

I've just finished, and I'm surprised I could based on how quickly I almost put it down, solely due to the grammar and punctuation. Despite these constant and glaring writing flaws (it's a tense change mess), the author is able to tell a story that admittedly keeps a hold on you so that you see it out. She's able to do this through the realism of the two main characters, their bond, and the occasional insightful line (though for every hit there is a shallow miss) about the way the world works. The characters' inner dialogue while talking to each other, expressed on page, is so hypersensitive that it becomes somewhat unbelievable that they can't say what they mean to each other, and the large time gaps between chapters seem unrealistic and artificially spread out the story over 4 years or so. Solid average read if you can excuse the grammar and punctuation flaws.

How is it ok to publish a novel that doesn’t follow basic grammar? I couldn’t get past it... this writing wouldn’t pass sixth grade.

I am giving this book 4 stars because I am a sucker for love story novels. It follows two characters from high school to after college intermixed with politics, social class, etc. sometimes felt a little random when author throws in political references which don’t necessarily have anything to do with the plot which interrupted the flow of the story. But it was an interesting read and would recommend.

The worst part of this book is that the writer seems to believe that it is a story about deep character development and relationship investigation. When in reality it is a repetitive story of abuse and mental dysfunction. A meaningful use of time might have been a window into the development of self awareness and healing of the two main characters. Sadly this is a pretentious story about the dark world of depression and physical and emotional abuse. Waste of time.

I kept waiting for this book to get interesting. I’m still waiting......

I find this to be a very interesting book but I also think it took a left turn when she became submissive :actually she was all along but started acting on it with Jamie- I felt unfinished at the end- I wanted more! I liked the two characters and her writing

Solidly average read. Liked the premise of it and found it to be thought provoking but found the ending to be lacking.

Loved the 2 characters but the plot got repetitive and then the ending was just disappointing. On another note, how is this book listed under “Need a Laugh” category? Did anyone read it first? Definitely not a book that brings laughter.

Normal People by Sally Rooney is an exquisite dive into the dynamics of a romantic relationship. Rooney’s writing is smooth and the plot moves at a fast clip. For anyone who loves social commentary on the complicated lives of contemporary romantics, this is for you.

I liked this book a lot. The plot isn’t incredibly exciting, yet it was a real pager turner. You care for both the characters and root for them, even when they disappoint you.

I was so devastated when it ended I kept rereading the last chapters. Highly recommend !

Such a depressing book and lacked ending.

The characters are complex which I like, I tried so hard to like the book, but I couldn’t even though I still think it’s a good book

Such a great read, could not put it down!

Shirlsan - So different from what I could ever think it to be.

I can’t pinpoint exactly what this story is about but What I can say is it is about two young people who go through love in a sort of complicated way... but love is what continues to hold them together even when they’re apart. No one is normal and they certainly are not- but I think that’s why this title is so perfect. I very much enjoyed reading this story.

I have mixed reviews . Quite an Interesting read in the beginning - However, mid way down in the story, I felt author dragged and couldn’t keep my excitement going- At the same time I feel one need to have deep understanding of how important mental health is and what are the struggles of those who suffer from Chronic anxiety in order to understand the story -

It’s like reading your teenage diary except edited. Boring but beautifully told.

Do you drag people for their looks or are you normal?

Like, my normal response to "another 13,500 people are jobless" doesn't veer toward wicker futures.

@mikemajlak @mikemajlak agree 100%. I think it’s easy for people to spout reasons to go back to normal but I am sur…

@VoteAshcraft: If only everyone who's fighting so hard for things to "go back to normal" fought this hard to stop the killing of unarmed…

@skateordyke: americans on tiktok are so weird. "please don't use this sound it romanticizes russia" it's literally just a song in russi…

@shannonrwatts: Meghan McCain is trending so a reminder that she recently said people “protesting” with semiautomatic rifles is “totally…

Normal people "lose their home" like once a year, if not thru eviction thru landlords infinitely raising rents to i…

@almostfuckingdo: don’t let accounts on here convince you that you are unloved or a bad person- it is normal to not be liked by everyone…

@skateordyke: americans on tiktok are so weird. "please don't use this sound it romanticizes russia" it's literally just a song in russi…

@CrazeeFistaz A lot of people, especially white. Have tweeted some childish things in High School. Could be because… 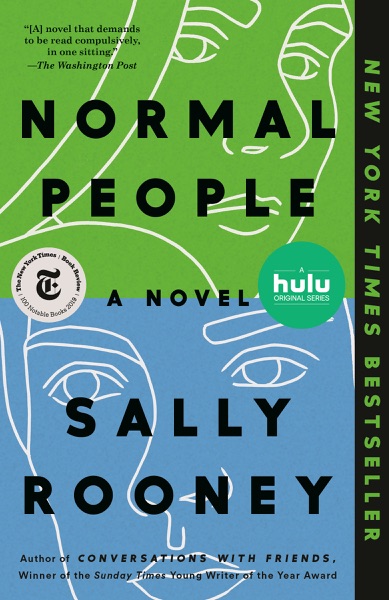