She was off-limits.
Eric Wilde has always known that Piper Lane isn’t for him. She is his younger brother’s best friend…and probably more. But that hasn’t stopped Eric from wanting her, from longing for the one woman that he can’t have.  Sure, he’s rich, successful—he’s built a security empire, and he’s got the world at his feet. Only he doesn’t have her.
He is the one man she needs the most.
Free-spirited Piper Lane has always considered Eric to be the enemy.  He’s seemed to resent her, and the guy just flat-out makes her nervous. Every time she’s around him, she winds up doing something horribly embarrassing. But, this time…everything has changed. This time, he’s the one man she needs the most.
Something is stalking Piper.
A stranger has broken into Piper’s home twice, and she feels like someone is following her. Watching her every move. She needs a professional to help her—so enter Eric Wilde. He promises her protection, he promises to put his best investigators on her case, and he even moves her into his house. Suddenly, the guy who has always been the villain in her life…he’s now playing the role of hero.
Everything will change as the danger mounts.
And maybe Eric isn’t so bad, after all. The more time that Piper spends with him, the more she realizes that her feelings for Eric are far more complicated that she ever imagined.  Desire explodes between them even as the danger deepens around her. Someone in the dark is targeting Piper, and he is determined that if he can’t possess her…then he will destroy her.
PROTECTING PIPER…a sizzling new romance from New York Times and USA Today best-selling author Cynthia Eden.

The story itself keeps you on your toes with the danger that lurks around the heroine. The story is very well written and the characters are quirky, valiant and entertaining.

Good read for the day, exciting and a cute ending.

I don’t typically leave reviews, good or bad, and I read a LOT. But I couldn’t let this one go. The story itself is fine. Pretty easy to figure out. Finished it in less than a day. But my issue was with the language the author used. Repeated phrases and words. It got super annoying. I’m from the south, even lived in the southeast for a while. I’ve never met a single person who uses the word ‘fellow’ five times in one conversation. It felt like the author was trying to use some combination of old English/southern/British slang? Throw in a few solid curse words and you’ve got the language down. I’m not sure where all the five star reviews came from but definitely not from this girl!

Couldn’t put it down, great book :)

Sex and danger, romantic and sweet! Great characters and good storyline. You will enjoy!

i loved this book ! if took me two days too finish it and i was forcing myself to close out the app, the plot twists and turns were amazing, i’d definitely recommend this to anyone who loves a complicating love story !!’

I don’t know how to not sound mean, but this book was not as good as the reviews led me to believe. I didn’t feel any connections between the lead characters, he seemed to growl every few pages, and she was constantly hurrying to keep up, even though he’s holding her hand. Is he dragging her along? And he’s in security, but grilling her on her sex life because he wants to know, less about potential suspects. And everyone wanted her for themselves? I thought it was a bit too much like There’s Something About Mary, without any humor. I will say the plot was a good idea, but there’s more that could’ve made the story better. I just started skipping pages to find out who the killer was.

Same book as Mine to take! Names and very few details were changed . What a Rip Off.

The characters had a charisma together and I love the plot. Having an intriguing and exciting plot is a must have for me and this did not disappoint. I look forward to reading more of this series.

“Listen Up:” if you love romance, strong, protective males and a female who is feminine yet strong, then you’ve found a good author. Although this series has the same line of body guard protecting someone and the “heat is there” it is the writing that draws you into the plot. You can connect with the passion of the main characters. In this story, Eric is definitely coming through loud and clear: a frustrated yet honorable man who is caught between the love of his life and her best friend - his brother. It’s not what you think, though. I enjoyed the book and I will definitely back track to read the first one (this is book 2) and read the rest of her series.

Great book! Captured my attention from the very beginning and loved all the twists and turns. I would definitely recommend.

Protecting Piper is an intense, romantic suspense involving two main characters that have secretly loved one another for years but misunderstandings have stood in their way. Eric is the intense part to this story. That man was so wound up and lost in Piper. He just really sucked at communication. He has believed for many years that his brother was in love with her so he stepped aside. When Eric finds out Piper has a dangerous stalker, he's done stepping aside for his brother. He just has to convince Piper they belong together while he keeps her safe from her stalker. Piper thinks Eric hates her. He's pushed her away for so long she doesn't even consider that he could have feelings for her. She is nothing but confused when he refuses to leave her side once he finds out about her stalker The majority of this book is Eric and Piper dancing around their mutual but secretive love for each other. It's the only reason I didn't love this book more. I wanted to see them reveal their true feelings sooner, but the stalker storyline kept things very interesting. The key things about this book is that you will get a jealous/protective alpha, a strong heroine that still has a sweet side, a love story that starts out as enemies to lovers, and a plot that will have you trying to figure out who the stalker is.

PROTECTING PIPER is the first instalment in Cynthia Eden’s contemporary, adult, romantic suspense series focusing on the men and women who work for Wilde Securities. This is owner and security specialist Eric Wilde, and artist/gallery owner Piper Lane’s story line. Told from several third person perspectives including Eric and Piper PROTECTING PIPER follows the enemies to lovers relationship between owner and security specialist Eric Wilde, and artist/gallery owner Piper Lane. Most of her life Piper Lane believed her best friend’s brother hated her guts. From the age of seventeen, Eric Wilde kept his distance from Piper Lane, a distance meant to quell the need and desire for his brother’s best friend. When Piper becomes the target of a psychopathic mind, Eric and his team at Wilde Securities, make it their responsibility to protect the woman Eric has loved most of his life. What ensues is the rebuilding friendship and growing romance between Eric and Piper, as Eric struggles to stay one step ahead of the person trying to destroy our heroine’s life. Eric Wilde has been in love with his brother’s best friend Piper for as long as he can remember. Hoping to keep his distance, Eric continues to push Piper out of his life but in doing slowly builds a wall between everyone concerned. Piper has no idea why Eric has such a hate on towards her but that hasn’t stopped her attraction to her best friend’s brother. The deaths of several people connected to our heroine, and attacks against both her personal and business properties will send Piper into the arms of Eric Wilde, where the palpable sexual attraction finds our couple together, for good. The $ex scenes are seductive and impassioned, without the use of over the top, sexually graphic language and text. We are introduced to Eric’s brother and Piper’s best friend, divorce attorney Ben Wilde; Wilde Securities VP and ex-SEAL Simon Forrest; security specialists Julia Slate and Rick Williams; Eric’s assistant Dennis; and tattoo artist Mark Rogue. Simon’s story line is next in Guarding Gwen. PROTECTING PIPER is a story of family, friendship, obsession and love. The premise is intriguing and suspenseful; the romance is spirited and passionate; the characters are energetic and strong. My one regret is that the identity of the guilty party is easily deduced.

It’s one depressing headline after another these days & this just caps it. Would that our government put as much ti…

“Protecting the vote is Defending our Democracy. We want Virginians to know that protecting elections is an ongoing…

@TimElmore: Preparing children for the future means increasingly letting them get used to the weight of responsibility by not protecting…

@COsweda: The gunman did not know who he was going to murder, but had a story: He was protecting two black men being threatened by Dani…

@paxitarchy Don’t you think though that as President, Trump should ultimately be protecting, not endangering the pu…

@GetRammed69 But piper is still brave for protecting our cops by taking on those five men.

@KBUSMC2: @realDonaldTrump is this the smoking gun that can show their plan??? We need to protect this source of truth why aren’t we ext…

@RevDuv: I put together a list of what biblical manhood is and isn’t. It is: patient, kind, and forgiving It isn’t: envious, boastful…

@JaneToegel: @GovTimWalz How the HELL do you think you're protecting Minnesotans when: You've killed our elderly in LTC facilities & nu… 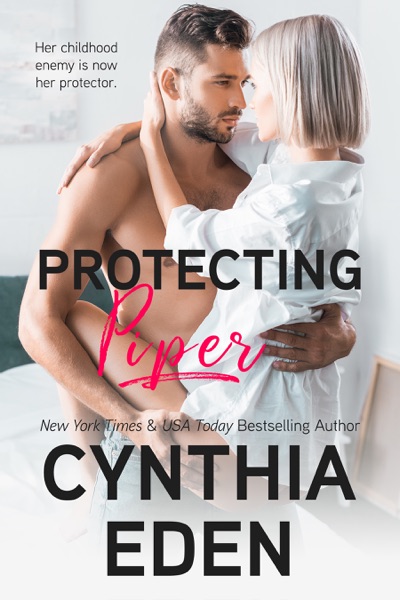