One Night of Temptation by Darcy Burke Book Summary

Faced with a marriage she can’t abide, Lady Penelope Wakefield takes drastic measures to preserve her freedom. Her brilliant plan is foolproof until a sexy but imperious rector “rescues” her.

Rector Hugh Tarleton has no patience for the Society philanthropists who seek to bestow their pity—and not much else—on his oppressed flock in one of London’s worst neighborhoods. When the daughter of a marquess is kidnapped and brought to the rookery, he vows to protect her, but the temptation to surrender to their mutual desire will certainly ruin them both.

Meet the unforgettable men of London's most notorious tavern, The Wicked Duke. Seductively handsome, with charm and wit to spare, one night with these rakes and rogues will never be enough…

This was a very sweet ending to a fun series. I enjoyed Hugh and Pen’s adventure. Hugh is my favorite type of hero, the celibate kind. Not a rake or a rogue, just a nice, kind man. And poor Pen! Hugh was just the hero she needed. I enjoyed this novella. The writing is good and there is nice character development for a short format. I don’t love novellas but that’s generally because I would like to spend more time with the characters. This series worked well because of the reoccurring characters so you get the chance to meet them in the previous books before they became the H/h of the next book.

Lady Penelope Wakefield has a kind heart and wants to marry for love even though she has seen little kindness or love in her home. Her father wants to marry her off to an odious old man (for his own benefit). To escape the marriage, she plans a pretend kidnapping complete with ransom notes, and plans to be gone just long enough to make her parents and the lecherous suitor think she is ruined. It seemed to be a sound plan, but it turns out to be a real kidnapping. She had trusted the wrong person. Fortunately, Hugh Tarleton comes upon the scene and rescues her. Hugh is a wonderful character. He disdains society and their superficial attempts to help the less fortunate. He is a caring man dedicated to his parishioners. They stay up most of that night getting to know each other. He treats Pen with the same protective care and delivers her safely home, but to what? After a bit of soul searching, Hugh decides that he wants to marry Pen. He needs a plan. Who should he go to for advice? He decides to get a little help from his friends (and their wives) at the Wicked Dukes Tavern. Before the plan plays out, there is a confrontation with Pen’s angry father and the Bishop. How does everything turn out? You have to see for yourself. The Wicked Duke is a successful tavern owned by Caleb Sutton, the Duke of Colehaven and Valentine Fairfax, Duke of Eastleigh, the original Wicked Dukes. In One Night of Temptation we meet yet another charming, sigh-worthy patron, sadly the last of London’s most notorious tavern. Hugh and Pen have a lovely story. I enjoyed and happily recommend it. Each of the couples in these stories have learned about themselves and each other. They have found love and acceptance – family. As predicted, The Wicked Dukes Club is an awesome series by Darcy Burke and Erica Ridley. I received an ARC of this book from the publisher via NetGalley. My review is voluntary.

Loved Hugh, the rector of St. Giles. He rescues Lady Penelope (who cooked up a scheme to avoid marrying the father of her deceased betrothal). Who knew a rector could be so tempting? Recommned.

One Night of Temptation is the sixth book in The Wicked Dukes Club by Darcy Burke. I truly enjoyed this book up until the last few chapters. Hugh Tarleton is a wonderful character. He is a man of kindness, integrity and everyone’s favorite rector. When he discovers Lady Penelope Wakefield in serious trouble in the slums of St. Giles, he does all he can to help her. Penelope is also a likable character. She’s been sheltered her entire life and groomed to make a wealthy match within the ton. When she finds herself betrothed to an elderly ogre, she makes up a daring plan to escape the marriage - a plan that goes awry. My biggest angst with this story is the blatant inconsistency with Hugh’s character. He serves more than just the people of St. Giles. He serves God. His ending actions don’t reflect that relationship. On the whole I have loved this series. This is the first story that I felt disappointed in. Although the writing is excellent, I just didn’t feel that the character of Hugh stayed consistent with the man portrayed in the story. I was gifted a copy of this book.

I received an ARC of this book to read in through NetGalley in exchange for a fair review. Once Night of Temptation by Darcy Burke is the sixth book in the series Wicked Dukes Club that she writes jointly with Eric Ridley. Darcy writes the even numbered books and Erica writes the odd numbered books. You could read this as a stand-alone but I have very much enjoyed reading the other books in the series. Lady Penelope Wakefield is desperate to get out a marriage her parents have arranged with a gentleman old enough to be her grandfather and who is frankly quite nasty. Her desperation leads her to arrange a false kidnapping and that turns out to be a bit of a disaster but thankfully she is rescued by Rector Hugh Tarleton who is handsome and kind and just what one would look for in a husband if only she was not the daughter of a marquess. Perfect read for a sunny afternoon. Medium steam. Publishing Date June 25, 2019 #OneNightofTemptation #DarcyBurke #WickedDukesClub #DarcyBurkePublishing

ONE NIGHT OF TEMPTATION is the sixth and final instalment in the historical, romance WICKED DUKES CLUB series co-authored by Darcy Burke and Erica Ridley. ONE NIGHT OF TEMPTATION by Darcy Burke focuses on Rector Hugh Tarleton, and twenty-one year old Lady Penelope Wakefield, and can be read as a stand alone without any difficulty. Told from dual third person perspectives (Penelope and Hugh) ONE NIGHT OF TEMPTATION follows twenty-one year old Lady Penelope Wakefield, the daughter of the Marquess of Baber, as she devises as plan to escape a marriage to a man twice her age, a plan that goes afoul when her scheme to be kidnapped turns dangerous and real. Enter Rector Hugh Tarleton, the man who would rescue our heroine from uncertain fate, and the man with whom Penelope will fall in love. What ensues is the quick building relationship and love between Penelope and Hugh, and the potential fall-out as Penelope’s parents insist she marry the other man. ONE NIGHT OF TEMPTATION is a quick read; a sexy, engaging and delightful historical romance that culminates in a marriage of love. The premise is enchanting: the characters are energetic and flirty; the romance is fun, fast and fabulous.

This story surprised me in the very best of ways. When it started off, I had no idea how it was going to get us where it looked like we were going. First off, we have our clergyman hero. All Thorn Birds references aside, I was a little concerned by the possibility of intimate encounters with a man of the cloth. The author handles the situation with a deft skill I can only admire. But this paled in comparison to the obstacles of our heroine’s parents, the fiancé her father wants her to marry, and the very large difference in the social stations between Penelope and Hugh. This was all handled with some delightfully clever plotting that brought all the previous books’ heroes and heroines back to play. What we get from this is the adorably sweet, yet still a little spicy, story of Penelope and Hugh overcoming the odds. I have thoroughly enjoyed this series and I find I’m reluctant to say “goodbye” to these characters. I received a complimentary advanced copy of this book from the author through NetGalley.

Sadly this is the last book in the series. I may just have to start it all again! As in the other books a strong female lead is trying her hardest to create her own future, even if this one involves kidnapping. Lady Penelope Wakefield is desperately trying to find a way to get out of an engagement her parents are arranging for her. She decides that if she doesn’t help herself no one else will. Little does she know that Rector Hugh Tarleton can’t stop himself from helping anyone. During their night together they begin to fall for each other. They share secrets, evade the authorities, grow to appreciate each other and have moments of temptation interrupted. As a reader you feel for these two at every twist and turn. This story is all about support. Regardless of social level the the members of the Wicked Dukes Club support each other because it is the right thing to do. The wives and husbands of the previous books are there to support Pen and Hugh. You just know that they will be more important to each other than Pen’s family will be. I really enjoyed the humour between Pen and Hugh, especially when it related to his name. It’s a bit of a Dad joke that you can’t help but smile at it.

@Tasnyx before last week, i'd only seen one paul schrader movie (a life in four chapters) then i watched first ref…

more men! I promised myself I would be so busy I would have no time for men. But sex, that was a different story. C…

Ever heard of the scared boy who walked past the cemetery one night? As long as he walked casually and whistles mer… 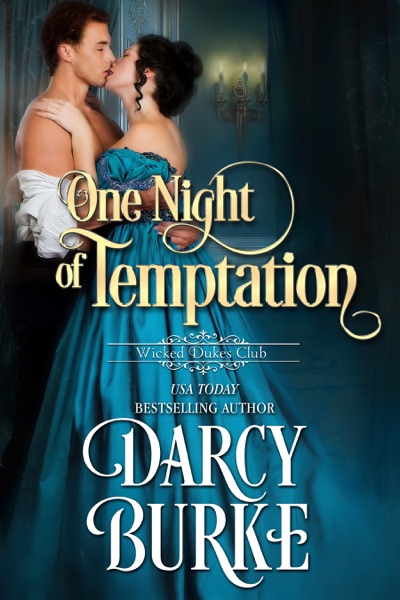 One Night of Temptation Synopsis