Finally, the continuation of the It's Reigning Men series, set amidst the opulence and splendor of the Tuscan wine country, with the first three books bundled together for the first time...

Love the wine you're with…

Alessandro Romeo is burned out after finally extricating himself from a nearly year-long relationship with a hot-tempered Italian model who set fire to his Lamborghini when she suspected him of cheating. He's sworn off the fairer sex and instead spends his waking hours overseeing the expansion of his family's hugely successful winery in the magnificent hills of Chianti, happy to never see, let alone date another model ever.

Supermodel Taylor McFarland might be blond, but she sure isn't dumb. And she's smart enough to know to avoid the shallow men who seem to migrate toward her type, the ones who presume that models are the wild women of the fashion industry who happily discard men like used tissues.

Only Taylor's not that type at all; instead, she's intent on using the influence her position affords her to help those less fortunate than she.
But when her good deeds mean clashing with the heartless Italian womanizer who she'd heard left model Gia Sandretti at the altar, she's happy to give him a piece of her mind, and certainly not a piece of her heart.

Trouble finds Matteo Romeo whether he seeks it out or not. Long regarded as the black sheep of the famed Romeo winemaking family, he's hardly surprised when he finds himself in yet another predicament, this time harboring a strange woman he's discovered hiding in a tool shed just as the grape harvest gets underway.

Lizzie Moretti has long prized her independence, wandering around the world, working odd jobs to earn just enough money to keep on the go. Forced to flee an aggressive host while working on a farm in Tuscany, she seeks the shelter of a tool shed until she can figure out a plan. Alas, it's on the estate of the wealthy Romeo family on the eve of the grape harvest, when strangers like Lizzie are most unwelcome.
She's never put down roots. And he can't seem to escape the roots that sometimes feel like they're strangling him. They both walked away from family, but can they find salvation in the very family they've tried to run from?

Look who's grown up now…

Valentina Romeo loved a romantic wedding, and couldn't wait to serve as an attendant in her favorite cousin Prince Luca of Monaforte's upcoming nuptials. She and Luca had reveled in childhood summers at the family estate on the Ligurian Sea. Many of her fondest memories were made there, along with one of her most humiliating, when Luca's college roommate Parker shunned her brave declaration of love.

Parker Hornsby hadn't been back to Monaforte since he was in college, when he'd spent a glorious summer at his best friend Luca's family beach home. The fun was marred only by Luca's younger cousin Valentina, who could barely mask her crush on Parker, forcing him to set her straight before she got her hopes up. The last thing Parker wanted was to be accused of going after his friend's jailbait cousin, even if she was about the sweetest fourteen-year old girl he'd ever met.

But when he returns to Monaforte, paired in Luca's wedding with Valentina, all bets are off on whether he can restrain himself from the beautiful—and fully grown-up—heiress to the world-famous Romeo wine label, or whether he remains the nemesis she thinks he is. 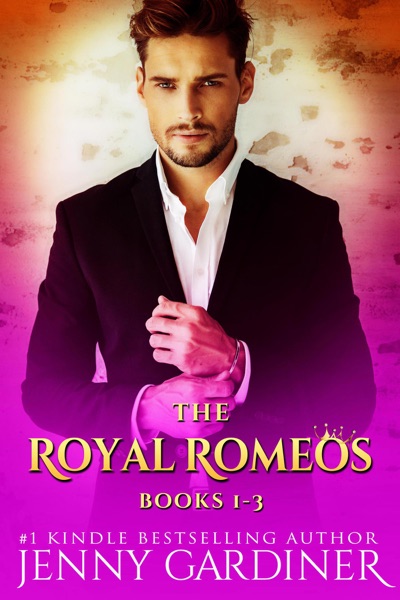