Ever since photographer Lacy Maguire caught her ex playing Pin the Secretary to the Elevator Wall, she's been content with her dog Fabio, her three cats, and a vow of chastity. But all of that changes when the reindeer-antlered Fabio drags in a very desperate, on-the-run detective who decides to take refuge in her house—a house filled with twinkling lights and a decorated tree. (Okay, so it's February, but she has a broken heart to mend, a Christmas-card shoot to do, and a six-times divorced, match-making mother to appease.) For the first time in a looooong while, Lacy reconsiders her vow. Because sexy Chase Kelly, wounded soul that he may be, would be an oh-so-delicious way of breaking her fast. Now, if she can just keep them both alive and him out of jail . . .

At the end of the book, get a sneak peek at Christie Craig's newest book in the Divorced and Desperate series, Divorced, Desperate and Dangerous, coming in November!

And as an added bonus, you'll also get a look at the first four chapters of Reborn, the first book in the YA paranormal series Shadow Falls: After Dark, that Christie is writing as C. C. Hunter!!

I spent the day with this book instead of doing any chores. I just didn’t want to put it down. What a great read.

Christie Craig. You are now one of my fav authors. I am 68 years old and have read loads of books and loved many authors. You’re good, girl. Your story and characters were excellent. I thoroughly enjoyed your book. Now, on to the next in the series. Thank you. Catherine M.

Great read! Couldn't put the book down-action and suspense and laugh out loud moments too.

@Christie_Craig: Lacy Maguire has sworn off men. But sexy, on-the-run detective Chase Kelly might tempted her to break her vow of chasti… 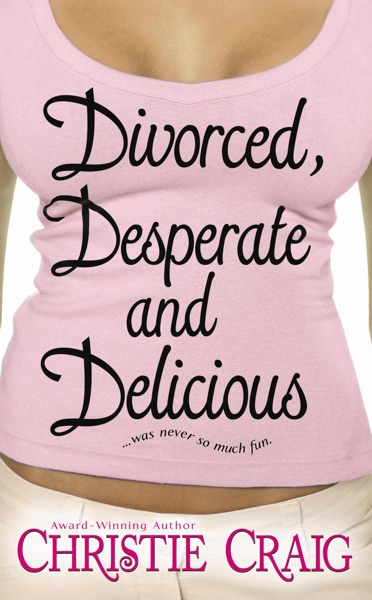