"The Glass Hotel may be the perfect novel for your survival bunker."
--Ron Charles, The Washington Post

From the award-winning author of Station Eleven, an exhilarating novel set at the glittering intersection of two seemingly disparate events-a massive Ponzi scheme collapse and the mysterious disappearance of a woman from a ship at sea.

Vincent is a bartender at the Hotel Caiette, a five-star lodging on the northernmost tip of Vancouver Island. On the night she meets Jonathan Alkaitis, a hooded figure scrawls a message on the lobby's glass wall: "Why don't you swallow broken glass." High above Manhattan, a greater crime is committed: Alkaitis is running an international Ponzi scheme, moving imaginary sums of money through clients' accounts. When the financial empire collapses, it obliterates countless fortunes and devastates lives. Vincent, who had been posing as Jonathan's wife, walks away into the night. Years later, a victim of the fraud is hired to investigate a strange occurrence: a woman has seemingly vanished from the deck of a container ship between ports of call.

In this captivating story of crisis and survival, Emily St. John Mandel takes readers through often hidden landscapes: campgrounds for the near-homeless, underground electronica clubs, the business of international shipping, service in luxury hotels, and life in a federal prison. Rife with unexpected beauty, The Glass Hotel is a captivating portrait of greed and guilt, love and delusion, ghosts and unintended consequences, and the infinite ways we search for meaning in our lives.

Started off strong, then just rambled to a dull ending

It is rare and beautiful. Feel of envy. Ghosts. Betrayal. Truth. And mostly love. Thank you.

Sparkling and haunting. This one will stay with me

@CestMoiz: Staying at a hotel during one of my travels some years ago, we saw a small kid run into a glass door. Five minutes later my o…

31. Would you rather live in a epic tree house high in the woods, in a glass house by the ocean, in a cabin in the…

Workers install the facade at One Young Street in downtown Kitchener, Ontario, on the site of the former Mayfair Ho…

@ChelseaCirruzzo The Renaissance Hotel on 9th St NW has an awesome wall hanging of Metro map, embroidered behind ra…

3 of 5 stars to The Glass Hotel by Emily St. John Mandel

@RalphGerber5: @G_TheOriginal When Trump won the election in 2016, Hillary’s idea of “going quietly into the night” cost a little over $…

@MilkteaMomoko: Thinking about being pinned against the glass window of a hotel room several floors up high late at night and having my…

@mastropotato @newmacdroitwich Definitely the sort of hotel where a glass of orange juice would be considered a starter.

I did NOT leave trash on the floor. I did NOT break glass and leave it on the floor, and i did NOT smoke in the roo…

@helsiebaby i think it was a victim of the hype, i found it quite slight and wasn’t as moved as people generally se…

@ChelseaCirruzzo did you like station 11? i’m reading the glass hotel right now it is fantastic!!

@RalphGerber5: @G_TheOriginal When Trump won the election in 2016, Hillary’s idea of “going quietly into the night” cost a little over $… 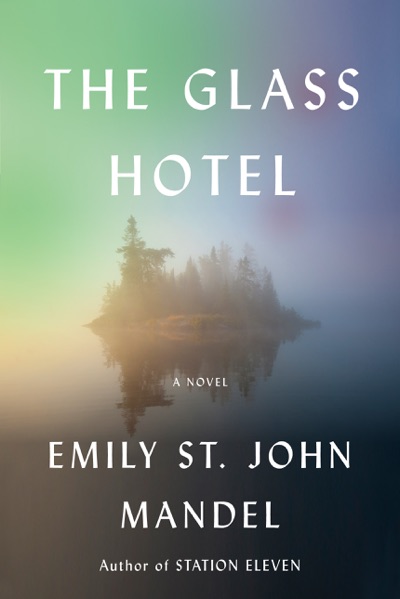