Working at a lingerie store, she helps bored housewives, spicy sorority girls, repentant husbands -- and everyone in between. Yet no one sparks her interest more than Jared Gaines, the ultra-rich, ultra-sexy businessman who frequents her shop, buying delicate little "gifts" for the women in his life.

But one day, Jared sends her a gift from Bliss. Then another--and another. It doesn't matter how thoughtful he is, or how well-chosen the gifts are, or how sexy he is. It's inappropriate, and Sarah is determined to put a stop to it. Or at the very least, she wants to know why.

It's the oldest one in the book, of course. He needs a fake girlfriend for the weekend while attending his brother's engagement party. It's a terrible idea. She's certain it could even get her fired. So she absolutely takes him up on it.

Next thing Sarah knows, she's in San Francisco, pretending to be in love with Jared. Not that it's a hardship.

Except that the real feelings in their pretend relationship soon have her in over her head. Is he just faking it, or do they have their own shot at bliss?

Not my favorite book, but it was an okay story. Probably wouldn’t read any other of her books.

Fake Date by Monica Murphy is the second book in her Dating series. This is the story of Sarah and Jared who first met at the high-end lingerie store where Sarah works. Part of her job at the store is to meet with clients and help them choose their lingerie purchases. Her meetings with Jared are guaranteed to be tense, filled with innuendo, and a frustrating turn-on. Not that either one will admit that. When Jared starts sending Sarah gifts she calls him out on his inappropriate behavior and gets invited to his brother's engagement party in San Francisco. What ensues is intense chemistry, mixed feelings, self-doubt and wonderful romantic tale. Enjoy!

Loves romance - The Billionaire and the lingerie sales lady

Sarah Harrison lost her parents in her first year of college. That meant she had to quit to take care of her younger brother and sister and become a parent to them. It certainly hasn’t been an easy road for her, but one that was necessary. Trying to make a living to support them without a degree, she gets a job at a lingerie shop called Bliss. Now years later, she is one of their most trusted employees. Most of her customers are women, with a few men. One in particular, Jared Gaines, is handsome and infuriating! For the past six months he’s been making appointments with her, assuming he’s buying for all his mistresses or one night stands. Sarah feels like he can’t stand her since he’s always so rude to her. One day when she returns home, Sarah finds a package from her store and it was sent by Jared. The actual lingerie she sold him that same day. She’s never been so confused in her life, what does this mean. However, that becomes the first of many gifts from Jared. Feeling the need to confront him at his office and return his gifts, Sarah decides to go before her shift at Bliss. What she didn’t expect was his proposition. Jared needs her to be his fake date at his brother’s engagement party. After much convincing, Sarah agrees. Now she has to pretend to be his actual girlfriend. Pretending never felt so good. Jared has had it bad for Sarah for months. Asking her to be his pretend girlfriend is a brilliant idea, if he could only convince her to make it more permanent. This is actually a 3 and a half star rating. I’ve always enjoyed Ms Murphy’s books. However, this one just wasn’t one of my favorites. The dialogue between the two, was off, for me. I received a copy of this arc in exchange for an honest review

shellyburger73 - Made me smile a lot!!

Holy chemistry! Jared and Sarah are adorable! The banter these two have is so funny. It is their way of flirting, I suppose. This is the second book in the dating series and it is also a hit, just as Save The Date Is. once again we have a brooding man who won’t let you inside his head and a woman who on the outside looks all put together and strong; when she really is doing everything in her power to hold everything together. Jared and Sarah start out as acquaintances. Meeting one another at Sarah’s place of work, Bliss. Jared seems to come in more and more often. And why? You think you know, but not until later in the book you find out. Jared is somewhat estranged from his family and is asked to attend a party. He really doesn’t want to go. But after some persuasion, Sarah decides to be his fake date to the party. But once away together, Jared and Sarah really find out that they are very compatible with one another. This book is very fun to read and had me smiling through most of it!

I was surprised by this story. On the surface it's a billionaire romance but as I got to peel back the layers, I met two amazing characters that deserved to find love yet wouldn't allow themselves. Sarah suffered an incredible tragedy but she stepped up to raise her teenage sister with the help of her younger brother. They had to forge a new family without their parents. She works at Bliss selling lingerie and has a most interesting client, Mr. Jared Gaines, who comes in to buy lingerie for his many mistresses. The one problem she finds him very attractive and struggles to maintain her professionalism then one visit, Jared, gets more personal. Jared is an up-tight, jerk, at least that is what he portrays. He had his heart broken several years ago shortly after his mom died so he decided to ban all emotions and not let anyone in. When he meets Sarah, she causes a shift inside him and he finds himself visiting Bliss more frequently. When his brother wants him to attend his engagement party, he takes advantage of this opportunity and convinces Sarah to be his fake date. Now these two had been doing the ultimate tap dance around their feelings, will a weekend together as a fake date force them to realize something real is possible? I enjoyed their journey. Jared gave Sarah a stability she didn't know she needed and Sarah pushed Jared to deal with his grief. I voluntarily read an ARC of this book and this is my honest review.

I loved this charming, sexy and incredibly entertaining story. I had a blast reading it and I fell completely in love with Sarah and Jared. It was such a fun read and it left me with a huge smile on my face. I loved their interactions. Such great Hate-Flirt. Such sizzling chemistry. Sarah walks a fine line when she has to deal with Jared at her job, she doesn’t take any of his rude, demanding behavior without giving it right back to him. But what she doesn’t know is that she is the reason he comes into Bliss. So when he starts sending her some gifts, and then asks her on a fake date she is totally thrown for a loop. Will their chemistry lead to more? You need to read this to enjoy all the juicy details. Fake date is engaging, steamy, emotional and romantic, and it delivers a sublime happy-ever-after with all the feels.

@DeccanHerald What a FAKE and FARCE this report was. Fact=Kerala has more COVID cases than Gujarat as on date. Fake…

who’s trying to fake date from October til December 31 😔

@ASAPIntern @owlkast Nah he said that release date was fake

@amarsingh0322: As like other Jumlas given by Modi, his birth date is also a Jumla! His school certificate says it's 29 August and his…

@amarsingh0322: As like other Jumlas given by Modi, his birth date is also a Jumla! His school certificate says it's 29 August and his…

I was just watching slam dunk now I gotta fake date someone for the hell of it im???? What kdrama is this hdhdhsjsksjdh

Trump says: 1-Biden's on drugs (coz he improved his debate performances) 2-Woodward's book is fake (coz it exposes…

@suicidepets: Doing sort of a Witch Trial thing on tinder to weed out bots, where i open by telling them im going to kill them with my w… 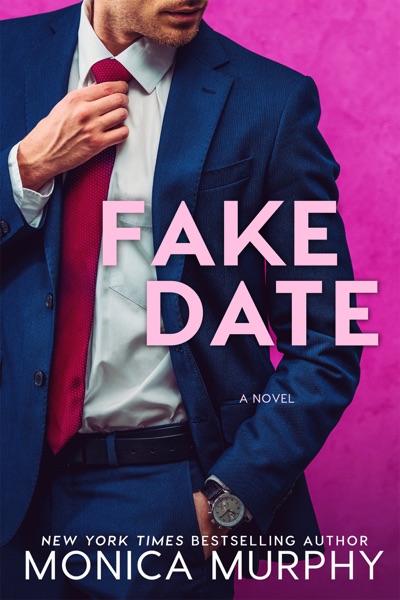