As a colleague of deputy coroner Mattie Winston, social worker Clothilde “Hildy” Schneider is no stranger to unsolved murders at Sorenson General Hospital. Except this time, it’s up to her to crack the case . . .

Motivated by her own difficult past, Hildy has an unparalleled commitment to supporting troubled clients through grief and addiction in Sorenson, Wisconsin. But when a distraught group therapy member reveals disturbing details about her late son’s potential murder, Hildy goes from dedicated mental health professional to in-over-her-head amateur sleuth . . .

Alongside her loyal therapy Golden Retriever, Hildy stumbles through incriminating clues—and an unlikely partnership with Detective Bob Richmond, the irresistibly headstrong cop who shares her passion for helping others. With signs of foul play surfacing all over town, can Hildy and Detective Richmond pinpoint the deadly traits of a sharp-witted killer before another seat gets filled at grief therapy?

Praise for Annelise Ryan and her Mattie Winston series

“The funniest deputy coroner to cut up a corpse since, well, ever!”
—Laura Levine, author of Killer Cruise

“The forensic details will interest Patricia Cornwell readers . . . while the often slapstick humor and the blossoming romance between Mattie and Hurley will draw Evanovich fans.”
—Booklist

Needled to Death is the first book in A Helping Hands Mystery series which is a spin-off of A Mattie Winston Mystery series. Needled to Death can be read as a standalone though. Hildy Schneider is a social worker, pleasantly plump, single, and has some quirks. Hildy’s mother was murdered when she was seven years old. She then found herself in the foster care system where Hildy was a less than an ideal child. She moved from home to home until she aged out of the system. Being in the foster care system left Hildy with an odd habit or two that she has been unable to shed. When Sharon Cochran asks for the grief support group’s assistance in proving her son was murdered, Hildy wants to help because her mother’s case is still unsolved. Hildy talks with Mattie Winston and then teams up with Detective Bob Richmond. Hildy became assertive with Bob regarding the case and also worked up the courage to ask him out on a date. Bob is a handsome and has been working out since he was shot. Hildy is surprised to learn he is fifty-two (he does not look his age). Jonas Kriedeman, an evidence technician, is attracted to Hildy and invites her to dinner. The mystery is multilayered with a twist or two. Hildy stumbles upon an interesting find that, in my opinion, was the best part of the mystery. I was happy that all the details of the case are revealed providing a satisfying conclusion. I found it fascinating when Hildy was trying to lift a print and how she was able to utilize it. I did find Needled to Death to be a slow starter and I did not like the repetitive details (that Hildy was in the foster care system, bad homes, she has no family, her mother’s history). I like that the author took the time to establish the main characters and there are descriptive details on each character. I did not like that Needled to Death is written in the first person (it was unappealing to me). P.J., the neighbor’s daughter, was a delightful addition to the book. I liked her frank nature. Roscoe, Hildy’s golden retriever, is a protective and comforting dog. He was a sweetie. Those readers who enjoy A Mattie Winston Mystery series will be delighted with A Helping Hands Mystery series. Needled to Death has a protective pooch, a dashing detective, a cold case, a perplexing puzzle and a caring counselor.

Those good Red Sox teams needled you to death and it was awesome. 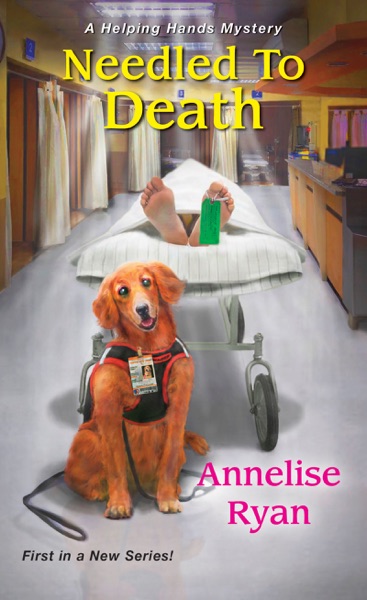