Two broken hearts find love and healing in each other in this sexy contemporary romance spin-off from the New York Times bestselling author of the Rock Chick and Dream Man series.
Evan "Evie" Gardiner has spent her whole life being the responsible one in her family, but enough is enough. It's time to pursue her own dreams. Evie's finally going to finish that engineering degree she's been working toward. But first she needs to come up with the money to pay for tuition. Working as a dancer at Smithie's club seems like the perfect solution to her problems . . . until her family lands in yet another scrape and comes to Evie for help. Only, this time, her family's recklessness is risking more than her dreams-it's endangering her life.
Daniel "Mag" Magnusson knows a thing or two about desperation and disappointment, but no one notices that his good looks and quick wit hide the painful memories that haunt him. When Evie's family puts her in danger, Mag insists on offering Evie his protection. He has the skills to guard Evie's life, but as they grow closer, Mag realizes he'll need to come face-to-face with his demons to prove himself as the man who will protect her heart.

Another author I love was absolutely raving about Kristen Ashley’s books, I’m so glad I dove into her books. Dream Maker is her latest release. It is a bit of a spin off from the Rock Chick series, the Dream Man series and a bit of the Chaos series. This can definitely be read as a stand-alone. Yes, there are characters from the other series (and out of the 3, Rock Chick is the only series I’ve read so far) but I did not once feel overwhelmed or lost. Evan/Evie is a bit of a klutz when she meets Mag/Danny for the first time. She is just so cute and loveable. And apparently, she can make friends with just about anyone. (Some she really shouldn’t be friends with). Evie and Danny just work together magically. I absolutely loved this book and did not ever want to put it down. There is pure simple entertainment that will have you laughing, but there are also times you will be biting your nails, sitting on the edge of your seat wondering what will happen next. Kristen Ashley has quickly become one of my all time favorite authors. One of these days, I will hit my goal and get all her books read at least once (but I also know these will be books I reread as well). Do I recommend this book? Absolutely. If you are new to KA books, do I still recommend it? Without a doubt.

Holy cow! This book took my right back towards the KA style that I fell in love with in the Rock Chick series. In fact, I LOVED that we got to see our favorite Rock Chicks, and Hot Bunch Dude's, show up in this book while it had its own set of characters that truly stood out on their own! I love how the heroine was trying to do good by her family, be a one-woman show, and be the responsible one. I love how both characters had a past, a hard past, and how they both try to move forward. I also love how the heroine isn't perfect, she is klutzy and a "nerd" and I love how the smart girl is shown as sexy and a treasure. The Hero is so good about not being worried about how much smarter she is and how he is always there for her. Suspense, mean girl, and characters we love, this book will make you want more! I can't wait for the next book!

I loved it. I think this was one of my favorite KA reads. It was quick, endearing and sweet. I loved the dynamics of the two main characters.

3.75 stars--DREAM MAKER is the first instalment in Kristen Ashley’s contemporary, adult DREAM TEAM erotic, romance series. This is twenty-seven year old, exotic dancer/IT specialist Evan ‘Evie’ Gardiner, and thirty four year old, fixer Daniel "Mag" Magnusson’s story line. DREAM MAKER and the Dream Team series is a spin-off from the author’s Rock Chick, Chaos and Dream Man series. Told from first person perspective (Evie) and third person (Daniel) DREAM MAKER follows in the aftermath of a blind date between Evie and Daniel that went all to h*ll. Evie’s brother Mick is in jail, once again, and has called in another favor from our story line heroine but said favor was about to put Evie in the direct line of fire forcing Daniel to claim Evie as his own, pulling her into a lifestyle she knew nothing about. What ensues is the building romance and relationship between Evie and Daniel, and the potential fall-out as Mick’s involvement with the seedier side of the Denver underbelly places Evie and Daniel at risk, along with Evie’s friends and fellow dancers at Smithie’s club. Evie Gardiner’s family is the poster family for troubled and dysfunctional, and the deeper Evie is pulled into Mick’s life, the more at risk our heroine becomes but Mick isn’t the only family member placing Evie at risk as the apples don’t fall far from the proverbial trees. Working two jobs in an effort help pay for future college tuition, Evie struggles with her family and their negative impact on all of her relationships. Daniel ‘Mag’ Magnusson is a retired US army soldier, and struggles with PTSD, and issues of rage and anger having witnessed atrocities no one should ever have seen. Meeting Evie Gardiner gives Daniel hope for the future but Evie’s inability to say no to her family places everyone at risk including our story line hero. The relationship between Evie and Daniel begins acrimoniously as Evie believes she isn’t worthy of love or affection. Their first date quickly spirals out of control, and soon thereafter, Daniel calls in his friends and co-workers, including members of the Chaos MC, and the Rock Chicks, for help and support. The $ex scenes are intimate, passionate and erotic but I struggle with the use of a certain four-letter word in my romance story lines. There is a large ensemble cast of colorful and familiar, secondary and supporting characters including Hawk, Auggie, Chaos MC member Kane ‘Tack ‘Allen; Mo, Elvira, Tex, Duke, Lottie, Axl, Boone, the Rock Chicks and their significant others; as well as Evie’s mother and father, and her step dad Rob; brother Mick; the ‘Dream Team’ dancers Ryn, Pepper, Ava; Lottie, and their boss Smithie; and Cicso aka Brett. The Rock Chicks reputation and life stories precedes their introduction to Evie’s fellow dancer,s and in this, Smithie’s girls want to be recognized for themselves, thusly calling the group the Dream Team. Ryn’s story is next in Dream Chaser. DREAM MAKER is a story of family, friendship, betrayal and revenge. A story of a dysfunctional family unit who believe our heroine is expendable, using Evan Gardiner as their personal emotional punching bag. The premise is captivating and enjoyable; the characters are energetic and charismatic; the romance is seductive and intense-prepare for a case of insta-lust for Daniel ‘Mag’ Magnusson, and the use of baby and honey at every opportunity; and for fans of Kristen Ashley, a familiar formula as the heroine is kidnapped on more than one occasion.

Losttomuch - Not as great as expected

@JesseKellyDC: 100% this. That person you insulted personally on twitter today for 100 retweets might be the decision maker on you getti…

@TheAnnaOcean I would say you are a dream maker!😍😘 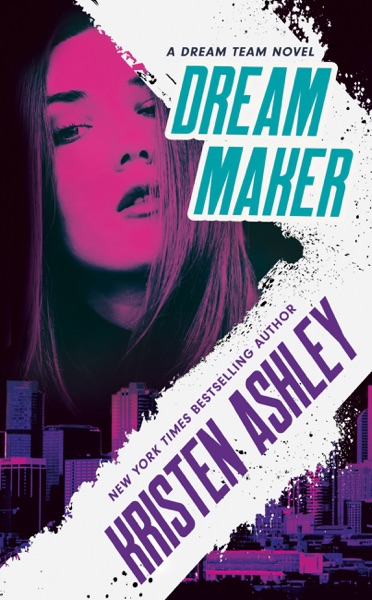