“Has all the ingredients for an instant success: plots, counterplots, mystery, valiant knights, and blossoming relationships replete with broken hearts, deception and betrayal. It will keep you entertained for hours, and will satisfy all ages. Recommended for the permanent library of all fantasy readers.”
--Books and Movie Reviews, Roberto Mattos (re The Sorcerer’s Ring)

“The beginnings of something remarkable are there.”
--San Francisco Book Review  (re A Quest of Heroes)

From #1 bestseller Morgan Rice, author of A Quest of Heroes (over 1,300 five star reviews) comes the debut of a startlingly new fantasy series.

REALM OF DRAGONS (Age of the Sorcerers—Book One) tells the story of the epic coming of age of one very special 16 year old boy, a blacksmith’s son from a poor family who is offered no chance of proving his fighting skills and breaking into the ranks of the nobles. Yet he holds a power he cannot deny, and a fate he must follow.

It tells the story of a 17 year old princess on the eve of her wedding, destined for greatness—and of her younger sister, rejected by her family and dying of plague.

It tells the tale of their three brothers, three princes who could not be more different from each other—all of them vying for power.

It tells the story of a kingdom on the verge of change, of invasion, the story of the dying dragon race, falling daily from the sky.

It tells the tale of two rival kingdoms, of the rapids dividing them, of a landscape dotted with dormant volcanoes, and of a capital accessible only with the tides. It is a story of love, passion, of hate and sibling rivalry; of rogues and hidden treasure; of monks and secret warriors; of honor and glory, and of betrayal and deception.

It is the story of Dragonfell, a story of honor and valor, of sorcerers, magic, fate and destiny. It is a tale you will not put down until the early hours, one that will transport you to another world and have you fall in in love with characters you will never forget. It appeals to all ages and genders.

“A spirited fantasy ….Only the beginning of what promises to be an epic young adult series.”
--Midwest Book Review (re A Quest of Heroes)

“Action-packed …. Rice's writing is solid and the premise intriguing.”
--Publishers Weekly  (re A Quest of Heroes)

Applenoob34 - 6 chapters in and it’s clearly a rip off of game of thrones.

The kids have similar personalities. One has a sickness called “scale”. Really. Glad I didn’t spend money on this ripoff.

lubberwormslunes - Not worth the hype

I had such high hopes for this book. I feel so disappointed with this work overall. Without spoiling it here’s what’s wrong: Author will set up characters a certain way, and then contradict it in the next chapter. It’s as if they didn’t define or plan out what will be written at all, and just figured it out as they went along, and forgot what they had written in previous chapters. The timeline is a mess. Everything everyone does doesn’t make sense with what’s going on around them. This is the work of an amateur for sure

I did not expect much of this book as, to me, the title seemed generic, the concept simple, the characters far too many by chapter 7 but it all comes together to make something very interesting. I’ve just finished book one and am immediately moving to book two in the morning. The mass amount of characters are jumped between seamlessly. The basic seeming concept is broken open early on with questions arising after every chapter. The title should play little role in your decision, though it does to me because I judge incorrectly, as you can obviously see by my pleasure in the novel. The biggest worry for me was that this author made her books available in digital formats only... what? I’ve run into few other authors of quality that practice this form of publishing. Morgan Rice is the shining example of how to be that kind of author correctly. She is likely to prove herself on par with many of my personal favorites in fantasy, and I’m excited to read the work that gets her there.

Interesting characters and story line, but slow to develop

Morgan Rice does it again. This is another winner fantasy series. Great character diversity and development, world building, action, adventure, romance, deception and sibling rivalry. What secrets are yet to be revealed? Great book for anyone who enjoys fantasy.

One special 16-year-old boy, a blacksmith’s son from a poor family who is offered no chance of proving his fighting…

One very special 16-year-old boy, a blacksmith’s son from a poor family who is offered no chance of proving his fig… 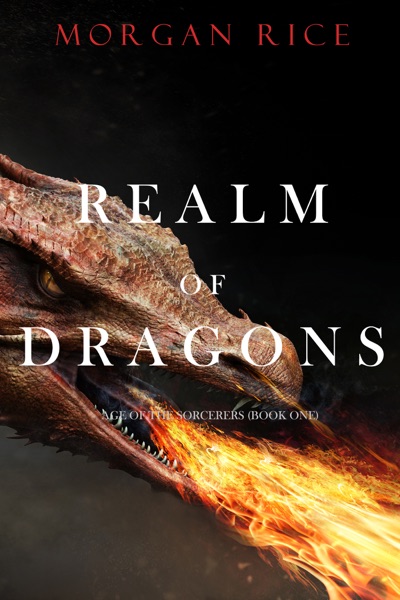 Realm of Dragons (Age of the Sorcerers—Book One) Synopsis