Investigating the killing of a prisoner during a riot inside a state penitentiary, GBI investigator Will Trent is confronted with disturbing information. One of the inmates claims that he is innocent of a brutal attack for which he has always been the prime suspect. The man insists that he was framed by a corrupt law enforcement team led by Jeffrey Tolliver and that the real culprit is still out there—a serial killer who has systematically been preying on women across the state for years. If Will reopens the investigation and implicates the dead police officer with a hero’s reputation of wrongdoing, the opportunistic convict is willing to provide the information GBI needs about the riot murder.

Only days ago, another young woman was viciously murdered in a state park in northern Georgia. Is it a fluke, or could there be a serial killer on the loose?

As Will Trent digs into both crimes it becomes clear that he must solve the cold case in order to find the answer. Yet nearly a decade has passed—time for memories to fade, witnesses to vanish, evidence to disappear, and lies to become truth. But Will can’t crack either mystery without the help of the one person he doesn’t want involved: his girlfriend and Jeffrey Tolliver’s widow, medical examiner Sara Linton.

When the past and present begin to collide, Will realizes that everything he values is at stake . . .

It’s been a few years since I’ve read the Grant County series and then a few of the Will Trent books. I was hesitant about starting this book without having finished all the books up until this point, but I’m so glad I did! Even though it broke my heart for so many reasons. This would be a great read without having read any of the previous books, but for the full impact, I highly suggest going back and at least reading the Grant County series first. I absolutely love the way Karin Slaughter tells her stories!

You lost any medical credibility when you wrote HIPPA instead of HIPAA. Decent writing, but overall like watching a poorly written medical drama with too many overlooked errors.

Have read the series but feel the author just gave up on this one. Monotonous trash.

Big build up, and then it just ends. As if, the author decided it was time to end this thing.

I’ve really enjoyed the Will Trent series up until now. I should have known it would move into the realm of romance (albeit quite gory) and since I have no knowledge of women and their inner feelings during relationships, I was quite lost at times. I did, however, spend the last two thirds of the book waiting to have my suspicions confirmed as to who the culprit was - it was too blatantly obvious. For having waited so long for a new installment, I was a bit disappointed.

Excellent to be back in the midst of mysteries, suspense, and of course Will & Sarah! Excellent read, can’t wait for more of Will & Sarah’s story!

The ebook file has now been corrected and you can download an updated file. If you purchased the ebook before 8/9: -Go to the Reading Now tab in the app -Click on the Account icon (upper right corner) -Click on Updates. The new version will appear in the list of books available for update.

I’m at the 54% mark and I don’t think I can finish this. I keep having to stop and start because the images of the victims and the crimes committed against them described in here are just A LOT to take. I am loving the story but I just cant move forward with this one. It’s too graphic. I wish I had been warned of the potential triggers before I started it.

First of all, I love Will. I would like to marry Will. But Sara is probably better for him. That being said, this book is devastating. As a widow (a young one), Slaughter portrays Sara’s emotions exactly as mine are. The story is exquisitely well written, I had no clue who the perp was. The tensions between Will and Sara are a real relationship. Another winner, and I can’t wait for the next one!

This is my most anticipated book this year….If you know me, you know Karin Slaughter is my thriller/police procedural book goals! I begged William Morrow Books for a chance to review The Silent Wife and they were kind enough to oblige this small bookstagrammer’s wish! I literally squealed with glee when it arrived. 🥳 🖤 A bit of history, I have been reading Karin’s work since Blindsighted released around 19 years ago….DO NOT comment on my age, it was like my first book at 5, mmmkay? 🖤 ⚰️ The Silent Wife actually combines the storylines to include Jeffrey, Sara, and Will which gave me ALL THE FEELS!! I am always fascinated by Karin’s well researched crime scenes, she makes me feel like I am there at the scene, in my Tyvek suit, collecting evidence. The police and legal aspects were spot on and that is what I love about Karin, I learn from her books. I swear I am not using this knowledge for evil. 😈 One of my favorite things about this book was getting a glimpse into the time Jeffrey and Sara split up and how they navigated that period in their relationship. For this reason, I loved the dual timelines. This book reads like a twisted love story and I’m here for it! 🙌 We have to talk plot twists, there were several in this book. BUT THAT LAST ONE, I DID NOT SEE THAT COMING, at all. Karin is phenomenal at ratcheting up the tension and spacing the twists out. It’s what keeps me glued to the book. That plot twist tho…left me breathless, furiously turning pages, and honesty shocked. 🤯 The Silent Wife is 5 stars for me. I spent time on this review, because I almost don’t feel worthy of reviewing her work. The Silent Wife exemplifies Karin’s mastery of forensics and procedurals, dynamically addresses emotional and social issues like rape culture through convincing characters and gripping prose. ⚰️The Silent Wife is gruesome, disturbing, and yet emotionally powerful. ⚰️ Who is planning to read it? When can we chat? Karin, can you call me? I wanna talk about Gina! 🤨😂 An even longer review with character points is up on my blog, Whimsicalyme. 🖤 Thank you @williammorrowbooks & @karinslaughterauthor for my advanced copy to review.

@forminies @Salma92245075 @destiny_jikook Yeah, whatever you want to say. I also have hoaxes about blackpink and ed…

@Chhapiness @Smooheed When there’s a storm, the tornado sirens go off, and the wife comes running into my work room…

@D1N0SYNTH Silent hill 2 is the game he debuted in its og pyramid head, hes representative of a lot but mostly feat…

i luv saying the n word around yt friends i like to see them squirm and go dead silent when i say it 😁.

@SvePan1108: @robreiner We should stop being silent about the scandal of The Senate's majority leader's wife being the head of dept of t… 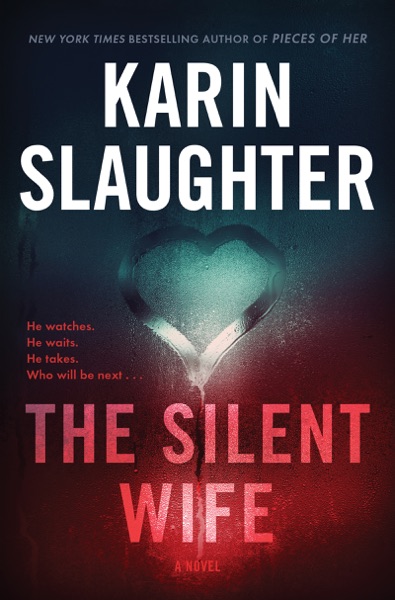