HARRY DRESDEN IS BACK AND READY FOR ACTION, in the new entry in the #1 New York Times bestselling Dresden Files.

When the Supernatural nations of the world meet up to negotiate an end to ongoing hostilities, Harry Dresden, Chicago's only professional wizard, joins the White Council's security team to make sure the talks stay civil. But can he succeed, when dark political manipulations threaten the very existence of Chicago—and all he holds dear?

CommonName6 - Where is the other half of the book?

Very disappointed. This felt like it barely got to the halfway point of a typical Butcher book.

HARD TO RATE A BOOK AFTER READING THE FIRST HALF. Not my favorite in the series.....cough, Deadbeat......but still enjoyable. Unlike past books the plot felt forced like tension created instead of natural. I don’t like the “to be continued” ending either. This is clearly half a book that is twice as long as typical from this author. He claimed he’d have to sell for $50 but there’s any number of 900 page books that sell for normal prices, feels like a money grab. At least the next one will be out in a couple months. From 2000 to 2015 he released 23 books then a five year gap followed by this......he must be running out of money. Hate to say this about my favorite series but Dresden Files has become stale. It picked up steam in the final third just to end short. I’m going to stick with Jim through a stumble or two.......everyone has bad days. If you haven’t read Codex Alera, do yourself a favor and check it out. An inventive fun read created out of an Internet bet.

I love Butcher but this book is not great. It felt like the publisher wanted two books rather than editing the story into one good book. There is a lot of filler featuring the same backstories that is repeated in multiple chapters. It does nothing to advance the narrative or develop the characters. Also, I hate to say it, but everything is too easy now for Dresden. There was no real tension, I never really felt like he was in danger or wouldn’t achieve his objectives. I sort of felt like I was listening to an old familiar playlist. Enjoyable but disappointing, I would have happily waited longer and paid more for a good, real Butcher story.

Theda12theda - glad it finally was released, but...

felt like a short story with a cliff hanger. Felt more like an outline of a story (or a first draft). Looking forward to part 2, to see who dies (see the online christmas story that was put out years ago)

So disappointed in this book. It reads like someone else wrote it, or that Butcher just did it for the money and had no passion for the characters. As much as i love the character of Dresden I don’t recommend this book. Save your money.

IH8Comixology - Great to see Harry Dresden back in action

However, this is not so much a novel as it is extensive exposition setting up the next novel which is supposedly due out in September. I'm going to go out on a limb and guess that Butcher wrote a longer than usual book and was forced or persuaded by the suits at the publisher to split it into two books. ("Hey! We'll make twice the scratch!") Since this process took some time, they also "sent notes" suggesting the extensive amount of what they used to call "pipe" in 1990s Hollywood-speak. Granted I'm just spitballing here. What we end up with is a less than satisfying novel but at least it's nice to get all the old favorites back again after far too long. I hope the next one is a lot better and I can look back on this as a minor bump in the road.

Having had waiting 6 years for this poorly written smut is insulting. Spoiler Alert: A two part “work” where the main characters fight a Titan. Who could have seen that coming? But this is different because he has a super attractive female teammate who is good at hand to hand combat...oh wait. Well at least he isn’t teaming up with a smart, powerful, and wealthy mortal...huh. At least, he isn’t teaming up with a one eyed Asgardian...dang it. I wonder where he possible could have gotten the idea for the story. It’s okay though because no one will notice because the plot will be hidden between paragraphs about how bangable the characters are. The people who give it 3 or more stars didn’t have to wait 6 years. That or they only read erotica and not books with great world building and character development.

Eric Lerdal - Wow this was a foolish marketing decision

I can disagree with but understand the economics of turning one book into two; but, why delay the release of the second half of the book? This was a stupid decision. Since all I read was an introduction, I doubt I will still have enthusiasm to buy the actual story months from now. By that time, I will have read other books by other authors and likely will have moved on from this story. The writing is entertaining and the whole story looks like it will probably be too, but the editorial/publishing decision that was made makes it doubtful I’ll be seriously following this series. My point is that I probably would have paid for two books, but since I have to wait so long for the second one in quarantine time, my attention will be on other books by the time the end of this one comes out.

Doesn’t disappoint. Don’t see what all the negative reviews are about; it is a tad bit on the short side but I was thoroughly entertained the entire time. Keep up the good work.

Don’t waste your money on this one. No plot. Lot of rumination about harry and his child. Ends with a cliff hanger that everything you would need to know is in the last chapter.

The story itself is as well written as anything else in the series if not better. Would have easily been 5 stars were it not for the blatant exploitation of the consumers in breaking this book into two parts in order to make more money off it. Every other novel in this series is approximately 100 more pages of story. This book is 92 pages shorter than the last entry in the series which was a short story collection. Essentially we are being sold the ending of the story in September when battlegrounds hits. Not too happy about this

It is intriguing! I’m highly recommending it!

I’ll start this review by stating I’ve waited for the past 6 years excitedly for this book... I must say I was highly disappointed. For a book 6 years in the making and around 100 pages shorter than the full book before it, it surprisingly falls flat. It seems more of a mashup of previous books and factions without adding anything new and exciting. Read it entirely in one night. To me it lacked the magic that the Dresden Books usually have for me. It was still without any exciting twists and turns. The locations chosen were dull. And it all simply felt like an expensive tie in for the next book that is coming out this year. Perhaps the book would have been better when put together with the next one instead of broken up between two books. Either way it took my favorite book series and made me regret looking forward to this book for years.

This is how you can treat with facts when a Manuwadi talks/cries about conversion. Dude, everyone like to live life…

@FrontalAssault1 Talks should be done on diplomatic basis ..it's enough military talks..china never understand the…

I know I’m screaming into the void here, but - Can we talk about the lack of HarriKarri content in Peace Talks? Spo…

@Katie_Masters29 I'm not doing well. I was diagnosed with a tumor in my colon last Friday. I'm stressed and scared…

Another talks, another hidden agenda #NagaPacaeTalk. Wonder who has the road map for the Nagas #LeadersofTheDay? If… 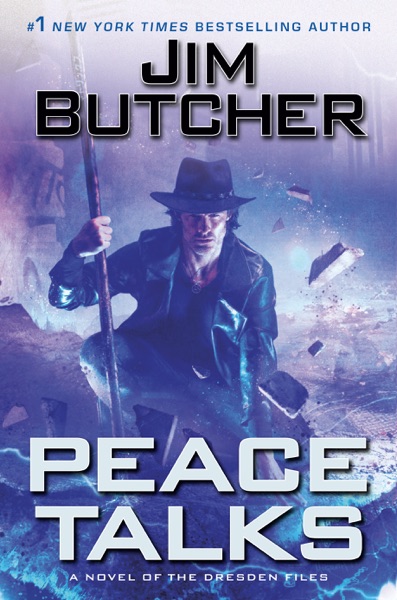