A delicious and all-new reimagining of Lauren Blakely's original fake fiancé romance!
I don't mean to just blurt it out. "Why, yes, I'm engaged!"
But once I say it to a potential client, there's only one logical thing to do—cast the role of my fake fiancé.
Easy enough. As a casting director, my job is to find the most talented players for every part, so I choose dreamy, edgy, sexy, sarcastic Reeve.
And I sign him up for one week in the role of mine.
It's not as if I'll fall for him in five nights even if we get a little cozy one night at the theater. It's not as if I'll want more even after a scorching afternoon in the stacks of the New York Public Library.
I can't let myself fall because on Friday at midnight the curtain drops on our fake romance . . .

The Pretending Plot is a reimagining of Pretending He's Mine, rewritten in first person, and expanded from a novella to novel length!

Lying is complicated and sometimes awkward These two find that the feelings for each other they need to convey become natural. Cute story

The Pretending Plot is a wonderful reworking of an older novella by Lauren Blakely, it’s been expanded to a full length if short-ish book-length read. I never got around to reading the older version, so Sutton and Reeve were a completely new couple to me, although, I have seen their names come up in other books. Almost all of Lauren’s book series have a winding, whirly connection in them somewhere, be it a place, a building or the couples and the family or close friends. Sutton and Reeve were perfection in a snapshot. We only spent a few weeks with them, but the chemistry was palpable. Hot and steamy, and with some almost kinky moments- hint-see the library scene. There was plenty of witty banter and sassy comments. Reeve was just the sweetest, nicest guy and he knew what he wanted. He just didn’t think he’d ever have the chance with Sutton until she opened the door for him and he was sooo swoony with her. Fake fiance, real love. This is a One-Clicker for me and I can thoroughly recommend it.

@youngstrategist The worst part is both bugsy and malia are pretending to be all innocent. But it appears their plo…

@hunterheaux: girl: i like anime:) straight men: obviously you only watch because it bc it’s trendy and u want male attention there’s no…

bc like...in the novel it was pretty much impossible to tell he xuan was pretending so i want the manhua to be the…

@muchlovekiwi: And the real BHS! What a bloody plot twist!! Who would have thought he’d be still alive and being taken care of at home?…

@Bloody_Psycho1 Fluff is fun, I like having the cold Junko pretending to hate being nice. He’ll yeah blondes for l… 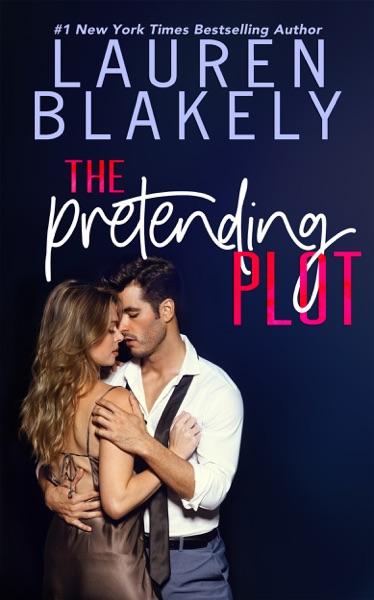