Published: 05 May 2020Book Score: 0/5This book hasn't received any reviews and votes yet!

"Luke's unwavering loyalty to Lexi and her family gives this sweet romance unexpected integrity ...Readers looking for a tender romance that leans more toward the emotional than the physical will find this very satisfying." ~ Publishers weekly review on Country Gold.

A new series which delivers an "emotional punch" from a fresh new voice in contemporary romance.

Emotional stories about second chances and the family ties that bind us.

A scandal ended the careers of the Wilder Sisters, the chart topping country rock band. But Lexi Wilder is okay with that, thanks for asking. She's been on the road since roughly forever, so she's going to enjoy the break. After all, there's nothing quite like the beautiful sandy beaches of Monterey Bay to soothe a woman's soul. Luke Wyatt never wanted to trade fame and fortune for the only woman he's ever loved. Now that he's finished a punishing year-long national tour he's headed back to his hometown of Whistle Cove for the quiet, the beaches, the inspiration, and the girl. Not necessarily in that order. Nashville wants more country gold like the #1 song he co-wrote with Lexi. Luke is looking for peace and Lexi.

But Lexi hasn't forgiven him for choosing fame over her…

A sexy and emotional enemies to lovers romance!

Sabrina Wilder's scandal derailed her singing career, so when there's interest from Nashville in staging a comeback, an image consultant is hired to repair her tarnished halo. But the handsome man she meets is stubborn, bossy, and issues orders. He wouldn't recognize the word "please" if it lassoed him.

This Texas rancher is a fixer…

Damien "D.C" Caldwell works with celebrities to repair their damaged images. Now, he's amassed a large enough fortune to retire and return to his beloved Texas. Tasked for one last job, D.C. heads to the beach town of Whistle Cove, California for what should be an easy fix.

When one night in Hollywood turns their relationship into a tailspin, these two opposites suddenly can't stay away from each other. But they're headed in two different directions for very different lives.

Rhett is country music royalty, so when he's asked to attend the celebrity wedding of the year at a resort, he agrees. He plans to hide out in the small beach town, relax, and regroup. But when he's faced with a younger woman's obsession with him, Rhett knows just how to discourage her. And he wants Jessie to help.

Like nearly every other woman in America, Jessie crushed on the hot and hunky Rhett. Sandwiched between her two beautiful sisters, Jessie has never received much attention from men. When Rhett draws her into a fake engagement, it's her chance to prove to the rest of the world that she's no longer an ugly duckling. She'll be sure to protect her heart, but for now she's going to play along.

Until fake becomes too real…

The infamous Wilder Sisters and the men who love them. 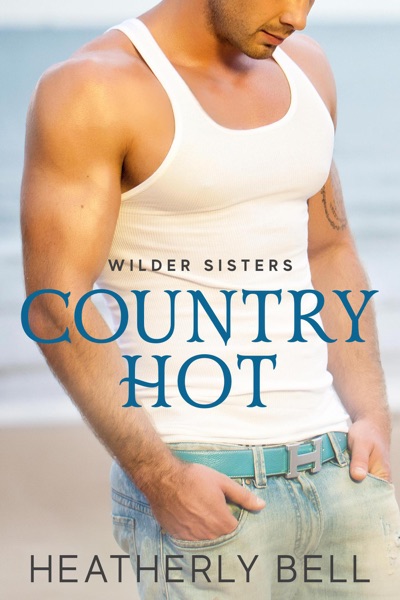