Published: 08 October 2019Book Score: 0/5This book hasn't received any reviews and votes yet!

A hot Halloween romantic comedy!
My haunted house is a fixer-upper. So is my heart.

I never asked to inherit a historic mansion on the lagoon from the dad I never knew. It’s more likely to fall down than survive another century. And after a career-crushing romantic disaster on a failed TV project, I’m too broke to refurbish Bohemia’s most famous haunted house.

Enter my annoying roommate, Landon, who for some weird reason is more than happy to help me resurrect the landmark. What better fundraiser to get the ball rolling than a Halloween haunted house? The place might be a death trap, but its mysteries are alluring, and to my dismay, so is Landon.

I’ve had it with guys, even if this one is hotter than a lava lamp. Still, he knows his way around a hammer, and the house needs saving. Maybe I do, too, but he doesn’t need to know that.

My dream job’s just out of reach, thanks to a newly found wicked half-sibling. While I figure out my future, I’m looking for the keys to Milkweed Mansion’s secrets. But I’ve thrown away the key to my trampled heart. No matter how irresistible Landon is, I can’t let him find it.

Bohemia Chills is a roommates-to-lovers hot romantic comedy with elusive ghosts, spine-tingling secrets and a bunch of madly creative artists set loose in a Halloween haunted house. It’s the seventh book in the Bohemia Beach Series, each a steamy standalone romance set among a circle of artists in the enchanting Florida city they call home. It’s also a Common Elements Romance Project novel.

THE BOHEMIA BEACH SERIES
While each title can be read on its own, the books have interconnected characters and settings, and you may wish to read them in order:
1. Bohemia Beach - Golden Quill finalist
2. Bohemia Light
3. Bohemia Blues - winner of the Golden Quill and a National Readers' Choice Award finalist
4. Bohemia Heat
5. Bohemia Nights
6. Bohemia Bells
7. Bohemia Chills 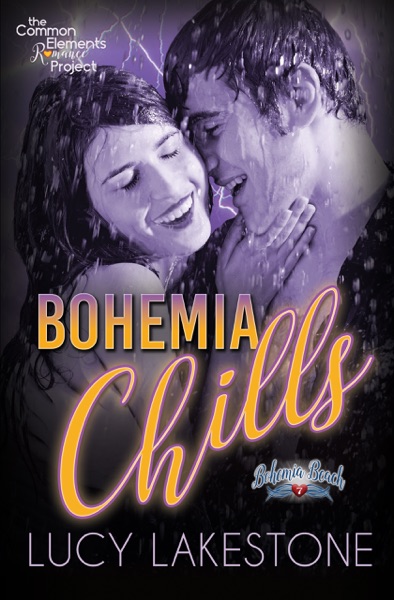