This book was previously published with a different cover and the title "Blood Hunger".

A vampire needs his mate to survive, but can he protect her from the most dangerous threat of all?
Himself.

Nikulas Kreek has been searching for his brother for seven long years. Now, with the first lead he's had in a long time, he discovers a witch went missing a few weeks before it happened. Coincidence? No way. Even better, the witch has a sister who might have more information. And that sister is hot. Like model hot. Nikulas knows as soon as he sets eyes on her strawberry-blond head he should stay far away. But the moment he tastes her, he realizes it's too late. She has bewitched him.

Emma Moss still has nightmares about the night her sister was kidnapped, but she refuses to give up hope. So, when a seductive stranger calls claiming to have a new lead, she doesn't hesitate to meet him. He seems harmless enough with his teasing manner and Hollywood pretty-boy looks. However, she can sense something more—a predatory air of danger that should warn her away. But her sister's life is at stake. And she has no other leads. So, she agrees to go with him.

Bound together by their shared cause, tormented by their fated attraction, they set out to hunt down their siblings.

#RomanceOnTheShelf A Vampire Bewitched by L.E. Wilson (Previously published with a different cover and title "Blood… 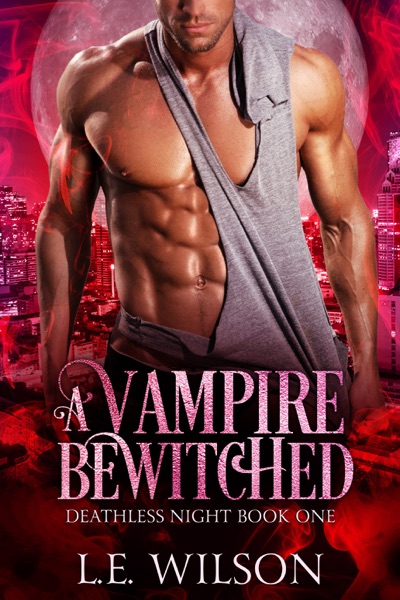