College parties, beer, and one-night stands—that was my life.

Now, I hunt down criminals, ethically or not, but if no one’s asking, then I’m not telling. Drinking and women are still included, though I can’t seem to forget the girl who almost gave me her virginity. She would’ve until I realized she was too young, and I wasn’t looking to get thrown into jail.

In a twist of fate, we’re reunited, except she’s no longer underage but still equally off-limits.
After ignoring her relentless advances, she starts to wear me down. I only have so much willpower when she’s around, running her smart mouth and showing off her impeccable dance moves.

Just when my restraint starts to crumble, my poor choices finally catch up with me, putting us both in danger.
There’s no easy way to explain why I betrayed her, but I’ll do whatever it takes to keep her safe—even if it means breaking her heart.

ALWAYS MINE is a slow-burn, intense romance wrapped up in a suspenseful beautiful love story. It's book 1 in the Liam & Madelyn duet and must be read first.

SOctC - Too hard to read.

I skipped through the majority to see how they were getting lLiam out the mess only to meet a cliffhanger. I’m not curious to buy the next book though. Not gonna pay for something I know I am not gonna read.

Some parts of this book were good but the plot jumps back and forth. Sometimes the story is believable but other times not.

Maddie and Liam are taking me on an emotional roller coaster. From the moment they met, their connection was combustible. Liam is doing his best to keep Maddie at arms length since she is younger than him and is Sophie and Lennon’s baby sister. When Maddie has to move out of her dorm, living with Sophie, Mason and Liam is the best solution, especially for Maddie as she works on breaking down Liam’s walls. Maddie makes it an art form to get under Liam’s skin. I am impressed with his self-control as he combats all of her advances. But Liam finds himself with bigger issues after he lets an acquaintance in Vegas pull him into higher stakes games. When he loses, he finds that he now owes the mob half of the buy in, a dollar amount he doesn’t have. Getting out of this situation is a real challenge. Will Maddie wear down Liam’s defenses? How will Liam repay his debt? Intense drama, funny banter and a wonderful cast of characters, all of which kept me glued to the page needing to know what would happen next.

Romance213 - “I’m constantly lost in my head thinking about you.”

Liam and Maddie’s relationship had been brewing for a long time and with “Always Mine”, Kennedy Fox has finally answered all of our questions with a passionate, romantic and heart wrenching story. We find out how they first met, how difficult it was for Liam to resist Maddie and if she can possibly deal with his hot and cold behavior. Liam would always remember his steamy encounter with Maddie, and he never thought he would ever see her again. What were the chances that Maddie was the kid sister of Lennon and Sophie, who were his best friend’s wife and girlfriend? This complicated his life to no end so he took extra jobs, went to Las Vegas to gamble and tried his best to stay away from her, but it was a losing battle. She was always on his mind and being in the same room with her made him crazy. Liam was very protective of Maddie and felt that her safety was his main concern. His gambling habit came back to haunt him when he made a deal with the devil, and he was now being held prisoner by a power greater than himself. Liam had many regrets but the biggest one was never telling Maddie how he really felt about her. She was all he ever wanted but now she was slipping away from him and there was nothing he could do about it. His hands were tied, his heart was shattered and his life as he knew it, was over.

Cassie1213 - Liam and Maddie are the couple to read about!

Liam and Maddie’s duet has been highly anticipated since Baby Mine came out and I can’t believe their story is finally here. I absolutely adore this series because it’s been fun watching all the characters get their own story. Maddie is a great sister, a beautiful dancer and has been crushing on Liam since the very first time she has laid eyes on him.Liam has we wanting my own Bounty hunter. He is hot, a good friend and a little mysterious when it comes to his friends. Maddie and Liam are so fun together. Maddie is so flirty and Liam just can’t handle it. With the age gap and Maddie being inexperienced, Liam just see her as a little girl. Maddie and Liam make an adorable pair, whether it’s as just friends or as a couple. I couldn’t get enough of this story and I can’t wait for Always Yours!!

Loved this book. Very well written and it was a joy to read a book without typos. I did find it too expensive to purchase the other books in the series. Not quite as bad as some authors who have 8 or 9 books in a series.

@glossierwalls Hey can you please make one that matches mine?? 🥺👉👈

@justmars13: Which one is your Favorite Ggone "Saranghae" ?? Mine will always be Ji Eun Tak's Saranghaeyo!,The cutest in Kdrama land fo…

even itachi knew that the only person who could bring sasuke back to the good side was naruto. naruto believed unti…

@FalTerri @BTS_twt It’s an absolute favorite of mine too. They always look amazing but there was just something a l…

to the boy who's in my heart.. YOU'RE THE BESTEST N THE PRETTIEST N THE MOST CUTEST PERSON ON THE WHOLE UNIVERSE<3…

@thebechdelsound Yours is so similar to mine, I did a double take! 💕💕💕 Always happy to see another whippety friend!

@6amerBr0: It has been five long and hard years since this amazing man passed away. I still miss him to this day... 🤚🏻 directly. 🤚🏻 May…

@KristinGrogan I think there was once a much greater separation from the work-self and not-work self, even if it wa…

@IfritLovesYOU Ok, I got a few in my bag here....which ones do you want? This magical girl one is mine, but you can…

walls has become one of my favorite albums, because of how honest and relatable it is. louis has always been such a…

@___Haleyyyyy___: @tashabanerjee This omg!! One of my old "friends" who had a thigh gap would always talk about how she had one and how… 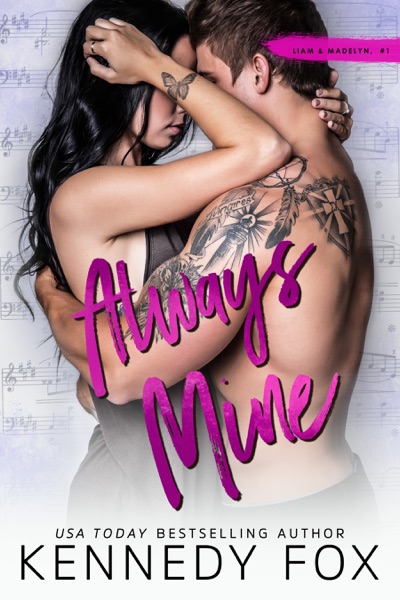