"If you could use some wild escapism right now, Hiaasen is your guy. In its themes and its wild imagination, Squeeze Me offers some familiar pleasures, akin to a Greatest Hits collection. Anyone who's read him will know what a prime recommendation that is . . . Angie is a tonic, as Hiaasen's heroines tend to be." --Janet Maslin, The New York Times

From the best-selling author of Skinny Dip and Razor Girl, a hilarious new novel of social and political intrigue, set against the glittering backdrop of Florida's gold coast.

It's the height of the Palm Beach charity ball season: for every disease or cause, there's a reason for the local luminaries to eat (minimally), drink (maximally), and be seen. But when a prominent high-society dowager suddenly vanishes during a swank gala, and is later found dead in a concrete grave, panic and chaos erupt. Kiki Pew was notable not just for her wealth and her jewels--she was an ardent fan of the Winter White House resident just down the road, and a founding member of the POTUSSIES, a group of women dedicated to supporting their President. Never one to miss an opportunity to play to his base, the President immediately declares that Kiki was the victim of rampaging immigrant hordes. This, it turns out, is far from the truth.

The truth might just lie in the middle of the highway, where a bizarre discovery brings the First Lady's motorcade to a grinding halt (followed by some grinding between the First Lady and a love-struck Secret Service agent). Enter Angie Armstrong, wildlife wrangler extraordinaire, who arrives at her own conclusions after she is summoned to the posh island to deal with a mysterious and impolite influx of huge, hungry pythons . . .

Carl Hiaasen can brighten even the darkest of days and Squeeze Me is pure, unadulterated Hiaasen. Irreverent, ingenious, and highly entertaining, Squeeze Me perfectly captures the absurdity of our times.

What this author fails to understand just like late nite comedy so called celebrities and over paid athletes is, half the country not only doesn't care about your political opinions but are insulted that you would take our money and time before giving yours. Stick to your own lane! I myself am smart enough to know I would lose customers I.e. Money if I gave my political opinions while performing what they paid for. So just like the other groups of people like those mentioned above you will lose money when those of us that you insult take our "entertainment " money elsewhere. I am an avid reader and will make sure to never send another dime on your total crap!

I literally don’t know why I wasted my time reading this. Each chapter I was hoping it would get better. I didn’t find it funny or entertaining. Don’t waste your time!

Dishonest Apple description. Politically nasty and idiotic, not funny at any level.

This may be Carl Hiaasen’s best.

Depending where you are on the political spectrum will determine how much you love or hate this book. Howlingly funny - amazing how creative his mind is. The names alone are worth the price of admission.

I’ve read all of Hiaasen’s other books and was exited to hear that this one came out. However, I was unable to even finish it. I too am not of fan of our president and was looking forward to what Hiaasen had in store for him. But the book is just not on par with his other works. Unfortunately, it seems as though Hiaasen rushed this one through in order to capitalize on the country’s current political climate. He got my money thus time, but not again. Carl, I thought you were better than this.

I have read several of this authors books and have enjoyed his brand of humor. This book is a blatant hatchet job on our president and a obvious attempt to pander to the progressive movement. Carl I will not spend another cent on your books.

UNCGer78 - not as funny as his usual.

Disappointed. Expensive and not as funny as his usual books.

I’ve read every one of Mr Hiaasen’s books. Even read the children’s books to my kids. This one is another great read. I guess the nay sayers that are leaving negative comments are Right wing Trumpers that don’t like to hear anything Left leaning. I think he’s funny no matter your politics. I highly recommend!

CentralCALady - His worse book yet

Hiaasen used to write books that were fun to read and taught a lot about the real Florida. This piece of junk is a non stop ugly attempt to caricature our sitting President, leaving no nasty turn of phrase or image undone. The “plot” is ridiculous and the characters wooden and trite. Don’t waste your money.

Down 2 dollars - Worst he’s ever written

Not much else to say. I was excited to dive into this book. Been a fan for a long time. But this is book was terrible. I didn’t finish, but did read much more than I should have because I kept hoping it would get better. It doesn’t. Don’t bother.

Usually I love everything this author writes. I’m not even particularly political but this became ridiculous. OK you don’t like Trump -get over it. This became boring. Please do better next time.

This book is pointless, senseless and just plain stupid!. Starts out mildly interesting, but goes down hill from there. After a while it becomes just plain nonsense.

Captndond - Why drag politics in?

We have been reading Carl for years, and always looked forward to his next work. Could handle (and understand) the environmental slant to his story telling, but this was just over the top TDS. Hiaasen was an escape for us, but he is now woke and part of the fever pitch problem. A real shame and loss, get well soon.

He used to write with an inspired passion for the story. This is a biter and negative rant. Typical liberal loss of a sense of humor and a tragedy for those who used to love his work. His op ed pieces are strikingly similar in tone. Bye Carl.

I have always turned to the works of Carl Hiaasen for a reliable and edifying good time, and this one is no exception. His plots are like a string of firecrackers that spit and crackle along from one burst of hilarity to another. This latest work reaches new heights of Swiftian satire, and if the satire is savage at times that can be attributed to the times that we live in, and to the sorrowful fact that the author’s brother, Rob, to whom the book is dedicated, was murdered in a newsroom after a person who may or may not resemble the Mastodon character incited violence against the press. Given this, there is a solemn note of loss and impermanence that plays often in the background, but this serves to illuminate and not overwhelm the antic plot and well-drawn and mostly likeable characters. This may well be Hiaasen’s deepest work to date, and this might someday be the one book that a far-future lit professor will assign to a class to acquaint them with the author’s work. I don’t often write reviews, but was inspired to it by the many Mastodon-supporters who are posting negative reviews, and accusing the author of an “agenda” without revealing their own. If you think Mastodon fans are unfairly satirized here for being vindictive and short-sighted, note that they are buying multiple copies of this book in order to post negative reviews, sending royalties to the author and the book to the top of the best-seller charts. Well played, Mr. Hiaasen, well-played.

dbeach - One of his best

So wonderful and politically timely. I distinctly chortled throughout the entire book. And was left fully satisfied.

aenichol - Not his best work

I was really looking forward to this one. He had so much content to work with, but it fell flat. His characters had no depth, and the plot was fuzzy. If you’re new to Hiaasen, know that he’s capable of so much more.

Carl Hiaasen has historically been one of my favorite writers (across all genres not just satire). He has always been tongue in cheek and critical, in a humorous way about social, environmental and economic issues. This book was all of that regarding his agenda, but with not much humor. In the first two chapters it was all about hate, and I usually agree with his point of view and admire his moxie but I am greatly disappointed in this read. I will no longer spend money on his books. That is a tragedy to me.

@OfDefiancy Why why?? You can squeeze my check but you should give me Ice cream first. Glad to know that noona, I'm doing good too

The biggest flex of my adult life is ordering coffee on an app and giving a good ole’ “Ope! Let me just squeeze rig…

❝ To be fair, she let me squeeze the boing boing. So, I suppose it was made up for? ❞

@robreiner I watched it just to evaluate how the radical left thinks and the basis for their hatred of DT. Made me…

“I AINT GOTTA SQUEEZE ON A GLOCK/ I CAN MAKE YOU POINT ONE IN YOUR OWN MOUTH, BELIEVE ME (BULIMIA) OR NOT” NITTY 🔥🔥…

@YIBOUNlQ "Me too." He gives your hand a right squeeze, hoping you could feel his sentiment through the little phys…

@goal I will still believe no matter what!Call me delusional all you want,but I think we can atleast squeeze into t… 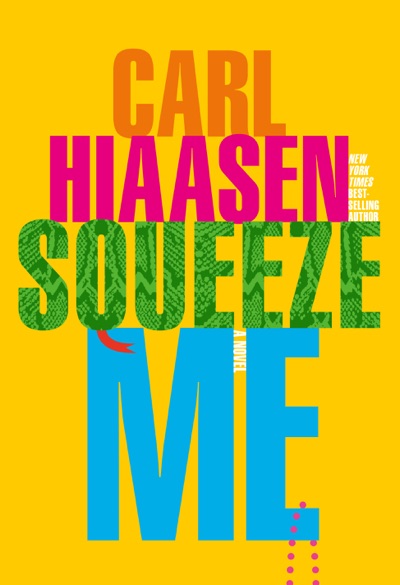