Country music, his parents, cold beer, and apple pie…just a few of the things Frank Tate loves. The former SEAL, now a Lighthouse Security specialist also loves his job and lives for the next mission.

But when a call from home sends him back to the mid-west, the past and present collide as danger follows the girl he left behind years before. Will Tate and his fellow Keepers save her in time to see if she has a place in his future?

Lighthouse Security Investigations
The Lighthouse SI Keepers were men and women from the SEALs, Rangers, Special Forces, Deltas, and AF Special Ops. All having been trained in CIA Special Ops, the Keepers were the best of the best and ready to take on any mission.

Scenes and language are similar to an R-rated movie...18+ only.

Tate, a former SEAL, now lives and works in Maine. Tate grew up on a ranch in Wyoming, but always longed for more. Tate longed to be a SEAL and see the world. Tate’s best friend also enlisted, but didn’t return home. Finding solace in Nora (his best friend’s sister), only to make a unilateral decision and break it off with her via email was his ONE big regret. Tate returned home many times since starting with Lighthouse Security Investigations, but Nora avoided him at all costs. It’s been ten years of regret, avoidance, and missing his best friend. Tate intends to right his wrongs, he just doesn’t know where to start. Nora has had a lifetime of sorrow and loss. Happiness is elusive. When she thinks she’s finally got a grip on her life, Tate comes back to town when his dad has medical issues. As a RN, Nora is assigned to care for Tate’s dad. Nora truly loves his family as they were there for her when her parents passed away, but being around Tate is an extremely painful reminder of all she’s lost. Tate’s determination to “work things out”, leads to an enlightening outburst—the source of all her pain and avoidance. Tate’s stunned, but even more determined to prove to Nora that they belong together. Until...Nora is kidnapped! Most of Maryann Jordan’s novels have the action at the beginning or near the beginning. In this novel, the action is ALL at the end. While I truly enjoyed Nora and Tate’s story, it was a little slow getting to the action. Once there, AMAZING! The story was very realistic. Meth labs, stealing of drugs, weapons, loss of loved ones...ALL very real!. I loved that Nora made Tate work for redemption! I cried, a lot at the beginning, but it ends in a HEA! I recommend this story, as all Maryann Jordan’s novels are worth the time! I read a gifted copy and all opinions stated are my own.

Joyce590 - Wow! Another wonderful addition to the Lighthouse series

WOW...each book just gets better. I have really enjoyed the Lighthouse series by Ms. Jordan. Each hero is uniquely different but has a beat since of who they are that translate to a great story. Love how the camaraderie and support for these men and women that just gets better with each book. This is Tate and Noras story. He heads home when his father has a medical emergency and runs into the girl he left behind. Its Tate to the rescue when trouble finds Nora. It’s a wonderful 2nd chance romance that will take a lot of work to overcome past hurt and emotional pain. You get to visit old friends and maybe meet new ones...time will tell. Well worth your time. Another winner for Maryann Jordan! Enjoy Adult language and content.

Another great addition to the Keepers! Tate has some demons to face when he suddenly needs to return home. Nora has suffered unimaginable heartbreak, in more than one instance. It was great to see them find their way back to each other. A little action and suspense along the way.

I love this second chance story. It hit me right in all the feels from the very start. Former Navy SEAL, Frank Tate is living in Maine and working with Mace and the Lighthouse Security team. He has to return home to the mid west when his dad is suddenly hospitalized. He finds the girl he left behind, Nora is in danger and enlists his LSI family to help keep her safe while he attempts to earn her forgiveness for his past mistakes. “You were the girl of my heart and now the woman of my dreams, and I’d be a ... fool to let you go now that I found you again.” I love the blend of mystery, suspense and romance in this story that had me on the edge of my seat and swooning in turns. -5 Stars!!-

Tate a book in the Lighthouse series is a second chance book that you’ll love. After returning his Seal duties after burying his best friend and his girlfriend Nora’s brother he decided the best thing for Nora would be to set her free, something he always regretted. When a family emergency calls Tate home he hopes to be able to talk to Nora even though she’s ignored him for years. This book has it all, family, heart to heart talks, surprise revaluations and a kidnapping will have you turning pages as fast as you can. There’s even a twist that Maryann Jordan does so well. I always love a Maryann Jordan book, definitely loving her Lighthouse Series!

@SportsGuy_Jeff: After a 15-yard personal foul penalty on Moore, Geraghty throws a perfect pass to Tate Gaw for a 24-yard touchdown. PAT…

After a 15-yard personal foul penalty on Moore, Geraghty throws a perfect pass to Tate Gaw for a 24-yard touchdown.…

On the first play of the night Matthew Palazzo hits Connor Lammons for a 52 yd TD and Chuckey-Doak leads North Greene 8-0.

What do you think about Tate: MaryAnn Jordan book? Ask the bookpedia.co community a question about Tate! 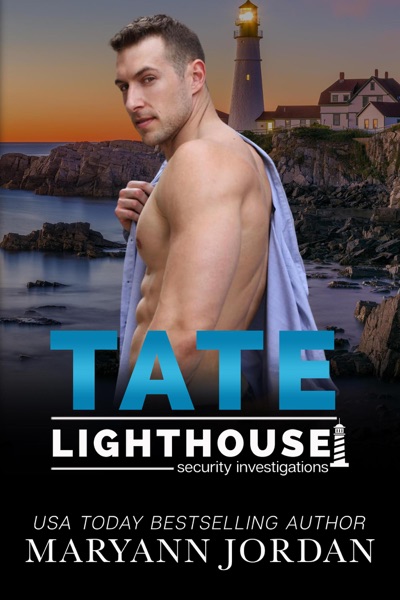