A drunken bet that led to a fake relationship? My naive little heart still hoped it would last...
We were never meant to be together.
He’s a bartender with noncommittal tendencies.
I’m looking for … the opposite. Commitment. Period.
But drinks and a bet led to something it shouldn’t have: a fake relationship. Worse, a first date, a first kiss… and then more.
He’s addictive and I can’t bring myself to accept the reality.
That it’s all a lie and I’m fooling myself by thinking he could want more. That I could change him.
He’s mine for as long as I keep on pretending like this is just for fun.
As if I don’t want more…
Like when he whispers my name, I pretend it doesn’t make my heart flip.
Like when he holds me at night, I pretend I don’t want to lay in his bed every night.
It's just a bet; just a lie . . . until it isn't.

It wasn't exceptional but it wasn't bad as well. If you're looking for a light read, nothing perfect, then it's not a bad choice.

I loved this book so much! However, I wish it were longer, or at least a second!

You will enjoy the love story of Charlie and Grace! The storyline is good and the characters are great! Could have used a bit of editing but not too bad.

This is a sweet but steamy romance between a girl and a guy in a bar. One is dealing with issues from their past, while the other is dealing with issues from the present. The question becomes will they have a future together. It’s a friendship that turns into so much more. I thoroughly enjoy reading everything from this author! This is one of her more lighthearted, feel-good books with a little bit of steam. It’s an easy read that will having you crying but leave you smiling in the end.

Willow Winters truly out does herself with Knocking Boots! This novel has quickly made its way to my favorites lists. This certainly steamy romance has everything I could want; a sweet love story between two honestly well-developed characters. Grace and Charlie met at a bar that Charlie owns and Grace frequently goes to, and they then become friends. They have their trials and tribulations that must go through, but watching them face their fears and doubts makes them relatable and down to earth. Winters does a great job at writing characters that you can sympathize for while still giving you a good and sweet story. I really liked the book and highly recommend it too!

Great title for a book don’t you think? I thought the title was brilliant. If I hadn’t already planned to read this one, browsing bookshelves would have made me key into this one. Charlie and Tessa meet at his bar. They start off as friends. She is looking for commitment and he isn’t. It’s as simple as that. Yes, there is mutual attraction, but that’s all there can ever be. Or so that’s what they think. Charlie’s sister is getting married and his ma is trying to set him up with someone. Ya, he’s not liking that idea. Tessa to the rescue. She’ll be his pretend girlfriend And date to his sister’s wedding to get his mother off his back. It works a little too well and now they have both caught ‘feelings’. I greatly enjoyed this one and I highly recommend you read it!

Charlie and Graces story is absolutely captivating! It’s a fun southern romance that has you feeling ALL the emotions. Charlie, the hot bartender, will grab your heart from the beginning and Grace will have you mesmerized! Definitely a five star read!

@DanCanobbio: [email protected] isn’t just knocking at the door anymore...he’s busting it down on his way to a title shot. ☑️66 punches thr…

@morgansdavidson 😬 all their premiers have been drinking beer and knocking boots.

@l3neee91: "An unexpected pairing turns up the heat." Who's knocking boots in two weeks? #YR

There is just so much to unpack about them two CNU students knocking boots in the DSU ballroom. Let’s begin class....

@thatVillystan I look forward to #Veo. Spoilers say that to unexpected people will be knocking boots.

@BlitzVideos I see noting wrong with that. Just beautiful. Greatest feeling in the world knocking a lad out of his boots 😍 #SteelersNation

I think Pretty Ricky did “Knocking Boots” just slightly better than H-Town. But I could be bias cause I stan tf out…

I’m knocking ya bitch boots, She let me hit in my timbs

"An unexpected pairing turns up the heat." Who's knocking boots in two weeks? #YR

@DrShayPhD: @RealJamesWoods Ummmm....With his son knocking the boots with his dead brother's wife, this should come as no surprise. 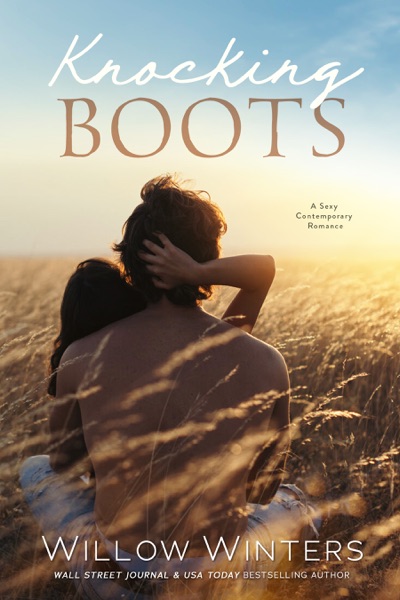