‘WOW..... and breathe...... What a brilliant book this was!!! I was hooked within the first few pages and I just had to sit in my comfy chair and finish it… Brilliant from the beginning till the end!’ Goodreads Reviewer, 5 stars

I will do anything to protect my daughter. She’s all I’ve ever wanted and all I really have, but the moment I opened that letter and accepted the gift inside, I walked us right into a dangerous trap.

I know I should have got her to tell me who she’s been talking to on the phone late at night, and where she was the day I went to pick her up from school and couldn’t find her, but she’s not spoken a word since she discovered a secret hidden in our new home.

A jaw-dropping, addictive and totally twisty psychological thriller that will have you sleeping with the light on! Perfect for anyone who loved The Girl on the Train, Friend Request or The Wife Between Us.

Readers love Single Mother:
‘Omg!! I read this book in one day!! Could not put it down. It been a while since I’ve had a book that has gripped me like that.’ Goodreads reviewer, 5 stars

‘Mind-blowing. I loved this book. It was epic. Oh my God… The ending was so unexpected. It was absolutely brilliant. I still can't wrap my head around it… I'm still reeling. Grab your copy ASAP.’ Inscribed Inklings, 5 stars

‘Addictive… not to be missed… will have you hooked from the very beginning and will not let go… a twisty thriller that will keep you guessing, and I couldn't put it down.’ Goodreads reviewer

‘I wanted to jump into the pages… a really gripping and exciting book that I devoured way too quickly.’ Pink and Dizzy, 5 stars

‘I loved this book… filled with loads of twists… I was taken by surprise and I love that… addictive as hell and I read it in just over a day… I have to say I couldn’t put it down.’ Goodreads reviewer, 5 stars

‘Absolutely loved… That twist at the end...Wow!!!!’ Goodreads reviewer, 5 stars

‘Forced me to finish in one sitting as I couldn’t wait to find out… hooked from the first page… twist after twist, and when I thought it all wrapped up nicely, she expertly throws in another one… a chilling, utterly engrossing, and refreshing read full of suspense.’ Blue Pink Books, 5 stars

‘Tremendous!… knocks it out of the park… lots of red-herrings thrown in to keep you guessing… buy this book as soon as you are able, you won’t be disappointed. Loved it.’ Goodreads reviewer, 5 stars

‘OMG!… Hits you between the eyes with the most perfectly placed plot twist that had never even crossed your mind! You certainly won’t see where this one is going so just buckle up and enjoy the ride… A BRILLIANT page-turner! It has an incredibly satisfying ending that sent shivers down my spine AND an exquisite twist that made my heart sing! Loved, loved, LOVED it!’ My Chestnut Reading Tree, 5 stars

This book has lots of twists and turns. You never really have any clue that the book will actually end the way it does.

My Review: I love, love, love this author so much!!!!!! When I saw she had a new book coming out I knew I had to read it. I’ve read so many books by Samantha Hayes and I’ve loved them all. There was never a bad one. This book was no exception to that. It kept me guessing all the way through. I loved that twisty ending. This book was about Melanie who was a single mother to a twelve year old and was down on her luck. She had miraculously inherited a hotel just in the nick of time. But strange things start happening at the hotel and then her daughter goes missing. Melanie had to figure out what’s going on and fast to save her daughter. What secrets did this hotel hold? Who gave her this hotel as she had no family? Who had a grudge against her and her daughter? You find this out and so much more. So I want to start out by saying how much I loved this book. I do want to warn readers I found it a bit slow paced in the very beginning. I know most books are slow to start as you are getting to know the characters but this was extremely slow but it definitely picks up by the middle of the book so don’t give up. It’s definitely worth it in the end. I loved all the characters and they worked well together. I found them all to be hiding secrets and when the truth finally came out there was an explosion of emotions. I liked the plot as well. Melanie was abandoned as a baby and didn’t know who would leave her such an extravagant gift like a hotel. It was fun watching her play detective to try and figure out what secrets were lurking behind the shadows. That ending was awesome. There were so many twists and turns. I didn’t know which direction I was heading in. It was like a winding road that was never ending. As you can see I loved this book for so many reasons. Between the plot, characters and all the twists in this book it made it an easy and fast read. I would definitely recommend it and happily give it 5 Hearts❤️❤️❤️❤️❤️

“Single Mother” was an unputdownable, read late into the night kind of book! I very much enjoyed the short, suspenseful chapters, continually telling myself, “...just one more chapter!” It's hard to believe that this was my first read by Samantha Hayes! The story itself follows single mother Mel and her twelve-year-old daughter Kate. They are down on their luck and trying to escape Mel’s abusive ex when an unexpected inheritance seemingly solves all of their problems. Mel endeavors to not only rebuild a stable environment for Kate but also to restore the old, inherited, and beaten down hotel. When Kate goes missing one night after a disturbing discovery on the grounds, Mel fears the worst. Hayes has penned quite the thrilling tale with “Single Mother,” skillfully snatching up her readers and sending them racing down a twisted, winding path. While I did figure out a few of the reveals beforehand, I was altogether satisfied with how the story came together. Sarah’s character may have just been my favorite; at first, she was eerily unsettling, creeping around the hotel, but as her story came to fruition, I felt the heartbreak, fury, and finally the satisfaction in her ultimate breakthrough and resolve. I'd recommend this book to the many thriller fans out there; you won't want to miss this one! On another note, I'd like to mention that I enjoyed the author's letter at the end; it’s always interesting to find out the inspiration behind the written word. Many thanks to NetGalley, the author Samantha Hayes, and the publishers at Bookouture for my advanced copy of this ebook. I have honestly and voluntarily reviewed this title.

Absolutely amazing book. I hardly read reviews but I could not stop reading this one I was hooked from the beginning. The story and the plot twist was brilliant from start to finish!

Good storyline with lots of twists

Where do I start with this book without giving anything away or repeating the blurb? I loved it! Mel, the main character, will quickly draw you into the story and you will empathise, wanting to see what happens to her and her daughter Kate, after life continually deals them blow after blow. You will be anxious, alongside them, disbelieving of the events they face and astounded at how quickly and deviously the plot winds you in. Several times I thought I had got it and the story even moved towards what I had predicted. And then, off it goes, throwing in some turns I just hasn’t even considered. Samantha’s writing is as cleverly descriptive as ever, giving me clear pictures of a flat in Birmingham, a care home and a rundown hotel in need of renovating, without me realising I have read any descriptions. My mind was constantly puzzling, predicting and failing to solve the mysterious events and the twists keep coming, even when you think everything is sorted comfortably and you have a resolution - watch out!

@catharticist: ‼️ URGENT: Please & redistribute yr $$$ to this young Black single mother. She is currently residing in a dirty, rat i…

@Thuso1Africa: #pearlthusi is a single mother with 2 daughters. She has the following bills to pay; food, school, healthcare, housing, t…

@itsAsh_Anand: This Bday,SSR is celebrating wid his mother. He wud hve been Happy seeing the way v celebrating his bday, the way v all a…

@Bostonhitters @ChamanVarshney1 @POTUS Me being a single mother (ya I see ya went to my page have a fun look?) Trus…

@scandipop: INTRODUCING: Amadeus follows in the footsteps of his famous mother - Carola - and launches a career in music. Today, he's ou…

@KimMangone: I am the Democrat running against Republican Kevin McCarthy. I am a United States Air Force Veteran, Democrat and a single…

@RobStrong621: Being raised by a single mother, a captain in the army, and fighting her way into the pulpit in the SOUTHERN BAPTIST, wat… 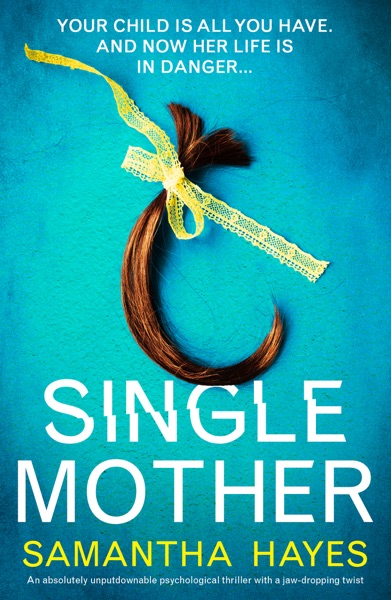