Don’t miss one of America’s top 100 most-loved novels, selected by PBS’s The Great American Read. Narnia . . . a land frozen in eternal winter . . . a country waiting to be set free

Witness the creation of a magical land in The Magician's Nephew, the first title in C. S. Lewis's classic fantasy series, which has captivated readers of all ages for over sixty years

On a daring quest to save a life, two friends are hurled into another world, where an evil sorceress seeks to enslave them. But then the lion Aslan's song weaves itself into the fabric of a new land, a land that will be known as Narnia. And in Narnia, all things are possible.

This ebook contains the complete text and art. Illustrations in this ebook appear in vibrant full color on a full-color ebook device and in rich black-and-white on all other devices.

This is a stand-alone novel, but if you want to journey back to Narnia, read The Lion, the Witch and the Wardrobe, the second book in The Chronicles of Narnia.

Missing pages from chapters. Rather annoying

The beginning of the tale. Wonderfully fantastical!

@Ohheyjoeayy: Finally someone giving The Magician’s Nephew some respect.

Finally someone giving The Magician’s Nephew some respect.

@dchulu11: INJECT IT 😭 been dying to get the full series, waiting on the magician’s nephew and the last battle

@chibikuma83 @Gatz77 I agree. The Magician’s Nephew is a brilliant book and deserves a good adaptation. The idea of…

The first fantasy novel I've ever read. This whole series is the reason why I came to love fiction books. So excite…

fuck!!! i really wanna see the magician’s nephew. the book was too mad.

The Magician's Nephew has to be treated like a prequel. You don't watch Fantastic Beasts first before getting into…

Did anyone read “The Magician’s Nephew”? I did in 7th grade and loved it!

@Nightshade386 Though I do wish they'd stop putting The Magician's Nephew first. It is a PREQUEL, you don't go back…

@CelineBrianna The Magician’s Nephew. It was so well written 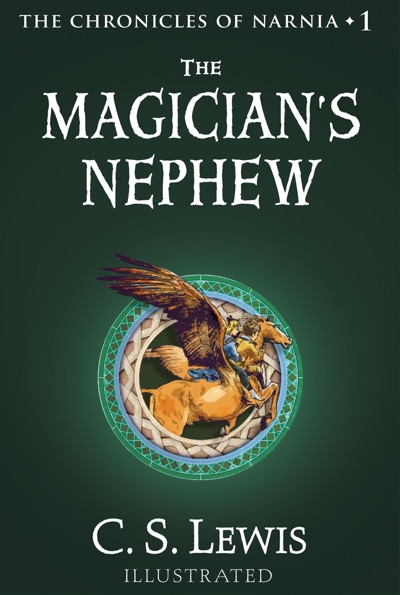