Lieutenant Eve Dallas uncovers a conspiracy when she investigates the murders of some of New York City's troubled youth in this thriller in the #1 New York Times bestselling In Death series.

Leading the demolition of a long-empty New York building that once housed a makeshift shelter for troubled teenagers, Lieutenant Eve Dallas’s husband uncovers two skeletons wrapped in plastic. And by the time Eve’s done with the crime scene, there are twelve murders to be solved.

The victims are all young girls. A tattooed tough girl who dealt in illegal drugs. The runaway daughter of a pair of well-to-do doctors. They all had their stories. And they all lost their chance for a better life.

Then Eve discovers a connection between the victims and someone she knows. And she grows even more determined to reveal the secrets of the place that was called The Sanctuary—and the evil concealed in one human heart.

Lakewaco - Wait Till The End

Another interesting Eve mystery. Many suspects, 12 girls in the wrong place at the wrong time, then the investigation goes thru Africa, Zimbabwe, and then the Adirondacks.

I have read every one of these books in this series. This one is not a disappointment. Same strong characters, story line etc. Looking forward to the next one. Recommend highly. Each book stands alone but the series is also connected.

If you are looking for excellence in crime and mystery, Nora Roberts is the best. Her attention to detail, from a snow flake on a warm hat, to the persona of her characters is outstanding. She keeps you guessing until the very end.

I have read every book in the series, obviously, but I seriously think this was the best of the lot, and that's saying something as they are all really good.

Another top-notch book about my favorite detective. Lieut. Dallas rocks! I love the way that Ms. Roberts makes her characters so sympathetic when you finish a book you really feel like you know every single one of them.

The plot invites but does not require the smarmy, sickening portrayals especially of the Peabody character. She has to go! Worthless, gushing, ignorant cow. And Dennis the Dumb is just nauseating. Too much Roarke mooing at Eve to continue the bovine metaphor. I hated reading this trash. If the author wants to switch to sickening, cloying romance writing let her at least be honest about it and end this pathetic series.

Did not finish reading, no suspense.

I've read all the Dalas books, have been a fan for he past 3 years. I loved the book about their vacation to Ireland. I believe that the books are popular because of the personal story about one or more of the characters that is woven into the book, that seemed to be missing in this story.

Just love the JD Robb "in Death" stories. Once I start I seriously can't put it down. She doesn't write new stories fast enough!!! Please hurry with the next book!!!! If you haven't read any of these books yet, I would strongly suggest you start with the first and go in order.

Just love the JD Robb "in Death" stories. Once I start I seriously can't put it down. She doesn't write new stories fast enough!!! Please hurry with the next book!!!! If you haven't read any of these books yet, I would strongly suggest you start with the first and go in order.

This book was no where near as good as the other in death books. It was very predictable and not very interesting. I hope the next one is better. Perhaps Nora Roberts has run out of ideas for the series.

I've read the entire Eve Dallas series, and think this is the one with the most heart. But it could not have been written without the previous books, giving us a history and sense of Eve, Roark, and Mavis in particular; where they all came from, what they rose above, and how this case connects to the heart of each of them. Thank you, Nora.

I have read every JD Robb Death Series book. I have never read a bad one, never a boring one, never one that I have failed to thoroughly enjoy! As with all the Death books, this one was amazing! Thank you for the joy you give your readers! Alice Petty

In her usual style Robb has presented a mystery with twists and turns that aren't always readily seen. I enjoy this about her novels. What I don't enjoy with her novels and quite frankly many futuristic novels is the treatment of African-American people. They have not ever been main characters within Eve's or Roarke's inner circle. The preference is always for white or patois. When the occasional Black person arrives, you can tell. They are given stereotypical language, jobs, skills, or backgrounds. They aren't doctors, consultants, wealthy, or powerful. Why is this? Do white authors think Black people will not fare well in the future? Anyone of the reappearing characters in the series could have been black, married to someone black, and having black children. They could have worked alongside Eve and Roarke and spoke exactly the same as Peabody, Mira, or Trueheart. I find it disturbing that authors think we will not have held onto any of the culture we have exhibited from the 1600s has professionals, as educated, as cultured African-Americans. I pains me to see that social class based on skin color by skin color is honored by authors who paint futuristic worlds. Sex may have advanced, but white people and light- skinned people of mixed heritage will still be in power over black people. Native Americans and Hispanics won't even exist. The world will not be smaller, but larger. For someone in that day and age to think talking to someone in Africa is special....wow. I truly enjoy Robb's books, but always wish this author would grow up and see the future as more rather than less inclusive.

For an author that lives right down the road from me I sure have to wait a long time for her super duper books. This is again a great read. Love these characters. The personal an professional lives an real an funny and shows you a real honest future for all. Keep up ten good work but faster , please. Thanks from all of us.... Vicki

I look forward to reading each new "in Death" novel. Some are better than others, but they are all good reads. I forced myself to read this one over five days instead of reading it straight through. Looking forward to the next one. Hope it isn't too long into the future.

Much better than some of the other books Robb has given us in the past couple of years! I'm not going to lie when I say that Treachery In Death was the last good one for a while. With Concealed In Death, I felt like the old Dallas and Roarke from the earlier novels, were back at last!

fantastic as always. Eve and Roarke are my favorite couple since I began the first book. thank you

My god what a boring book. Don't read it unless you're into SciFi. Great starting premise. At that point it kept jumping into the future so much it was "off putting ". I could never develop any empathy for the characters, and only fast forwarded to see what happened, but cared so little I didn't understand it. I assume she's a niche author. I wint be reading her again

Loved all of the other JD books. This one was quite boring. Guessed the suspect in the beginning and was waiting for a twist to make it exciting. Never happened.

I agree -this buying books online is not a money saver! That being said,the story was okay, I want to see Dallas pregnant and fighting.

I am a huge fan of all Nora Roberts and JD Robb books. She has an amazing talent in captivating your imagination and creating a great story. The bad part is, that I read the book in 2 days and now I have to wait for a long time for the next to come.

This is yet another great book in the series; however, I wish she would advance either the Peabody/McNabb plotline or the Roarke/Dallas plotline. Things have become stale in the character’s personal lives. That said, great murder plot as always!

Loved the book but $11.99 for a digital copy was a bit ridiculous. Big companies wonder why people pirate digital copies of music & books...this is why.

This was my first J.D. Robb book. Going by the reviews, I had higher expectations. The story drags on for too long and there isn’t much suspense or element of surprise…. I found the main character and her husband to be an annoying and arrogant couple, so I never connected with them. By the end of the book, when the mystery was solved, I was just so disappointed because they was no cliffhanger or twist. Never again will I read something from this author.

@allybacon5: JAMES WAS KILLED BY A KNOWN WHITE RACIST WITH AN EXPIRED CONCEALED CARRY PERMIT WHO CLAIMED HE WAS ACTING IN SELF DEFENSE S…

@allybacon5: JAMES WAS KILLED BY A KNOWN WHITE RACIST WITH AN EXPIRED CONCEALED CARRY PERMIT WHO CLAIMED HE WAS ACTING IN SELF DEFENSE S…

I mean, if the “sphere” part denotes a concealed artificial satellite, a Death Star that is hoovering up treatment…

@TheCamrynNoel: Sandra Bland’s death will never sit right with me. Especially after seeing footage of them tying her up like a hog and d…

@MeysamYaghoobei: Iran SL referring to #GeorgeFloyd death and protests: What is seen today in the US is the indication of realities whic…

Iran SL referring to #GeorgeFloyd death and protests: What is seen today in the US is the indication of realities w… 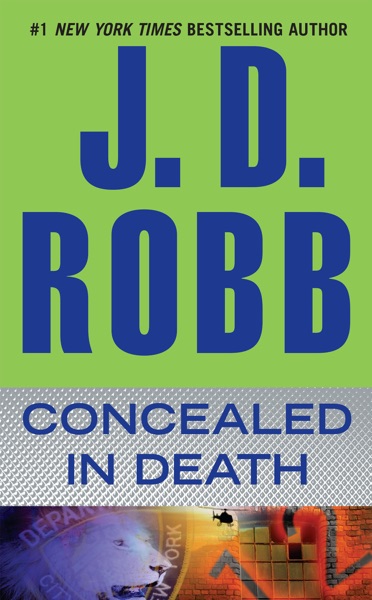