The harrowing, true account from the brave men on the ground who fought back during the Battle of Benghazi.
13 HOURS presents, for the first time ever, the true account of the events of September 11, 2012, when terrorists attacked the US State Department Special Mission Compound and a nearby CIA station called the Annex in Benghazi, Libya. A team of six American security operators fought to repel the attackers and protect the Americans stationed there. Those men went beyond the call of duty, performing extraordinary acts of courage and heroism, to avert tragedy on a much larger scale. This is their personal account, never before told, of what happened during the thirteen hours of that now-infamous attack.

13 HOURS sets the record straight on what happened during a night that has been shrouded in mystery and controversy. Written by New York Times bestselling author Mitchell Zuckoff, this riveting book takes readers into the action-packed story of heroes who laid their lives on the line for one another, for their countrymen, and for their country.

13 HOURS is a stunning, eye-opening, and intense book--but most importantly, it is the truth. The story of what happened to these men--and what they accomplished--is unforgettable.

This book gives first hand accounts of the attack on the US ambassador and of the survivors ensuing fight to stay alive. Very much free from politics it gives the reader the story of the tragedy without the trappings attached to it from the recent Presidential campaigns. Hopefully, politics aside, the lessons learned can be used to prevent similar tragedies. After the embassy overthrow in Iran during the late 1970's and the 2012 attack in been Benghazi,surely the US has learned to stop being dependent on security being provided to our embassies and consulates by local forces that we cannot completely rely on.

After seeing the movie I knew I had to read the book to get more of the story. I have to say I wasn't disappointed. America is lucky to have people like the operators.

To the Operators for doing what they know best and making a real difference when it matters.

KyleG32 - A visceral and patriotic read

Just a stunning read that begs the question what would you have done? And finally, how could the Clinton state department be so negligent?

Fabulously written !!! Difficult to put down!! Sad I've finished it so quickly. Thoughts, prayers & much much love to those lost and those left !! True American Hero's !! The current administration in DC should be hiding their heads in shame !! Thank you for writing such an incredible, yet horribly heartbreaking chain of events.

Merrie29 - Could not put this down.

I am not a military person, however I do have a job and have felt frustration when all I want is to do my job and am stymied by managers who say wait, not yet, we need one more thing. That frustration on a military level with lives at stake is detailed in this book. I actually cried for the lives lost here, for the frustration the survivors felt and in pride for their willingness to serve.

Gripping and objective account of the ordeal these brave men faced. The facts about this incident forces the reader to draw only one conclusion- the State dept put these heroes in danger- and failed miserably at trying to rescue those in the annex. Very well written- a must read!

What a tragedy our country faced on September 11, 2012. If Hillary would have responded to the request for more protection I would not be writing this review. And the book would not have NEEDED to be written. I recommend all Hillary supporters to read this book before you vote. After reading, if you still vote for her, you're not a true American. Hillary let these great Americans down. Enough of these politicians not doing their job. Let's make America great again! Kurrin Bickmore

It was great to read about these men. It gives you an appreciation of what true heroism is all about. God bless the USA and the military and their families.

This was one of the most moving books that I have ever read. The courage and bravery of the men who tried to save Stevens and Sean. The fact that no one needed to die if our government had stepped up to the plate in the first place and had sent reinforcements to the Annex would have prevented the death of Glen and Ty. When I discussed the book with my husband, he said that Stevens had been drug through the streets and dismembered. This was such a straight out lie because he did not die this way. You need to read the book to see the true facts of this attack against America. Where was the Secretary of State when this was happening. Her job was to protect American lives, and she certainly failed at that. Hillary Clinton continues to lie about what happened there and seems to believe that it really doesn't matter anymore because it is history. Someone should tell her that history has a way of repeating itself if we don't learn from it.

Read this straight through to the end. Where were the 50 vehicle, 100 men militia and technicals when these guys needed them? Where was America? Tragic story which could have had a different ending if our govt had responded. I'll never forget these men and their sacrifices. God bless them all.

Telling the story about what happened in Benghazi through the "operators" eyes. Good read, highly recommended.

I just finished reading 13 Hours and it is an amazing book. The author tells the story as it was told to him without under or overstating any of the events of the attacks in Benghazi. Definitely a must read for anyone who wants to understand what really happened that night.

Very good read! What a messed up situation that all could of been prevented. RIP till Valhalla

A stunning story of true valor. Men who gave their all in protecting others. And more proof of the huge disconnect between Washington and reality.

In this day and age of instant news coverage and political environment in the US it is always best to hear from the boots on the ground. The heroes of this book are a testament to the US military training and should never be taken for granted nor forgotten. The book is well written and the forward laid out exactly what the book is, an actual representation of the events. I would highly recommend for those interested in hearing the real story vs. what we hear from the media.

This is a chilling and eerie account of the events taking place on 9/11/12, at the Benghazi Compound and CIA Annex. The book makes you feel as though you are present as each bullet is fired or mortar lands. Our country is indebted to the heroes of Benghazi, both living and deceased! This book will become part of our Middle East history in years to come. Very well done!

Probably the closest we will come to truth in the entire Benghazi incident. Government and political incompetence at its finest. I only hope we can learn from it and the lives that were sacrificed we're not in vain.

Excellent read which I highly recommend. The timeline is laid out very well. The men who fought and died to save others are beyond heroes as are their team mates who survived to fight to keep each of us safe again.

Shocking, devastating, sad, proud, reminders of the incredible work performed by special members of our country. It's chilling and heartbreaking to read the details. 13 hours is a must read to get a better understanding of the events that took place in Libya.

Why did an event like this take place and people in our government take such efforts to create a story rather than support the great Americans. Had the government sent support they may have saved the day they may have failed But the people of the United States of America would have been proud and support active response. If you tell the truth you don't need a long memory!

After reading and studying different accounts of this event, one has to answer a simple question. In our political system, especially over the last 20 years, do you believe or even take into consideration the governments explanation on any event like this. Do you believe who was there or do you believe those who have a vested interest in maintaining their status quo. Until we actually hold people responsible, we being the "people", nothing will change. There is NO accountability, none in this current administration for this tragic event that could and should have been prevented.

13 Hours is a must-read for any American who wants to learn more about what really happened on the ground during the Battle of Benghazi. So much of this story has been suppressed by the media and the government; every American who truly loves his country should know the details. It is simultaneously a national scandal and tragedy. This is the stuff of which heroes are made!

This was a pretty good read 4/5 stars. It really shines a light though on what appears to be the public lies told by the US Govt when all of this happened. The US blamed an internet video for this attack when they knew all along this was just plain terrorism. To me, this book raises more questions about why our govt hasn't been forthright with answers.

This book was amazing. Along with explaining in good detail the events of Benghazi, this book takes you into the minds and brotherhood of warriors.

But I didn’t. The heroes who experienced this were let down by a weak writer. It’s a worthy read..and I’d recommend it still, but it’s not a great read by any stretch. Meanwhile..the studs who experienced this got jack from the government, but the slackers who were responsible in the CIA, DS, State, handed each other medals like it was Free Candy Day at the mental hospital.

Excellent! Couldn't put it down. Hearing the true story of what happened really brings it to reality!

God bless you (the three writers/survivors) for everything you've done for our country, God bless your families and keep them safe. ن

@jiminielovelly + the closest stop is 13 hours away, you're broke and you only have 1 device to buy tickets in 😔

@AH_Michael Been working on it, 13 hours in and I’m still in flotsam, haven’t done the second mission...but I kille…

So the Apple smart battery case for the 11 Pro Max lasts 5 hours with hard use +gaming. Which means the total scree…

When you get back from working 13 hours and forget you left your life in shambles when you left for work in the am.…

@MaxBoot Are they really going to make about to turn 65 year old John Roberts, do his Supreme court work in the mor…

@Mrhappy1227: Over 13 hours of Kakarot today! Managed to get through all the story sagas and finally unlock the post-game! Overall fun g…

@PJM_data: Serendipity MV is just 99k away from achieving 129 million views on YouTube. We need approx. 5k views per hour if we want to…

What do you think about 13 Hours: Mitchell Zuckoff & The Annex Security Team book? Ask the bookpedia.co community a question about 13 Hours! 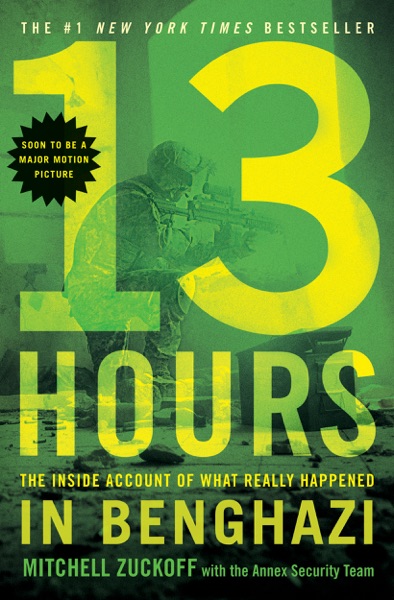