In a shadowy antiques shop in Rome, violinist Julia Ansdell happens upon a curious piece of music—the Incendio waltz—and is immediately entranced by its unusual composition. Full of passion, torment, and chilling beauty, and seemingly unknown to the world, the waltz, its mournful minor key, its feverish arpeggios, appear to dance with a strange life of their own. Julia is determined to master the complex work and make its melody heard.

Back home in Boston, from the moment Julia’s bow moves across the strings, drawing the waltz’s fiery notes into the air, something strange is stirred—and Julia’s world comes under threat. The music has a terrifying and inexplicable effect on her young daughter, who seems violently transformed. Convinced that the hypnotic strains of Incendio are weaving a malevolent spell, Julia sets out to discover the man and the meaning behind the score.

Her quest beckons Julia to the ancient city of Venice, where she uncovers a dark, decades-old secret involving a dangerously powerful family that will stop at nothing to keep Julia from bringing the truth to light.

Praise for Playing with Fire

“Compelling . . . I defy you to read the first chapter and not singe your fingers reading the rest.”—David Baldacci

“One of the best and most original thrillers of the year.”—Providence Journal

“Will make readers drop everything to immerse themselves in its propulsive dual narrative.”—Los Angeles Times

A weird sister - Incredible- will be a favorite for me

You can hear and feel the music, the fire it simulates. What a fascinating novel on the people and horror of living in Mussolini’s Italy. This for me was a fabulous read.

A good read. I really enjoyed it.

This book follows two narratives - one set in modern day Italy while the other is set in the 1940s. While the story starts off as a horror rather than a thriller and gradually embraces the latter as it’s primary theme, it is well-written and the transitions between narratives are especially well done. I personally found the twist ending a bit rushed, along with some loose ends that could have been resolved.

archetype67 - excellent novel and departure from her previous work

Tess Gerritsen, author of the Rizzoli and Isles books, has written an engaging, stand alone thriller. Two narratives run through Playing with Fire in parallel until the end ties them together. Although it doesn't take a great leap to see most of the connections, there is a final twist that works well. The first narrative is about a contemporary second chair violinist, Julia, who, while in Rome, finds an old book of gypsy (Roma) music and inside is a hand written piece with the title Incendio. Immediately she is taken by the beauty and complexity of the piece. However, she returns home to Boston and plays it, getting lost in the intensity and trying to play the difficult piece. She stops to find that the family cat is dead and her three-year old daughter is holding the garden implement that caused the cat's death. This sets off a chain of events that has her obsessively seeking the origins of the composition. The second narrative takes place in Venice around the opening of the Second World War and is the story of Lorenzo, a violinist. His story, and that of Incendio is fraught with the tensions between a world gone mad and the belief that somehow, life will change for the better. Playing with Fire moves at a brisk clip and the stakes become deadly for the two characters for seemly disparate reasons. Despite the pace, Gerritsen explores the underpinning questions about the nature of sanity and insanity and weaves the theme through the narratives without the exposition typical found in such weighty explorations. Is there something wrong with Julia's daughter? Is this haunting piece of music affecting her? Is Julia, whose family has its own dark history of mental illness, loosing her mind? Will someone kill to protect their secrets? Will Italy go the way of Germany and eliminate those who are different, despite their deep integration into Venetian society? Will talent and the ability to create beauty protect when nothing else will? Questions of plot become rumination on something far more interior and personal - what are we, as humans, capable of and under what conditions? The ending is a twist, yet all the pieces to solve the puzzle are there for the careful reader. Gerritsen does a fine job of balancing the history, the emotion, and the suspense with the thematic exploration of a complex topic through following the story of a haunting piece of music.

I kept expecting Julia's family history to be expanded it either needed to be expanded or not included at all as the tidbits we were given were mostly pointless as they turned out to be non utilized teasers it felt like a filler to make the book bigger. I felt the ending was sort of abrupt when a lot more could have been done with it. Although the plight of those who are Jewish should not be forgotten at any historical time I just think the book could have been so much more than it was, also it was a very quick read did not even take a day to read.

I just finished Tess Gerritsen’s latest novel Playing with Fire. It is told from two different perspectives. Julia Ansdell is in Rome, Italy. She was playing a festival nearby (she is a violinist). She is picking up souvenirs for her husband, Rob and her daughter, Lily (a cute, little blonde) before heading home. Julia notices an antique store with old music and books. Julia collects old and unusual music. She picks up a book with gypsy music and a single sheet of music falls out. It is handwritten with the title Incendio by L. Todesco (means fire). The first time Julia plays the music at home while enjoying a day with her daughter, Lily. The next thing she knows is her cat is dead and Lily is holding the garden tool that killed the cat. A few days later Julia is playing the music again (and Lily is home) and she is stabbed in the leg with a piece of broken glass. Lily is saying “hurt Mommy” according to Julia. Multiple tests on run on Lily and the only thing they discover is that the music seems to be familiar to Lily (according to a test they performed). Julia withdraws from her daughter. The ever helpful husband believes the problem must lie with his wife. He wants her to go to a specialist (a psychiatrist that helps fathers get custody of their children). Julia is determined to find out more about the music. Lorenzo Todesco is an Italian-Jew in Venice, Italy in 1938. A friend of his grandfather’s wants him to perform a duet with his granddaughter, Laura (a lovely, bubbly, strong blonde). While rehearsing the two fall in love. But then they are unable to perform because Lorenzo is Jewish. Laura tries to save Lorenzo and his family, but they refuse to leave or realize how terrible it is going to get for Jews in Italy. Lorenzo ends up in an Italian concentration camp where he is picked to be a musician. Lorenzo plays music with other musicians to cover up the sounds of the poor souls being murdered in the camps. Lorenzo writes a special piece of music that he titled Incendio. Playing with Fire is an interesting story. I enjoyed reading this novel. I feel that the World War II theme has been overplayed this year, but I did like Tess Gerritsen’s book. It is different from the other novels I have read. It is overall a very well written book. The one thing I did not like was the abrupt ending. The book was going along at a good pace and then someone hit the brakes (whiplash). I enjoyed how the two perspectives tied together, but I was disappointed because it did not contain a great paranormal ending (the book felt like a paranormal book, but it really is not). I give Playing with Fire 4 out of 5 stars (which means I liked it). I received a complimentary copy of Playing with Fire from NetGalley in exchange for an honest review.

@efeomote: You are playing with fire 🔥

@jiayoujiaer Oh nooo. It's like playing with fire and gambling

Some of y’all have no business with an “LLC” but twitter told you to. You have no understanding of how to wholesale…

Enjoy with the best music all over the world. Now playing Burn Like a Fire by As Animals on

Join me Sunday night at 8pm on Twitch for some House vibes. I will be playing old and new House and Dance along wit…

@QueBeckhamJr: If you keep knocking at the devils door ....he go answer you but I think some people just love playing with fire until th…

@NinjaProgressiv: The Democrats and Biden are playing with fire on the issue of cannabis. If Trump legalizes weed it's all over. 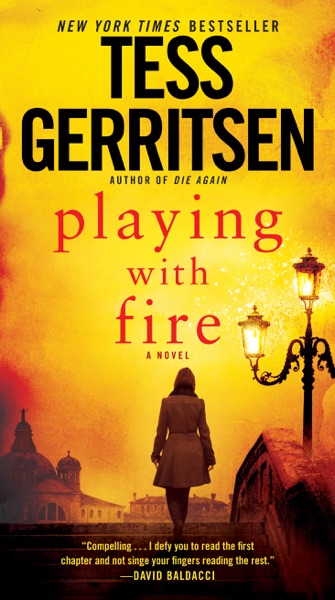