Sometimes brotherhood can be another word for conspiracy. . . .

Dennis Mira just had two unpleasant surprises. First he learned that his cousin Edward was secretly meeting with a real estate agent about their late grandfather’s magnificent West Village brownstone, despite the promise they both made to keep it in the family. Then, when he went to the house to confront Edward about it, he got a blunt object to the back of the head.

Luckily Dennis is married to Charlotte Mira, the NYPSD’s top profiler and a good friend of Lieutenant Eve Dallas. When the two arrive on the scene, he explains that the last thing he saw was Edward in a chair, bruised and bloody. When he came to, his cousin was gone. With the mess cleaned up and the security disks removed, there’s nothing left behind but a few traces for forensics to analyze.

As a former lawyer, judge, and senator, Edward Mira mingled with the elite and crossed paths with criminals, making enemies on a regular basis. Like so many politicians, he also made some very close friends behind closed—and locked—doors. But a badge and a billionaire husband can get you into places others can’t go, and Eve intends to shine some light on the dirty deals and dark motives behind the disappearance of a powerful man, the family discord over a multimillion-dollar piece of real estate . . . and a new case that no one saw coming.

If you already like this futuristic bent on murder cops then you will certainly like this one. The overall situation is pretty sick and you learn even more about the main character. Resolution is excellently done.

Lakewaco - Murder can maybe be justified

Another excellent book. Not always easy to read but a great story with thoughts of it happening in real life with lives ruined. Onto the next novel with Eve and Rourke.

One of the best Dallas books in entire series!

First book I've read by Nora Roberts that was too long and boring. It dragged on through too many pages.

J.D. Robb never disappoints. I love how Eve's relationships with the secondary characters have evolved. I found her interaction with "Mr Mira" especially poignant. Definately a book I will reread.

DomeDr. - One of the best

I've read them all and this is top three for me.

The book was another outstanding book in this series. An outstanding example of when law and emotions of the past come together in regard to a group of characters.

I am never disappointed in this authors books! I have read everyone in this series and will now wait impatiently for the next!

Better than all the rest. Nora's latest is perfection as usual. More than finely drawn characters and a robust plot, any book in the In Death series is a reunion with friends -- you read slowly, reluctant for the finish. Seems like forever until the next is published. And so you read again the previously published, and count the days. To experience the series fully, do start from the beginning.

Another page turner about rape and its consequences. The greed and inhumanity of the violence people inflict on one another. However a chance for Eve to finally move forward as she deserves with Roarke.

This series is tired. It needs a long rest.

I have enjoyed previous novels from J.D Robb but this was just stupid. Set in 2060 for no apparent reason with no explanation or glossary of the terms used leaving one to the imagination. The plot was NOT - set up early and then reinforced to the max, no surprises here. I would have stopped reading it but hoped it would improve - my bad!

Although the plots are always somewhat families, I can't help wanting to know what everyone of the cast of characters are up too. Ready for the next!

I made it to about halfway through the book and quit. Never captivated me. The author sets the story in 2060 and has a poor grasp of futuristic story telling. As an example, in the murders, the security records are supposedly removed by the perpetrators. Certainly these would have been on a cloud. Tube of Pepsi? Link? Disc files? Feels like it was written in the 1980's. Much better fiction out there than this.

This book, was by far, the best in the IN DEATH series. Finally Eve is realizing how much love is there for her and she is able to open up and accept the love.

Read all the books in the in death series and love them all! Brotherhood in death was heartfelt and the story was one that great from start to finish.

A good mystery and well written.

Just delightful as usual! I couldn't put it down!!

isalaur - One of my favorites in the series!

Fantastic addition to the series. Lots of references to previous works but not in such a way that you would be lost if you haven't read them. Robb does her usual great job of setting an emotional scene and drawing the reader deep into the story. I love how the amount of attention paid to other established characters can vary from book to book without it feeling like you are missing out. One of the reasons this series has been able to go on for over twenty years and forty books is the ability of the author to not only come up with fresh, interesting stories that cause the reader to think and mull their own value system but also to establish an interesting cast of characters that the reader comes to know me care about. I certainly hope that JD Robb intends to mimic Agatha Christie and continue to write this series well into her old age as I can't imagine having to give up new additions to my collection, which I have read multiple times, any time in the near future!! Highly recommend...but strongly recommend you read the entire series starting with Naked in Death no Glory in Death and read them in order to fully appreciate the very well done character development.

Brotherhood in Death was fantastic, Another great book in the In Death series. Totally fell more in love with Mr. Mira.

Thank you for another amazing book!

MrsGarvick - I laughed, I cried...

I love this series. This book was downloaded at 10 pm last night, and I've finished it less than 24 hours later. These books are ones you can wait to read and are so sad when you're done. Thank goodness we get 2 a year. Brotherhood in Death is one of the best in the series in my opinion.

Robb never disappoints, always a great read and you can jump right back in with the characters. It just never gets old and they are missed like family between books. I always have her next release pre ordered!

Once again a great job, well done. Hope it becomes a tv series one day. Please keep this series going, thank you for giving us a great story

@OfIrishRoots: ❝There must be a solution that doesn't end in death.❞ — Shay Patrick Cormac — Grand Master of the Templar Order — Profes…

More than 800 years on, this Brotherhood is not just about folklore; it's part of the city's daily life and death.…

which is eradicated by the Lions of Dhala Al-Adaini's Lie ... How did the Islah spokesman fail to deny their Brothe…

@nedryun ....Or Bow to other leaders like the illegitimate Muslim Brotherhood @DNC Death-Cult pedo @BarackObama who…

Bless these people who’ve seen in through my eyes. Through my list, preparations and details. Sheer hardwork. Brotherhood, loyal to death 👊

if you believe Robert Fuller’s death was suicide, you’re part of the problem. The police and sheriff’s office will…

•In Another World with my Smartphone •Konosuba •Goblin Slayer •Dr.Stone •Danmachi •Vinland Saga •Parasyte •Fire For…

@prettyboyshav There's too much to capture in a tweet reply, but you could probably read the whole thing before I w…

@AnakinS03737461 Avatar seems like the only one from the list that should be in the running to be honest. Others li…

@JayN_SC Haha is that the only Anime you watched? You gotta least go through the classics like death note, samura… 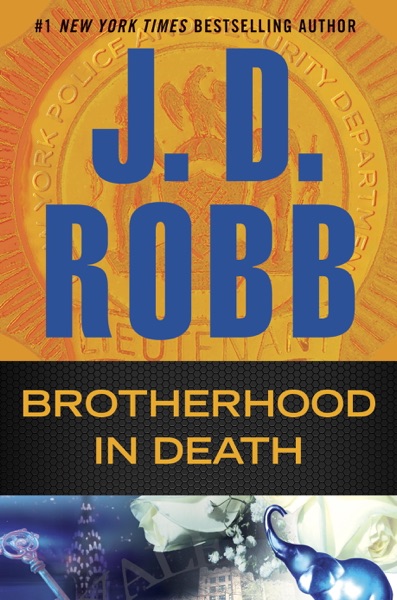