Published: 03 January 2017Book Score: 0/5This book hasn't received any reviews and votes yet!

"But what Emily Jenkins and Chris Appelhans’ lyrical collaboration is really about is the intoxicating thrill of friendship, and boundless joy of play..." –The New York Times

Winner of the 2018 Zena Sutherland Award for Best Text

With very spare, incredibly lively language, this is an entertaining read-aloud, with two amazing—and oh-so-adorable—characters at its heart.

“Appelhans, whose career up to now has been in animated films such as Coraline, is a revelation.” —Booklist, Starred, on Sparky!, illustrated by Chris Appelhans 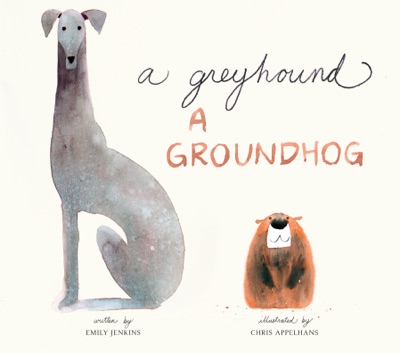 A Greyhound, a Groundhog Synopsis