“The Exiled Prince is a fabulous, quick read. I honestly couldn’t put it down!” —Reviewer

One night. No names. No faces. It should have been simple.

I’ve never been reckless with my heart until I meet a handsome stranger at a secret masquerade ball. From the glint of his dark eyes, he knows I don’t have an invitation. I’m not rich or a celebrity. I’m just the personal assistant of someone important. Instead of showing me the door, he escorts me through the gardens and into a world of decadence, sin, and forbidden pleasures.

From the moment we meet, I can’t stop thinking about him. The way his hands feel on my hips. The press of his hard chest against mine. Everything about this night is a sham except for the way he owns my body. Tomorrow, I’ll go back to my normal life and forget this ever happened. Tonight, I’m going to live it up.

Except…this isn’t the ending. It’s just the beginning. A few months later, my new boss is the billionaire exiled prince from the masquerade, and I’m in serious trouble.

Crazy not lazy - The Exiled Prince

It was plain, non suspenseful and blah. It was not horrific but it was not exciting as I imagined.

This book was great. I went into it not knowing that it was 2 parter. Since this book ended quite nicely,I’m satisfied. I won’t because I don’t read serials.

I really enjoyed reading this book. The characters were great. I’m glad it seems like Rourke has a good head on her shoulders and knows what she wants. Definitely a steamy read! I can’t wait to see what happens next.

Arieslady52 - A prince in more ways than one

Jeana E. Mann gives us another contemporary romance gem, this time with a bit of the Cinderella touch. Roman Menshikov is a big deal - wealthy, powerful, connected, but reclusive. Rourke is hired as his personal assistant, not realizing they’ve met socially once before. She, and he, survive the awkwardness, and as Rourke discovers who he really is, it becomes a hot romance. Totally enjoyable.

I enjoyed this book. I couldn’t put it down keeps you guessing and reaching for the HEA.

I loved the book-plot, characters, dialogue. I think, in time, a good edit is due to tighten up tech. advances, plot and characters. Distance and fresh eyes will make this book smoother and better.

Absolutely brilliant, could not put it down, fell in love with the main characters and the storyline. Once finished I immediately purchased The Dirty Princess as I needed to know what happens!

I received a free copy of this book however all thoughts and opinions are 100% my own. I loved this! It grabbed me from the first page, kept me til the last and enthralled me in between. Well worth your time to read it.

Im the Villainess, so Im going to keep the last boss. the ex fianceé of the prince is exiled, so she goes to the de…

Ildiko. Ildiko Breckl was a student at Aretuza before being dismissed as a third year student due to an falsified…

@KirbySommers: We have been privy to some of the names: 1. Bill Clinton 2. Prince Andrew 3. Leslie Wexner 4. Alan Dershowitz 5. Ehud Ba…

@Kaiseresc: @Bungie I loved the idea of fighting a giant worm god and its partner, an exiled Hive Prince. Xol and Nokris made for a very…

@LibmannSachs1 @MotherFreds @60Mins They are still present, always were. They were exiled & lived in the UK. Prince…

A Year for Kalsema (Book 1 of the Exiled Prince Series), by Arthur Lynch

@Bungie I loved the idea of fighting a giant worm god and its partner, an exiled Hive Prince. Xol and Nokris made f…

@RadioFarda_Eng: On eve of the 1979 revolution anniversary, #Iran's exiled Prince @PahlaviReza says the country is ruled by "criminals"…

There’s no ‘industry encroaches on nature intrinsically,but thru this mediating figure of the exiled indigenous pri…

The movie ends with the promethean King’s men all getting absolutely Merc’d, the sex workers saving the hapless men… 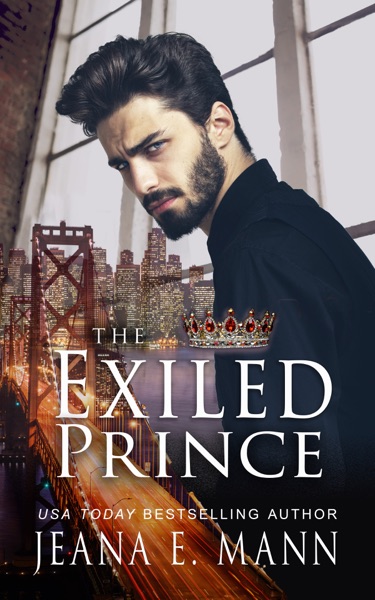