Whiskey River businessman Zack Banister has had his eye on Laurel Lewis for years, even though she's always been off-limits. The timing has never been right between them, but now that they’re both free, Zack is determined to convince Laurel that he's the perfect man for her.

The last thing Laurel needs is a white knight. She's a single mom and knows she can only rely on herself. But the thought of a fling with Zack is a different matter—and far too tempting to resist.

Then reality crashes in and Laurel faces hard decisions. And Zack will do anything to convince her to take a risk on him for their happy ever after.

jericho's girl - Ugh! Should have passed on this.

This was a painful read. Loved everyone in the story except for Laurel. So, Laurel trusted herself enough to have sex with Zach multiple times and have him around her young kids regularly BUT when he said he loved her and asked her to marry him she said 'no' ... because she didn't trust herself to make the right decision? What?! Naive? Nope. Dumb? Yup. Even when Laurel was explaining (finally!) to Zach what happened between her and her ex, I just couldn't muster any sympathy for her.

Laurel has trust issues. She doesn’t trust herself to make the right decision after an abusive relationship.

A nice summer quick read by the pool! Loved it

By eve gaddy Good story a little slow at the beginning but still worth reading! Bookbub

I really liked the story line... guy likes best friend’s sister and the sister likes the guy, but both don’t realize the other likes them. I loved Zack’s character! He was so patient with Laurel, he loved her kids as his own, he stood up to her brothers, but most importantly knew what he wanted, just wasn’t sure how to get it. Laurel on the other hand had started to really annoy me. She had a man who loved her and she kept putting up road blocks. I liked how the book was from both point of views- so you got to know what both characters were thinking- which helped me understand Laurel better. The ending felt incredibly rushed! I am dying to know if the robbery is relating to Laurel’s past- the author did not write more about it- maybe in book 3?! Overall- I liked the characters in Whisky River!

A great story. I totally became involved with the love story and can't wait to read the rest of the series. Thanks.

UP Sherwood - His Best Friends Sister

This book kept my interest as it was a moving story with a happy ending. I liked it enough to order the next in the series which was also an enjoyable reading experience.

Really loved this romance and the Whiskey River series! The characters are great and storyline is very good too. Great summer read!

I received a complimentary copy of this book from NetGalley and I am voluntarily reviewing it. While I enjoyed this book, I was getting a little upset with Laurel. She kept putting up roadblocks with Zack in moving their relationship forward especially after finding out she is pregnant with twins. Zack on the other had was excessively patient. He has been in love with her for years though but unfortunately while not wanting to tell her immediately and scaring her off, they learn of the pregnancy and she feels he only said the "love" word out of expectancy. It was a charming read. It was a good thing that this was written in a dual POV as again, I was getting tired of Laurel. But reading her POV, you could understand it a little more. Zack on the other hand, heck I would have said "yes" immediately. What a great male protagonist he was. I do recommend this story. There were so really great scenes especially in the beginning!!!

His Best Friends’s Sister is Book number two in the Devil’s Rock at Whiskey River series. This is Zach Banister and Laurel Lewis’ story. Zach wants to ask Laurel out but she is off limits since she is his best friend’s sister. I really loved Zach’s characters. Laurel is very independent but can be too stubborn sometimes. Are they going to give in and have a fling or will it be more? FYI, contains mature content. I reviewed an Advance Reader Copy of this book.

I am reviewing this book after receiving an ARC from NetGalley in exchange for an honest review. I was very impressed with the qualities of Zack’s character. He was a stand-up guy and was not afraid to let his feelings be known to Laurel and her brothers. Laurel on the other hand was really starting to tick me off. She went back and forth and messed with Zack’s heart. I was so frustrated with her indecisiveness that I almost didn’t finish the book. I would love to see how the burglary might’ve tied into Laurel’s ex and the mess of criminals he was defending. I felt that the ending was rushed and could’ve been developed more.

Excellent book, you can read it as a stand-alone or part of a series “Devils Rock at Whiskey River”. This would be book two in the series. This book is well written and is a must read! This book touches on many real life issues and has a really well written ending!

The writing was a bit stilted and the story could have been more exciting if it was an ok read.

Started strong but fell a little short for me, the twists were great and the plot was lacking in places. Struggled to fall in love with the female character :(

My best friend in the entire world marched with his little sister today in a city nearby. He's a gay white man. If…

This is the A$$HOLE who killed my sister. His mom calls my mom every year on Mother’s Day to say her son is in jai…

So when an invitation arrives for Hoseok's sister's wedding, he wants to refuse. However, he knows that if he doesn…

This is my little brother and his baby sister. What is my mom supposed to tell him when he says he’s scared of the…

Took my daughter and her best friend to the range- he is a young black man from "the hood" - his words- not mine. I…

@immzzyy_: Asalaamu alaykum all. This is a collection being raised by my sister, for her best friend’s father that passed away after con… 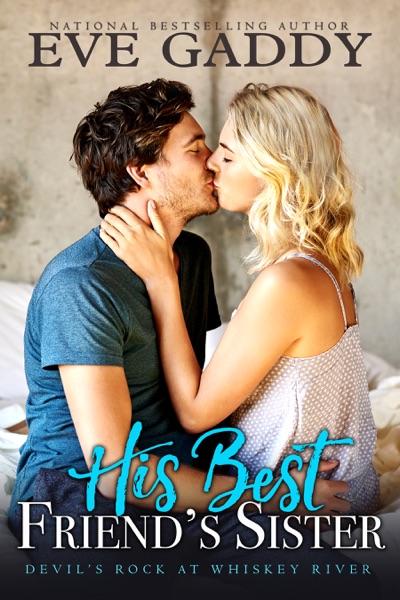