One of the great masterworks of science fiction, the Foundation novels of Isaac Asimov are unsurpassed for their unique blend of nonstop action, daring ideas, and extensive world-building. The story of our future begins with the history of Foundation and its greatest psychohistorian: Hari Seldon.

For twelve thousand years the Galactic Empire has ruled supreme. Now it is dying. Only Hari Seldon, creator of the revolutionary science of psychohistory, can see into the future—a dark age of ignorance, barbarism, and warfare that will last thirty thousand years. To preserve knowledge and save mankind, Seldon gathers the best minds in the Empire—both scientists and scholars—and brings them to
a bleak planet at the edge of the Galaxy to serve as a beacon of hope for future generations. He calls his sanctuary the Foundation.

But soon the fledgling Foundation finds itself at the mercy of corrupt warlords rising in the wake of the receding Empire. And mankind’s last best hope is faced with an agonizing choice: submit to the barbarians and live as slaves—or take a stand for freedom and risk total destruction.

From the Hardcover edition.

Wrctrnrth - What a fantastic book and series of books

I am a big fan of Asimov!!! I started reading in my 20s and read all books that I could find. I have enjoyed them very much that I read them twice or even 3 times. Now that I’m in my 60s, I have decided to read them again. I’m still in awe of his writing skills and I am getting more enjoyment out of the whole FOUNDATION series!! I intend to read more from this GREAT AUTHOR!!! He is truly one of THE GREATS!! Michael Paul Zaza

Exbusterr - Epic Must Read for all Sci Fi fans

I reread this after reading it by chance in college back in the 80’s. The story and concept is engaging. You see how it influenced Star Wars and other greats. Also keep in mind this was written circa 1950 and Asimov had to create a universe on his own from scratch. It’s part of one of the greatest epics ever written. This book is a great place to start the thousands of years of Galactic history he created in the Robot, Empire, and Foundation series. If you start here and read the original Foundation books then I would advise going back and reading the Robot novels and short stories then Empire then the Foundation Prelude Novels. Alternatively start with the Robot “Caves of Steel”.

This is a classic series for a reason. Really it should be required reading for all Science Fiction fans.

JenniferJamesGina - Worthy of the hype

This book is on every top 10 sci fi book list I am aware of...justifiably so. It is epic in scope. Great ending.

This was the first Asimov book I ever read. I was young at the time. As soon as I started reading it I knew I was in for a challenge. I thought, wow he actually wants me to think as I read. I give credit to this book, more than any other to help me become a good reader and to be able to understand complex concepts. Thanks Issac wherever you are. Out in space somewhere I'm sure.

I picked Foundation up on a whim in college at the university bookstore. I had been dabbing in sci-fi since I was little, but this book blew me away. The story's are timeless, woven together, span thousands of years and the plots and endings are unexpected. As other posts have commented, Asimov's entire universe is a must read: Robot, Empire, and Foundation series. I would recommend reading them Foundation series first then Back to Robot and Empires series.

I discovered the foundation series because as a science fiction fan who has read various sci-fi novels randomly, I decided to "go to school" and read what most consider to be the master works in the sci-fi genre - Asimov. Reading a sci-fi novel which was written over 65 years ago took some getting used to for me. The plot, characters, and concept are all outstanding. The depiction and descriptions of space travel and the concept of a "Galactic Empire" was very well conceived. The only thing that took getting used to were the personal technologies we have today which when reading "Foundation" makes it an obvious dated read. I had to constantly keep reminding myself this was written in 1951 and move on. Other than those small details, the book was fantastic.

I was really disappointed with this book. I had heard a lot of good things about it but I basically started disliking the story from about chapter 3 or 4. Was this Asimov's first book? Because it is poorly written. The dialogue is not believable (people don't carry on conversations that way). His use of italics seems almost random at times. The whole "foundation" of this novella (psychohistory) makes for a lame story where it doesn't matter what anyone does because the further has already been determined. The main characters are not likable, especially Hardin. I hated him. And worst of all, it blurred the lines of religion and science and asked you to put blind faith in a single scientist. Ugh. I hated it.

Um, sorry for being dense, but what was updated? I mean really, an app comes with at least some description of what the update was for. I mean if it's just a different cover, skip. But if it's something more substantial, shouldn't people at least know what? Thanks...

One of the books that began my love of science fiction and history.

Through The Eyes Of Maij - A masterpiece!

Like The Lord Of The Rings trilogy and Stranger In A Strange Land, the Foundation series (especially the original trilogy) are books that I have read many times over the decades since the late sixties when I first 'discovered' them. These books, along with a few 'honorable mentions' such as Songs From The Distant Earth have become wonderful stories that continue to offer me the reader just a little more each and every time I read them. These are all great works that rely on great dialog rather than mere action to carry the story. Although Lord Of The Rings also contains a lot of so-called action, it is the dialog that truly Makes it great. I love the way characters in these stories cut their teeth on each other, and at the same time bring the reader along for the ride. If they ever do finally make the movies on the foundation series, I can only hope they realize that Peter Jackson's approach was successfull not only because of the wonderful special effects, but because he honored the spirit of the trilogy (as well as the dialog!), I can only hope they don't make the same mistake they made with I Robot, while not a horrible movie, not anything like the novel, and therefore not... I Robot! Thank you Issac for so much pleasure throughout my lifetime!... RIP.

If you've never read Isaac Asimov then start right here with Foundation. Asimov's writing style is clear and direct with characters you'll care about. The best part is, if you find you're a fan, there is so much more to read after Foundation. Foundation is just the beginning.

Simply amazing. I will not say more, you must experience it yourself

One of the best books by Asimov. Highly recommended.

This book was fantastic!

What a clever and sweeping expanse of future history. Asimov's writing is as much sociology, politics, and psychology as it is science fiction. Clever characters and politics carry the story as much as the visionary view of a technological future with ideas that are still relevant 60 years on (and many of which have come to pass).

Level Up Fitness - A must read

I will leave this simple. If you claim to enjoy science fiction then you must read this. End of line..

Gander2112 - A staple of any SciFi collection

The Foundation Trilogy (& it's additional volumes) is mandatory reading. In it, Isaac Asimov weaves a tale of intrigue and human interest that is timeless and classic. Set in the far future, it describes the pending fall of a galactic empire, and one man's quest to shape the turmoil into a second empire. Read the series, and I bet it is a set that you will periodically reread.

I read these as a teen. Great epic tales of a future that is fascination and wondrous. A good read for anyone who enjoys science.

@drapr007: #BREAKING : During the scrutiny, it found that China was financing Rajiv Gandhi Foundation led by Congress Chairperson Sonia…

@republic: #CongChinaCash | Why did Rajiv Gandhi Foundation take the money from China? It is shameful: Savio Rodrigues- Chief Editor, Go…

@CharraDeejay: Lets keep it blazing, I'm in the building ready to give u the best mix of music.. Its all about Foundation #JAHMROCKDOBA…

@PrinceArihan: I am at loss of words at this shamelessness of Sonia Gandhi, @RahulGandhi and @priyankagandhi that you take 90 lakhs from…

@AmanKayamHai_ET: In the annual statements of the Rajiv Gandhi Foundation which are public, one of the donors is Prime Minister’s Nation…

@lakshmianand96: The brazenness of @INCIndia shocks me. I am fairly certain that the Rajiv Gandhi Foundation's money has never ever been…

@ARanganathan72: The Rajiv Gandhi Foundation appears to be like an offshore shell company. It is little more than a kennel for lapdogs.… 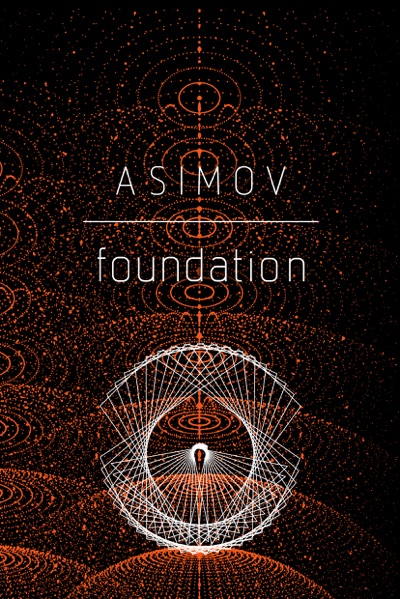