Featuring the first appearance of Rorschach, Ozymandias, Dr. Manhattan, Silk Spectre, Nite Owl, and the Comedian! When the Comedian dies, a series of events are set into motion that bring the world ever closer to a deadly threat no one saw coming.

I own the graphic novel, but have never read it. I’m saving it for a rainy day. 😎 So, this graphic novel takes place the year my brother was born...

@buttermilk1 It's chilling how much it looks like this panel from Watchmen (1986!).

Yes, I’m a fan of the 1986-1987 comic book maxiseries Watchmen by Alan Moore and Dave Gibbons

Watchmen #1 (1986). One of the comics that led to a major shift in the industry. It's considered by many to be the… 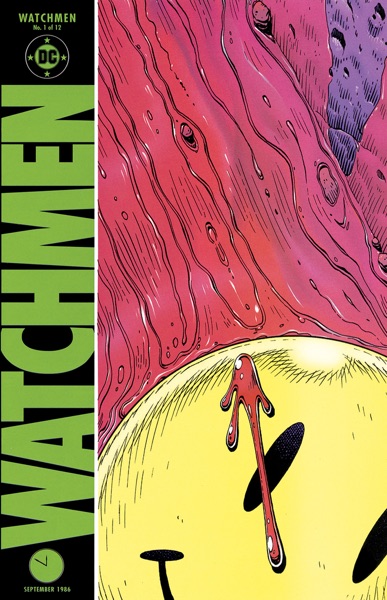