Mine Until Moonrise by Jennifer Bernard Book Summary

It’s a fine line between feuding and flirting...

Ever since Megan Miller arrived in stunning Lost Harbor, Alaska, she’s been at odds with boat captain Lucas Holt. They’re opposites in every way. She’s a city girl, he’s from an Alaska homestead. She runs nature tours, he’s all about big-money charters. He’s also arrogant, annoying and oh yeah, wildly attractive. Lost Harbor would be the perfect escape from the tragedy that sent her running--except for her feud with the hottie captain.

Lucas Holt came home for one thing—settle his father’s affairs then hightail it back to Colorado. So why is he still here? Is it because there’s something fishy about his father’s death? Is it the endearingly eccentric locals and enchanting scenery? Or could it be Lost Harbor’s newest resident, a sassy scientist who’s as sexy as she is stubborn? Arguing with Megan is the best foreplay he’s had in years.

Until one of Lost Harbor’s dangerous storms tosses everything up in the air, and a feud turns to a passionate affair--with stakes higher than Megan ever imagined.

Jennifer Bernard - Mine Until Moonrise Comments 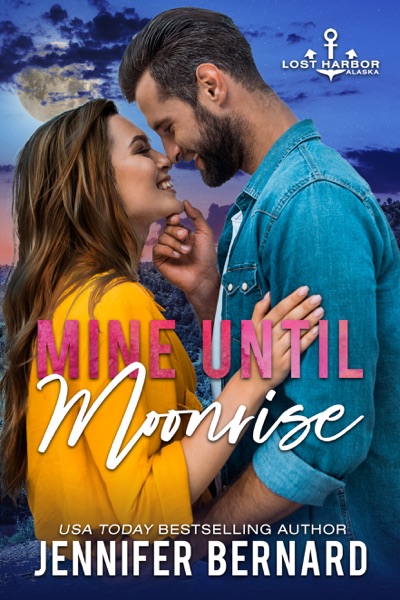 Mine Until Moonrise Synopsis