As NY Lt. Eve Dallas and her billionaire husband Roarke are driving home, a young woman—dazed, naked, and bloody—suddenly stumbles out in front of their car. Roarke slams on the brakes and Eve springs into action.

Daphne Strazza is rushed to the ER, but it’s too late for her husband Dr. Anthony Strazza. A brilliant orthopedic surgeon, he now lies dead amid the wreckage of his obsessively organized town house, his three safes opened and emptied. Daphne would be a valuable witness, but in her terror and shock the only description of the perp she can offer is repeatedly calling him “the devil”...

While it emerges that Dr. Strazza was cold, controlling, and widely disliked, this is one case where the evidence doesn’t point to the spouse. So Eve and her team must get started on the legwork, interviewing everyone from dinner-party guests to professional colleagues to caterers, in a desperate race to answer some crucial questions:

What does the devil look like? And where will he show up next?

I love these books, even after all this time each book is a original. Love the suspense, and the hunt for the murderer.

As always, Roberts don’t disappoint. I love the dinámicas between Dallas and Roarke, although I would love to see something happening to Dallas in Roark’s world! Maybe she gets hurt traveling with him, and some dark characters do dealing with Roarke when she is able to help them pinpoint an enemy that killed the BIG BOSS.

This book has it all.

WOW ! This was loads of fun and action. Great characters, great story lines and the type of read that won't let you put it down ! Don't let this police story set in the future scare you off. It's not as far fetched as you might think. It's a very well written murder mystery.

A poor example of what she is capable of.

Awesome read! Couldn't put it down Nora does again!

This book had no suspense and can hardly be called a thriller. In fact, it was just boring and a...actually not even worthy of a long review. Sorry!

Excellent as always. Cannot wait for the next one.

Interesting, except for some of the " characters ". Drones and droids, without an explanation what century they exist in. A lot of what maybe cop talk which makes linking the characters as who they are discussing.

Unhappy with purchase - Echoes of Death

Trite and poorly written, read like a sample of fiction from a high school class.

Received my book on release date and decided to save it for recovery from surgery at end of February. It was hard to wait. Well short story long - surgery postponed until March 8th, told myself I'd just read a little. Silly me, couldn't stop reading. Excellent, excellent. I got teary eyed at the end. Story had an underlying tone of real warmth and tenderness. Now what to read as I recover? Enjoy!

I have read every single book this author has written. Because of that I am first in line for the next one. She just can't write a bad book. Her talent and imagination is mind boggling. I know her characters because she makes them so real. There's love, sex, friendship, family, hurt, and healing. There is also fun and laughter. Another hit for her In Death series !

JD Robb... wow another great book! It was never boring. It kept you on your toes! Eve & Roake are my favorite characters! A must read!!

Excellent book, great characters and suspense throughout the book

A must read. J.D Robb nailed it with this one

Best JD Robb book And I've read all of them

isalaur - Yet another compelling read from JD Robb

This is a great addition to the In Death series. Once again Eve Dallas if faced with a horrendous crime that brings back awful memories for her (the "echoes" in the title). The way the story progresses is well paved and interesting. Obviously those of us who have read all the previous entries in the series know what to expect from Eve and Rourke. We are not disappointed as we see their relationship further develop and see even more recognition from Eve as to how her life has changed for the better. She is better able to express those feelings now and that is so meaningful to Rourke. While I completely enjoyed the book I do have to say I was quite disappointed in the lack of appearances by series regulars that we have come to know and love. Hopefully we'll see more of them in the next chapter in the In Death journey.

This book was a page turner from the start. My only regret is that I finished it so fast! Read it people you won't be sorry!

Love these characters. Have followed since the first book. So entertaining. Will keep on reading these as long as they keep coming out.

Another amazing story by Nora Roberts! Special thanks to an author who never disappoints and can't write fast enough for a lot of us!

And as Kelley approaches death, he echoes Sisko’s speech in “Emissary”: “What I've seen proves we were right t…

@JDGreysonwrites @TonyThePoett When life pauses for death What do you hear? Birdsong Trees bowing to the breeze The…

America is a Death Cult to the Old Ones; its priests squirm in the algorithms of a lost cause, sacrificing everythi…

@revgregerhabor: The power within you will win over the chaos outside you. Your light no darkness can quench. Your hope the echoes of di…

Robert Kennedy Jr.: “Pharmaceutical Drugs Are Now The 3rd Leading Cause of DEATH” In US – Oh for crying out loud!…a…

Robert Kennedy Jr.: “Pharmaceutical Drugs Are Now The 3rd Leading Cause of DEATH” In US – Oh for crying out loud!…a…

@KenSilverstein1: This is truly sickening. And this from story about more to come. “The original execution plan last year appeared to be… 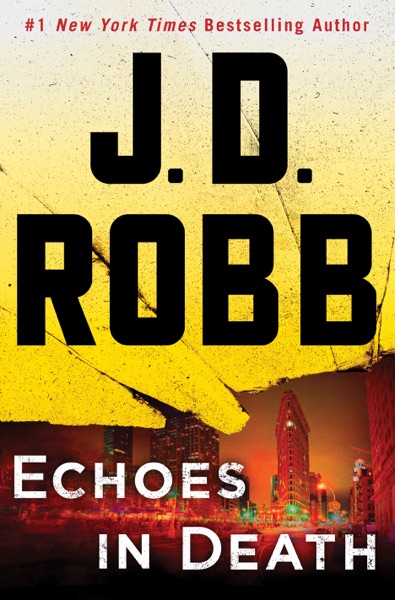