Reeling from the death of her daring Navy SEAL brother, reserved McKenzie Prescott decides to honor him in the only way she can think of—by finishing his bucket list. Suddenly, she’s doing things she’s never dreamed of—like jumping off waterfalls, and learning to scuba dive.

And when she meets an intoxicating stranger in Las Vegas, she decides to do something else that’s daring...

A respected Navy SEAL until his job cost him his family, Noah Payne has gone off the grid with one thing on his mind—revenge. His current mission—to locate a missing shipment of guns—is the last piece of the puzzle, but his only lead is Liam Prescott, and he’s dead. Getting close to Liam’s sister, McKenzie, is his best bet to find the information he needs.

But keeping his hands off the sexy McKenzie is turning out to be the real challenge...

C Karian - Noah and McKenzie are HOT in this new series!

I have loved Brynley's writing from her Black Brother's Trilogy. I know she can write hot man in tantalizing stories with juicy love scenes, so I was excited to see this book published. Rogue is a crazy, unique story that will keep you on the edge of your seat wondering, imagining and trying to figure the plot line out before it's revealed. But give up, now, don't resist. Just enjoy the story because you WON'T figure it out. Brynley's mind is one twisted, crazy mind and her story line here is just as evil. My mind is still running with the many possibilities and I have finished the book. But I will say, you can go on a tropical vacation in this book imagining all the beautiful places the characters sail to as Brynley describes each destination in gorgeous detail. It makes you feel like you are right there with the characters as they try to complete their mission. So we meet McKenzie Preston, young innocent girl who has two close friends who are her family. She has lost her real biological family and these girls are all she has left. McKenzie's brother, Liam, was a Navy SEAL who was killed in combat. He left behind a bucket list of things he wanted to do before he died. Since he couldn't finish them, she decides to check the items off one at a time. Now these are not little everyday items. Try jumping off of a waterfall in Costa Rica, or snorkeling in the Philippines, and diving in Malaysia. But there is one tiny problem for McKenzie. She is scared to death of getting out of her comfort zone. So as the book opens, she is ready to take that first leap and I think she would rather throw up first. Accomplishing this list will be no easy task, but she is determined to do it. Maybe her brother can help her live her life to the fullest. But she can't do it alone. So help is around the corner but is it good, honest help or does she find trouble lurking in the shadows? Her brother Liam has been suspected of engaging in some illegal activity and the people involved want their products. These bad people think McKenzie knows where their shipment is hiding and send an ex-Navy SEAL, Noah, to find her and their merchandise. But he doesn't plan for the unexpected feelings that develop. Noah has shut off and walled up his heart after losing his family to the drug lords. Now Noah must protect his heart and his life while trying to complete the mission at hand. The story heats up when there is conflict that the couple encounter. Unknown forces are trying to also find the items and the couple, so you never know when they will have company or conflict as they try to complete the list. The chemistry grows between them and gets very hot. Thank goodness there is water surrounding them for most of the story. You need to cool off after a night on the boat. The scenery is gorgeous and relaxing and the main show on the boat is hotter than you will imagine. I like McKenzie's character, she is timid and shy due to her past but learns to be strong. In a way her brother helps her find strength to be a stronger person and want to be happy and take life by the horns, so to speak. Especially with some of the bucket list items. Noah has a dominating personality who has some internal issues to figure out. Listen to his heart or his head and at the same time, keep them safe from whatever unknown forces are after them. Being an ex-Navy SEAL, you can imagine he has a nice body and a strong personality that can be harsh and demanding at times but it fits his character well. Walker, Liam's Navy SEAL brother, is introduced later in the story and is there to more or less look after McKenzie. When he catches wind of the adventure McKenzie and Noah are on he steps up to help them. Now with the extra help, there should be some answers. My mind is wandering and I still don't know whether to trust Noah or even Walker. Someone knows something and they aren't talking. I just hope McKenzie doesn't get her heart broken or else I will come after Noah myself. LOL. I am looking forward to the rest of this series. I need to know the answers to all of my questions. Brynley has left me on the cliff in Costa Rica waiting for answers but I know they will be good when they come! I can't wait!

This was a good book. It had some really hot BDSM love scenes & an entertaining story! In real life, I think the heroine would have been robbed within a week of traveling! She was so naive that I kind of got annoyed with her! I was left with a lot of questions after finishing this book, which I don't like. I want the story to wrap up at the end. I wouldn't say it was a full on cliffhanger, the main characters story wrapped up but there are a few...loose ends. Now I'll have to read the next book to get the rest of the ending! But it was still a good book! *I received a copy of this book in exchange for an honest review!*

I really liked this one! It is a great blend of mystery, suspense, and steaming hot romance. After losing her brother McKenzie Prescott is determined to live life large and finish her brothers bucket list. She's definitely going to need help completely some of the more...ummm...sexy items on the list so who better to ask than an incredibly hot stranger she meets in Vegas. Noah is a former SEAL who is now out to avenge the death of his wife and daughter. Getting close to McKenzie Prescott is necessary to complete his current mission. Never realizing how necessary she will become to his heart. I highly recommend this one.

Thief of the Night, rogue out of sight, how many hearts have been stolen? Those who you’d meet and you’d promise to…

@mattduss: Hard to express how utterly absurd and embarrassing this is. UN sanctions haven’t returned, the UN rejected US efforts to rei…

@Izik013: After the elections we’ll have to call out @GovernorObaseki because his state has been overrun by rogue SARS officers who bull…

@Uptotherewithit: @2tweetaboutit @MailOnline I can't understand why we're still accepting so much immigration from Pakistan. They're goi…

@manaskpalit: I am getting tons of messages reg. hotstar a/c. As i am not doing open giveaways due to some rogue ppl, i will select onl…

@bendragonborn: Charla and the Rogue Watcher (The Six Worlds Book 4) will be available on #KU until the end of October. Read it free til…

@williamwhiz1: From years gone by, Rogue Trooper-War Machine by Dave (Watchmen) Gibbons and Will (Game of Thrones) Simpson (me)! Printe…

Just hate China. Anyone with a brain can see that you are a bullying and rogue state without any morals or values.…

@FosterBoyMovie: When private companies interfere with foster care, vulnerable kids turn into profit and aren't given care, support, or…

@mattduss: Hard to express how utterly absurd and embarrassing this is. UN sanctions haven’t returned, the UN rejected US efforts to rei…

I quit playing Rogue Legacy because I felt like I was too shitty at it. I went on many runs where I couldn't get en…

What do you think about Rogue: Brynley Blake book? Ask the bookpedia.co community a question about Rogue! 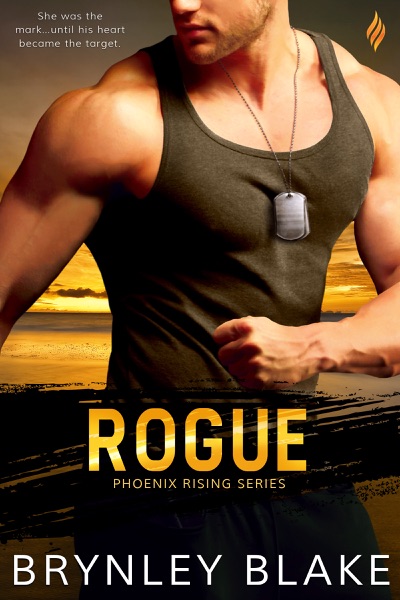