In this captivating novel, national bestselling author Fiona Davis takes readers into the glamorous lost art school within Grand Central Terminal, where two very different women, fifty years apart, strive to make their mark on a world set against them.

For most New Yorkers, Grand Central Terminal is a crown jewel, a masterpiece of design. But for Clara Darden and Virginia Clay, it represents something quite different.

For Clara, the terminal is the stepping stone to her future. It is 1928, and Clara is teaching at the lauded Grand Central School of Art. Though not even the prestige of the school can override the public's disdain for a "woman artist," fiery Clara is single-minded in her quest to achieve every creative success—even while juggling the affections of two very different men. But she and her bohemian friends have no idea that they'll soon be blindsided by the looming Great Depression...and that even poverty and hunger will do little to prepare Clara for the greater tragedy yet to come.

By 1974, the terminal has declined almost as sharply as Virginia Clay's life. Dilapidated and dangerous, Grand Central is at the center of a fierce lawsuit: Is the once-grand building a landmark to be preserved, or a cancer to be demolished? For Virginia, it is simply her last resort. Recently divorced, she has just accepted a job in the information booth in order to support herself and her college-age daughter, Ruby. But when Virginia stumbles upon an abandoned art school within the terminal and discovers a striking watercolor, her eyes are opened to the elegance beneath the decay. She embarks on a quest to find the artist of the unsigned masterpiece—an impassioned chase that draws Virginia not only into the battle to save Grand Central but deep into the mystery of Clara Darden, the famed 1920s illustrator who disappeared from history in 1931.

The Masterpiece by Fiona Davis is a dual timeline novel. It is April in 1928 in New York City where Clara Darden works as an illustration teacher at Grand Central School of Art. She is the only female faculty member and looked down upon because she is woman and an illustrator. After being taken under the wing of Oliver Smith, a poet and Levon Zakarian, a brash artist, Clara’s star starts to rise. Clara becomes the go-to illustrator for Vogue and she even designs a car. But looming on the horizon is the great depression and a horrible accident. Virginia Clay has been divorced almost a year and is forced to get a job in 1974 New York. After being unsuccessful as lawyer’s secretary, Virginia is assigned to the information booth at Grand Central Terminal. The building has deteriorated over the years and now there is a lawsuit to demolish the historical landmark to pave the way for a skyscraper. Virginia gets lost one day and stumbles into the area that once belonged to the Grand Central School of Art. She spies a beautiful painting hidden behind a cabinet in the storage room after an unexpected encounter. Virginia is drawn to the work of art and decides to take it with her. Little does she know that this one act will propel her into a mystery that goes back to 1928 and will include threatening letters. I found The Masterpiece to be an engaging story. It is well-written and has steady pacing. The POV switches between Clara and Virginia as the tale unfolds. The transitions were smooth, and it was easy to keep track of the various characters. Fiona Davis is a descriptive writer which brings the book alive. I could picture Grand Central Terminal in my mind along with New York from Ms. Davis’ word imagery. I cannot believe that people wanted to demolish this architectural masterpiece. I felt she captured the time-periods with the language, clothing, the lifestyles and attitudes. I could tell that the author did her research and it was interesting to learn the history of the Grand Central Terminal. Ms. Davis created realistic characters that fit into their time periods. I preferred Clara over Virginia. I loved the descriptions of Clara’s artwork and how she evolved as an artist. I liked that Virginia cared for Grand Central Terminal and was willing to do what was needed to help save the building. The mystery was clever, and readers will be surprised at the reveal. Fiona Davis crafted a historical novel with a complex plot that will capture readers attention and hold it until the very end. The Masterpiece is my favorite novel by Fiona Davis and it is one of the best books I have read in quite some time.

I was really disappointed in this book. I could not finish it.. the main characters were insipid and I was unable to believe either one of them.

@codhollifield @sspacekiddo @Themilesgreen OH! AND WHAT ABOUT PITCHFORK? NFR is the most acclaimed album. Billie's…

@ohtemari: look who finally arrived at the red carpet! can’t wait to see him perform his iconic masterpiece, the tailed beast counting s…

@byulieve: Hello Mama is the underrated masterpiece. For me, it's a perfect song to describe the feelin' when you're entering adulthood…

@ohtemari: look who finally arrived at the red carpet! can’t wait to see him perform his iconic masterpiece, the tailed beast counting s…

There are two types of people on Earth: those who believe Spike Jonze's Where the Wild Things Are is a masterpiece and those who are wrong.

@OYE_SuDARSANSuN: @officialvee @GuruOfficial Yo sir u r now in action mode. The #BOMB iz on process Great 2 see the studio where The #B…

@jcfizzzy: genuinely if you have not yet taken the time to read/watch this thread you are sincerely missing out - what a masterpiece

@jcfizzzy: genuinely if you have not yet taken the time to read/watch this thread you are sincerely missing out - what a masterpiece

@cIassicsrocks: the wayfaring stranger scene in 1917 is so breathtaking. CINEMATIC MASTERPIECE

@hellokpop: Another musical masterpiece from #DAY6's #Jae? Yes please! Mark the last day of January down, My Days, because the newest s… 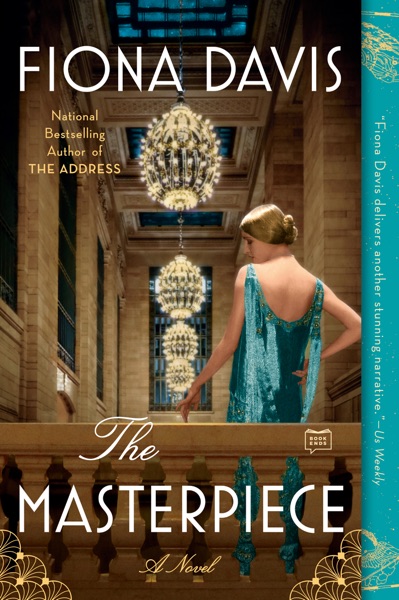