NEW YORK TIMES BESTSELLER • When did America give up on fairness? The author of Fantasyland tells the epic history of how America decided that big business gets whatever it wants, only the rich get richer, and nothing should ever change—and charts a way back to the future.

“The one book everyone must read as we figure out how to rebuild our country.”—Walter Isaacson, author of Steve Jobs and Leonardo da Vinci

During the twentieth century, America managed to make its economic and social systems both more and more fair and more and more prosperous. A huge, secure, and contented middle class emerged. All boats rose together. But then the New Deal gave way to the Raw Deal. Beginning in the early 1970s, by means of a long war conceived of and executed by a confederacy of big business CEOs, the superrich, and right-wing zealots, the rules and norms that made the American middle class possible were undermined and dismantled. The clock was turned back on a century of economic progress, making greed good, workers powerless, and the market all-powerful while weaponizing nostalgia, lifting up an oligarchy that served only its own interests, and leaving the huge majority of Americans with dwindling economic prospects and hope.

Why and how did America take such a wrong turn? In this deeply researched and brilliantly woven cultural, economic, and political chronicle, Kurt Andersen offers a fresh, provocative, and eye-opening history of America’s undoing, naming names, showing receipts, and unsparingly assigning blame—to the radical right in economics and the law, the high priests of high finance, a complacent and complicit Establishment, and liberal “useful idiots,” among whom he includes himself.

Only a writer with Andersen’s crackling energy, deep insight, and ability to connect disparate dots and see complex systems with clarity could make such a book both intellectually formidable and vastly entertaining. And only a writer of Andersen’s vision could reckon with our current high-stakes inflection point, and show the way out of this man-made disaster.

Bond villains have given us the idea that we need to worry about evil geniuses. Maybe true in British spy circles,…

@EvilGeniuses: Thank you, @PPMD for being part of the Evil Geniuses legacy, and having an extraordinary impact on the Smash community. A…

@EvilGeniuses: Thank you, @PPMD for being part of the Evil Geniuses legacy, and having an extraordinary impact on the Smash community. A…

this book is for narcissist 😭 or ppl planning on becoming evil geniuses. or sociopaths. really all the same

I’m so invested in #WandaVision on Disney Plus rn... Evil geniuses for only giving me two episodes 😭 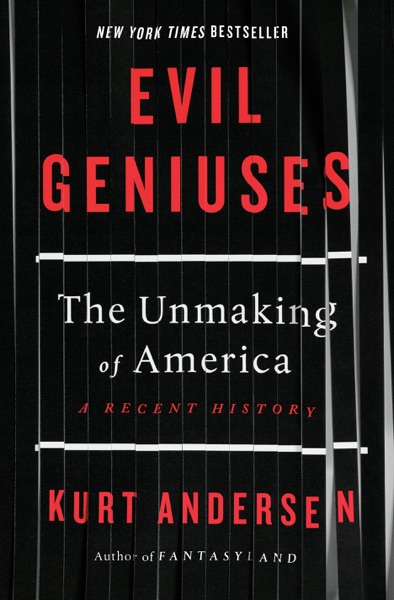