Published: 21 July 2020Book Score: 0/5This book hasn't received any reviews and votes yet!

Stirring up trouble in New Orleans ...

Eager to shake up her drinks and her life, mixologist Pepper Revelle jumps at an invitation to join the elite Bohemia Bartenders. Leader Neil thinks she’ll be the perfect advance gal for his team at a colorful cocktail convention in her hometown of New Orleans, but the job turns out to be more bananas than a drunk monkey. Setting up the key tasting for their distiller client, she and Neil discover their whiskey has gone dangerously bad. But how? And was this shocking poisoning more than an accident?

As Pepper and Neil try to figure out what happened, keep the drinks flowing and help distiller Dash Reynolds survive the weekend, they find themselves the target of increasingly scary attacks. Maybe it’s the danger, or maybe it’s the drinks, but Pepper also can’t help an inconvenient attraction to cocktail nerd Neil as they stir up trouble and try to figure out who’s out to get them — before they’re sliced and squeezed like a lemon twist in a Sazerac.

Risky Whiskey is the first book in the Bohemia Bartenders Mysteries, funny whodunits with a dash of romance set in a convivial collective of cocktail lovers, eccentrics and mixologists. These cozy culinary comedies contain a hint of heat, a splash of cursing and shots of laughter, served over hand-carved ice.

NAMED ONE OF THE BEST BOOKS OF 2020 by The Book Decoder!

WHAT REVIEWERS ARE SAYING

“I had a little too much fun reading this book! … a well written fun mystery full of surprises and well rounded characters offset by an intriguing atmosphere. A must read for cozy fans. I totally loved it so I give it 5/5 stars.”
– Books a Plenty Book Reviews

“A fast-paced mystery with drinks and fun characters taking charge. … I think that Ms. Lakestone has a hit here. The Bohemia Bartenders Mysteries is a great series. I am rating Risky Whiskey by Lucy Lakestone with five stars.”
– Baroness’ Book Trove

“Of all the cozy debuts I have read this year, Risky Whiskey is the best! … Lucy Lakestone is a marvelous storyteller.”
– The Book Decoder

@amstillreading @roisinmeaney The wine makes you sleepy so stick to the whiskey Wondering now... drink both? Or to…

@AllenOrDaisuke I’m not sure yet. Lots of things felt very risky. Leaving my ex felt like a huge risk for multiple…

@quarantinedtop: I thought she was saying whiskey whiskey and i was like damn this bitch wants to get turnt but she’s saying risky risky…

@HarveerBrar10 Jatt getting too risky off the whiskey 🥃

@Seeker Which ice should i use in my whiskey, because i don't wanna make it risky😉 ice h or ice c ??😬

Brandy will make you high, holyspirit will rebrand you, so you become higher than whiskey has ever made you, making…

@AbzKB_ @hhaizsaorkda0 make sure u don’t get too whiskey (risky) 😂

RISKY RISKY WHISKEY WHISKEY THIS IS AN EMERGENCY😌❤️ 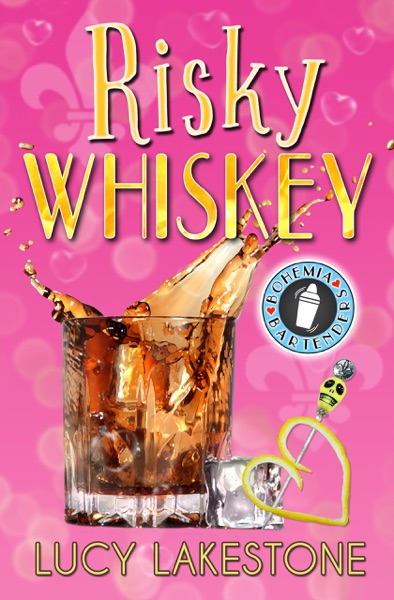