"I was truly captivated with the relationship and how it grew in the best, and yet flawed way." ~White Hot Reads
Once upon a time, a girl attended a big party at the palace, met a prince, and they fell in love…
My name is Claire Montgomery, and I’m no princess. I’m a fighter. I’ve worked hard to earn my place with one of the largest public relations companies in the country, and I’m on the verge of one of the most important victories of my career. We’ve been called to Stone Global Corporation to clean up the family’s filthiest laundry, and I’m on my game. I’m ready. But am I ready for Killian Stone?
They say it’s never too late to live happily ever after…
I’m Killian Stone. They call me the Enigma of the Magnificent Mile. Elite tycoons want into my bank account, and their wives and daughters want into my pants. They’ll do anything for a piece of the enigma―until a crack in our castle is too large to ignore. I’m thrilled. This scandalous fissure distracts everyone’s attention from the bigger secret I’m hiding. But when Claire Montgomery walks through my door, I’m captivated. For the first time in my life, I long to shed the enigma. To share…my secret.

A little confusing but time flies reading this book

I love this book. Can’t wait to read the next book of this series. ☺️

Great read except for the torrid details of love making.

Crazy not lazy - No Prince Charminng

This book had everything. It was realistic, funny, heart-warming, and I can't wait to read it again.

Victoria Blue & Angel Payne worked together seamlessly to give us a modern day fairytale. Full of a horrible stepmother & stepsister about to ensnare the princesses loving but lonely & gullible father. The Prince and Princess face what seem to be insurmountable problems, exasperated by the wicked stepsister. Will true love concur all? Well, it is a fairytale.

Bellereader - Slipping Into An HEA

Killian and Claire are Bibbidi-Bobbidi-Boorific! Killian needs a PR firm to help him remake his brother Trey’s image. The scandal from his older brother has left him scrambling and he needs to find somebody to spin it. When he meets with Asher and Associates and gets an eyes on the delectable Claire he knows she’s just the girl to help him with oh so many things. Working for her Stepmother and Stepsister at the PR firm has never been easy and when Killian Stone comes looking for some reputation assistance they have their eyes set on them. Her stepsister has her eyes on Killian and warns Claire way and threatens her away should she get any ideas. There’s no stopping the insane chemistry she and Killian share, but a warning to this fairytale it shall be continued in book two, so a HFN is on the horizon.

Simply awful! I couldn’t even finish it as the storyline was so tedious and the dialogues so stupid that I hated both characters and couldn’t invest in them enough to care what happened.

Loved it. If only there were real men just like Killian Stone

Truth must prevail Intriguing One needs to believe in fairies

Erin Lewis aka Maimeo's - A good start to the series

4 Star Review of No Prince Charming (Secrets Of Stone #1) by Angel Payne & Victoria Blue The first book in the Secrets of Stone series and it is off to a good start. If this series is not on your TBR list then I suggest that you add it. This was a fast paced book, full of secrets; a fun and quirky take on Cinderella. From the start I was entranced by Killian Stone and I was excited to see who the woman who would capture and hold his attention would be; Claire Montgomery did not disappoint. Claire is a member of a PR team that has been called in to clean up the image of Stone Global Corporation. She has her own secrets, ones that she is determined will not be exposed. Claire finds herself attracted to Killian and when you throw in the fact that Killian is enthralled with Claire, complications are sure to arise. Killian too has his secrets which he is bound and determined to keep, but all is not as it seems, despite the confident persona that Killian shows the world. No Prince Charming is smoking hot and certainly delivers on the sizzle.Told in dual POV’s it will spark your interest and keep you entertained. Both Ms.Payne and Ms. Blue obviously work well together as it was impossible to determine who wrote what.

KING This is no Prince Charming. Love, the dragon.

The way I’m about to look like Cinderella at prom,,,,but no Prince Charming haha 😔🤚🏻

First impression: no wonder these people are single 🤦‍♀️ The guy who goes by his last name is a douche, Jessica is…

@BubetteS He literally looks like a drugged out homeless person. And he was no Prince Charming to begin with lmao

And 3. That no one is lying in bed at night dreaming of a Prince Charming who is an overweight, bald man in his lat…

DONKEY This is no Prince Charming, but they sought the gossamer curtains to worry about a kingdom far, far away, the voice 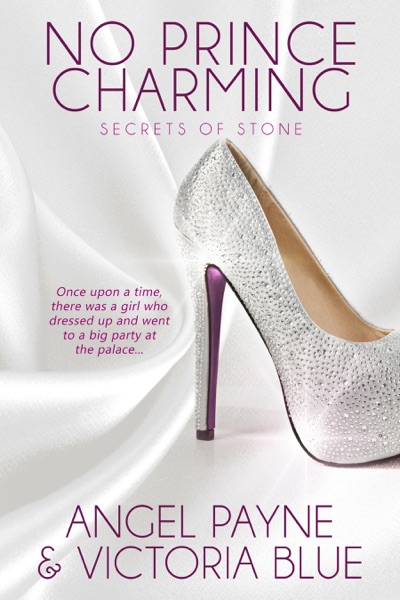